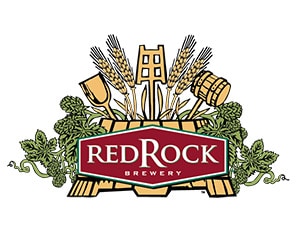 Rock Brewery has earned a national reputation as one of the most creative breweries in the country. Our beers have earned more than 100 regional, national and international awards. Our original brewpub in downtown Salt Lake City has been named ‘Brew Pub of the Year’ by Brewpub Magazine and ‘Large Brewpub of the Year’ by the Great American Beer Festival.

We are a Self Distributing Brewery

As a self-distributing brewery, we have complete control of our delivery schedule and service experience. We pride ourselves on being flexible and attentive to our local bar and restaurant partners.

We Sell Direct to the Public

The best selection of Red Rock Beers can be found at the Beer Store located inside of our production brewery. This is the home of the freshest Red Rock Beer on the planet!

Buy From Our Local Grocery Partners

Red Rock's grocery brands are sold exclusively at Harmon's and Whole Foods stores throughout Utah.  We value our partners for their commitment to supporting local businesses and premium craft beer.

Our production brewery is responsible for brewing and packaging all of our bottled beer and high-volume draft beer.  There's no command and control button-pushing happening here.  Just a lot of hard work, commitment and passion to bring our customers good beer.