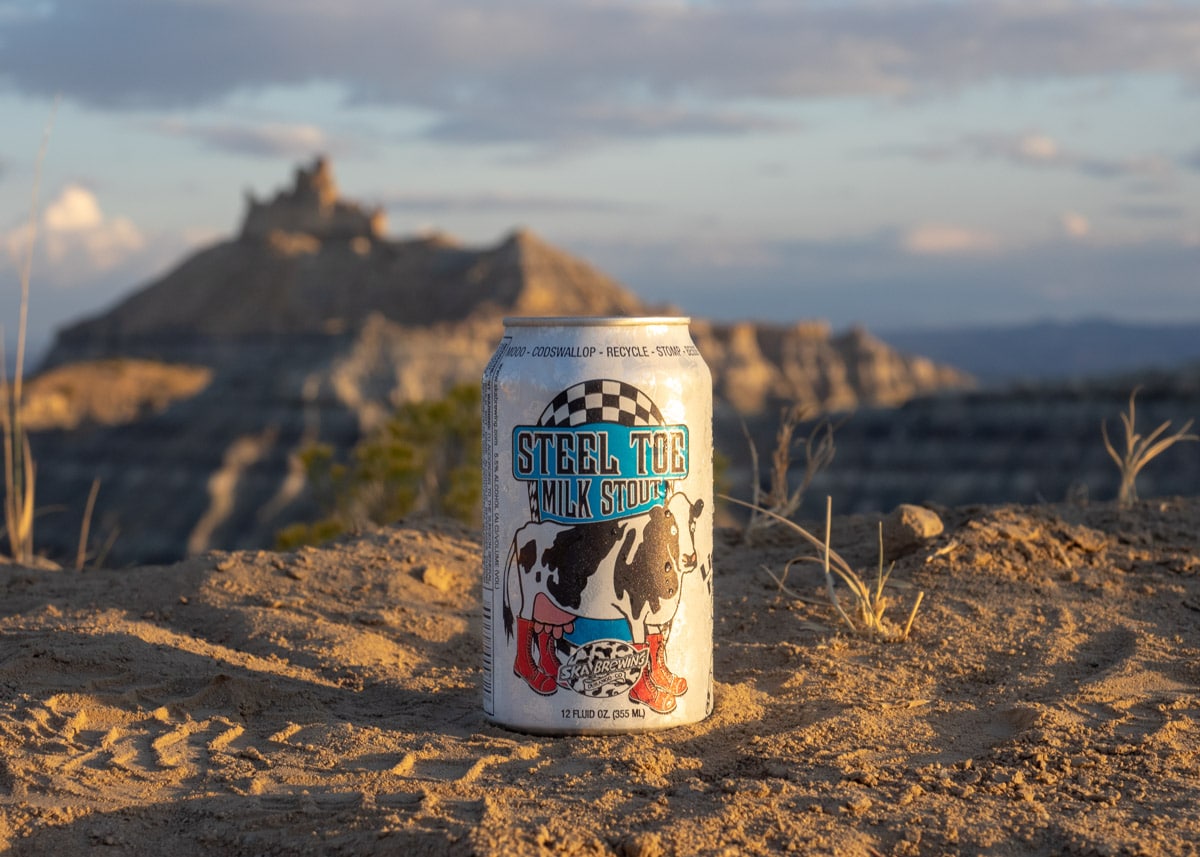 Road trips have become a crucial part of life for my husband and me. They hold the promise of adventure, unridden trails, and beer not yet tasted. In looking for a new destination to visit, we stumbled on the Santa Fe Mountain Fest, an outdoor event that combines the love of bikes, trails, beer, music, and food. Sounds like the perfect fit! The number of awesome destinations within a day’s drive of Salt Lake City is constantly surprising me. This was our first trip to Santa Fe, and I’m honestly not sure what took us so long! The road to our journey’s end took us through Moab, Colorado, and into the cultural lands of New Mexico. It’s a trip I can’t wait to make again because I loved every mile of it!

To break up the drive and fully enjoy all it could offer, we decided to stop in Durango, Colorado and spend a couple of nights there with a friend. It’s a gorgeous little mountain town on the Animas River with plenty of opportunity to wander the mountains that surround it. There are plenty of trails and a handful of breweries to visit, if you’re so inclined. A quaint historic downtown and a 19th century steam engine train that runs through the San Juan National Forest to the mining town of Silverton offers a peek into times past.

Durango is also an anchor point of the 567-mile Colorado Trail that connects it to Denver through the scenic peaks and valleys of the Colorado Rockies. We opted to ride a portion of the trail as a shuttle from Kennebec Pass. Hermosa Tours offers a ride up the slow, winding dirt road to the trailhead that sits at 11,600 ft above sea level. Then it’s a challenging 22 miles and a more than 6,000-foot descent back to Durango with over 1,000 feet of climbing in the middle of the ride. The views are epic, and the trail offers a lot of varying terrain from rocky, exposed sections above the tree line to techy creekside riding in the shade. We had a lot of fun but were pretty worn out by the end of it. That climb was no joke! If you aren’t committed to a big ride, there are a lot of other options in the area. I’d love to return and explore some more. 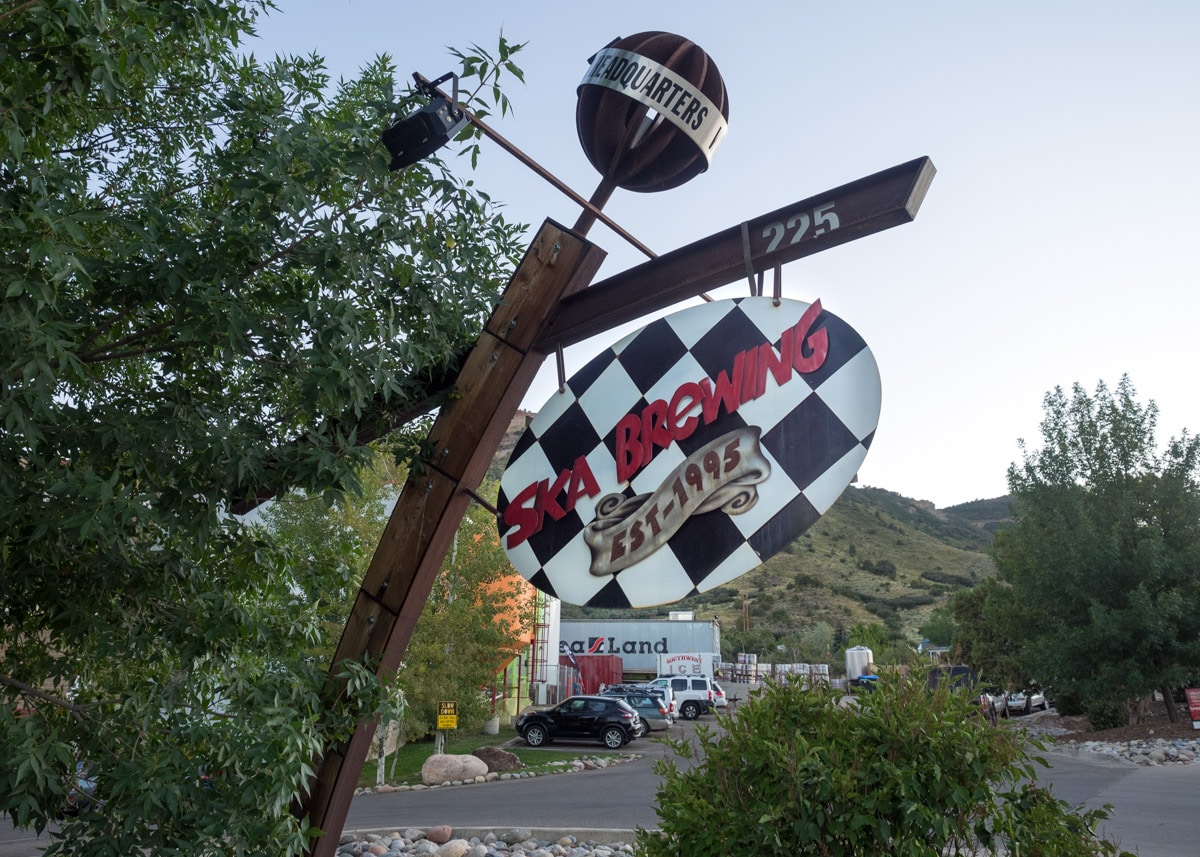 If you visit just one brewery in Durango, it should be Ska Brewing Company. They’ve been around the longest, since 1995, and you’ve probably seen their cans in your neck of the woods. The size of the wind-powered operation is impressive, and it’s worth a tour, which they offer every afternoon at 4pm. I unfortunately arrived in town a day late and missed out on their big 24th anniversary bash. It’s the beer event of the year with 30+ breweries in attendance, food, and live music. 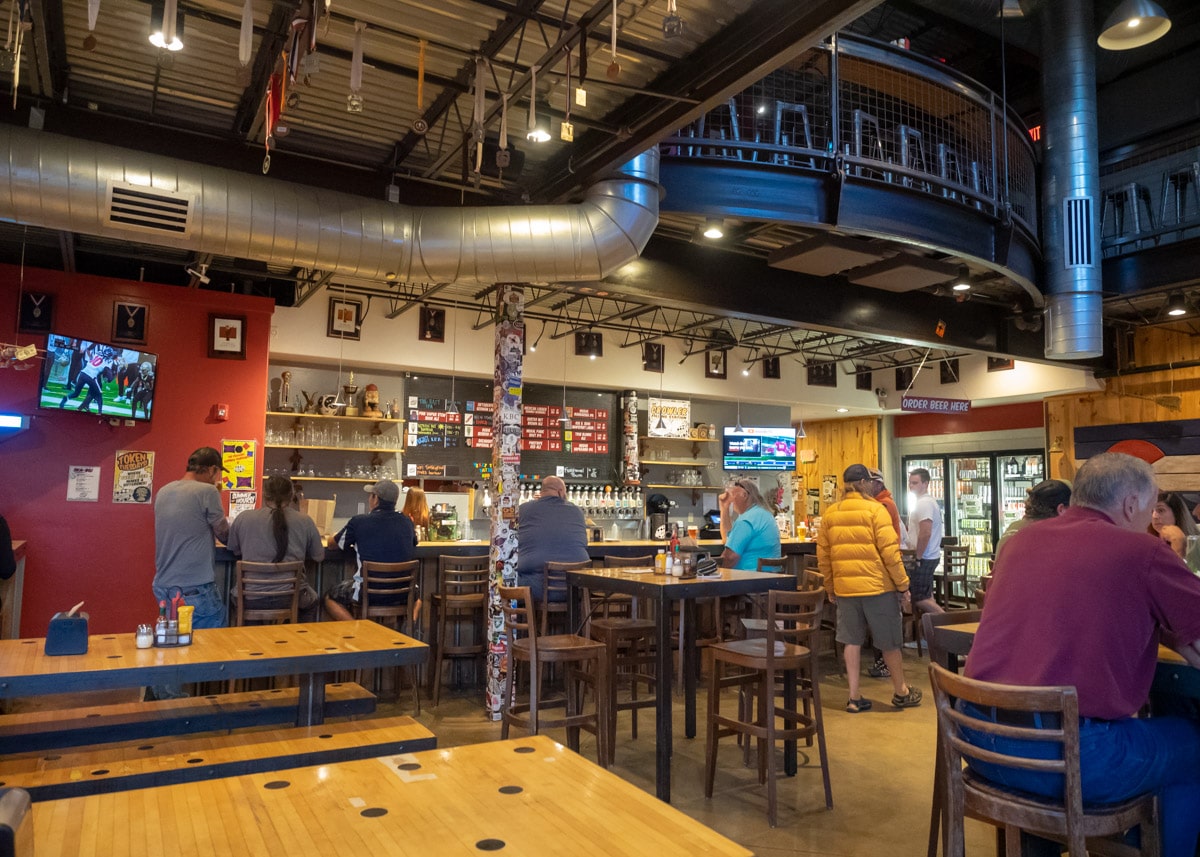 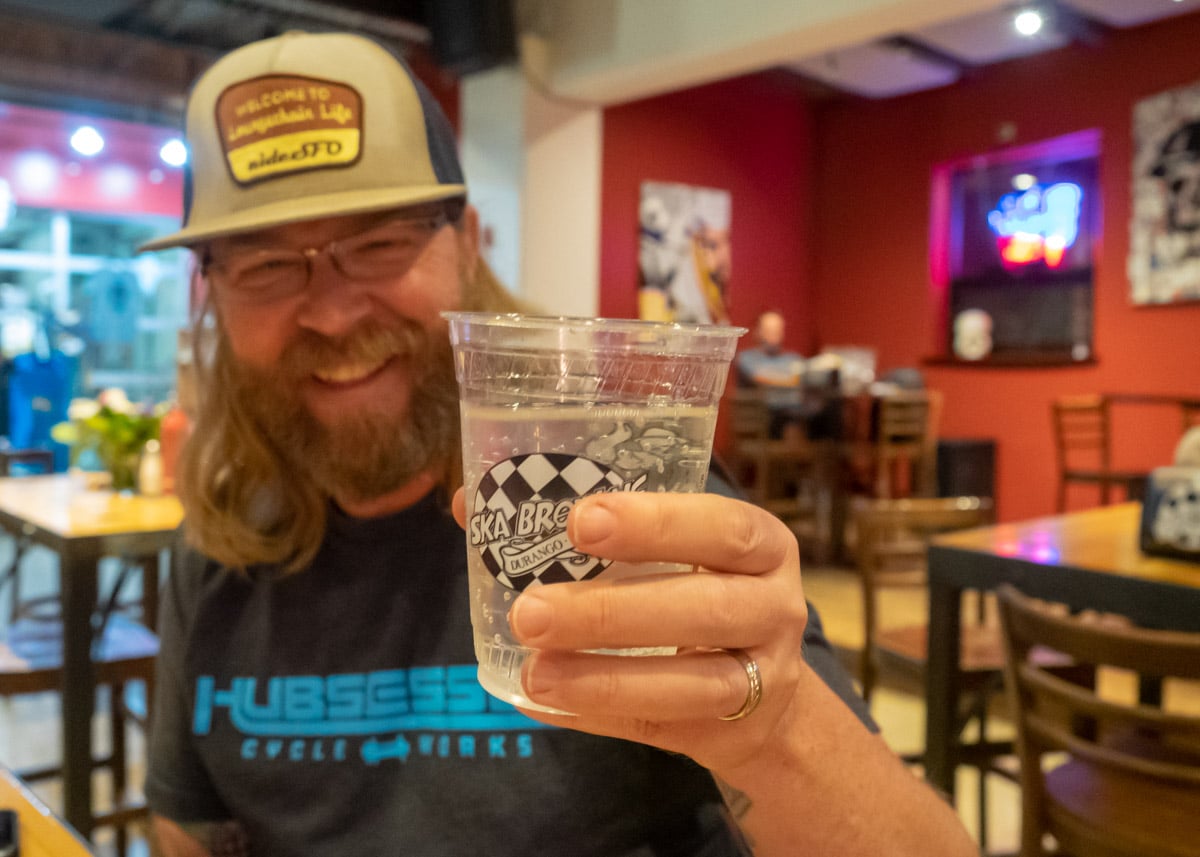 The taproom is casual with an in-house “food truck” called The Container of Food that serves pizza, salad, appetizers, and sandwiches out of a repurposed shipping container located permanently on site. Outside is a relaxing beer garden, several fermentation tanks, and a stage for regular live music. Order beer from the bar in either full or “fractional” pours, and buy some cans for the road. They also have a self-serve tap of Skagua, their house-made sparkling water. This alcohol-free option made my non-drinking husband happy!

For me, it was the pulled-pork sandwich (he had the jerk chicken) with a glass of the seasonal Oktoberfest lager. The toastiness of the beer’s Munich and Vienna malts paired well with smoked BBQ. Ska also has a unique sour ale called Pink Vapor Stew brewed with beets, carrots, and ginger. It’s tart and fruity and not as gnarly as it sounds! My favorite selection was their Hazy IPA. It had a lovely blend of citrus, pine, and guava notes that went down smooth as silk. 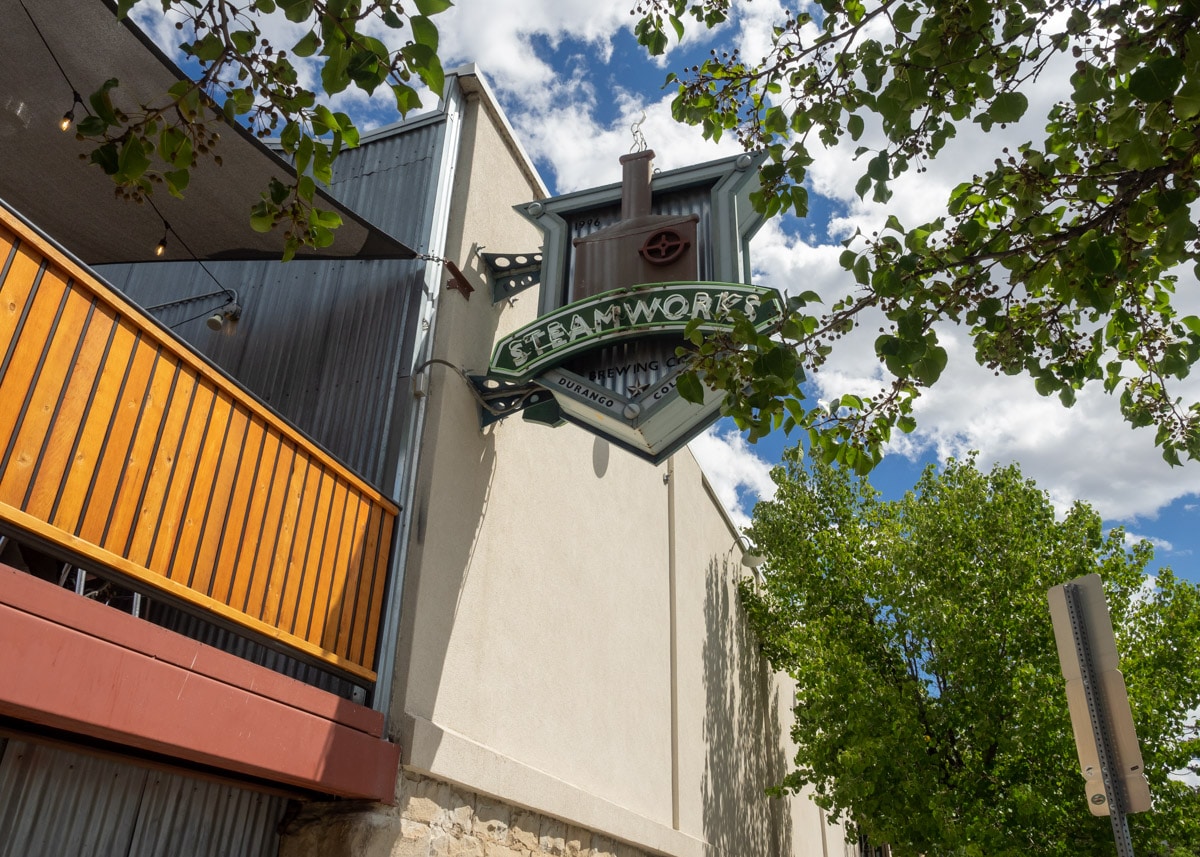 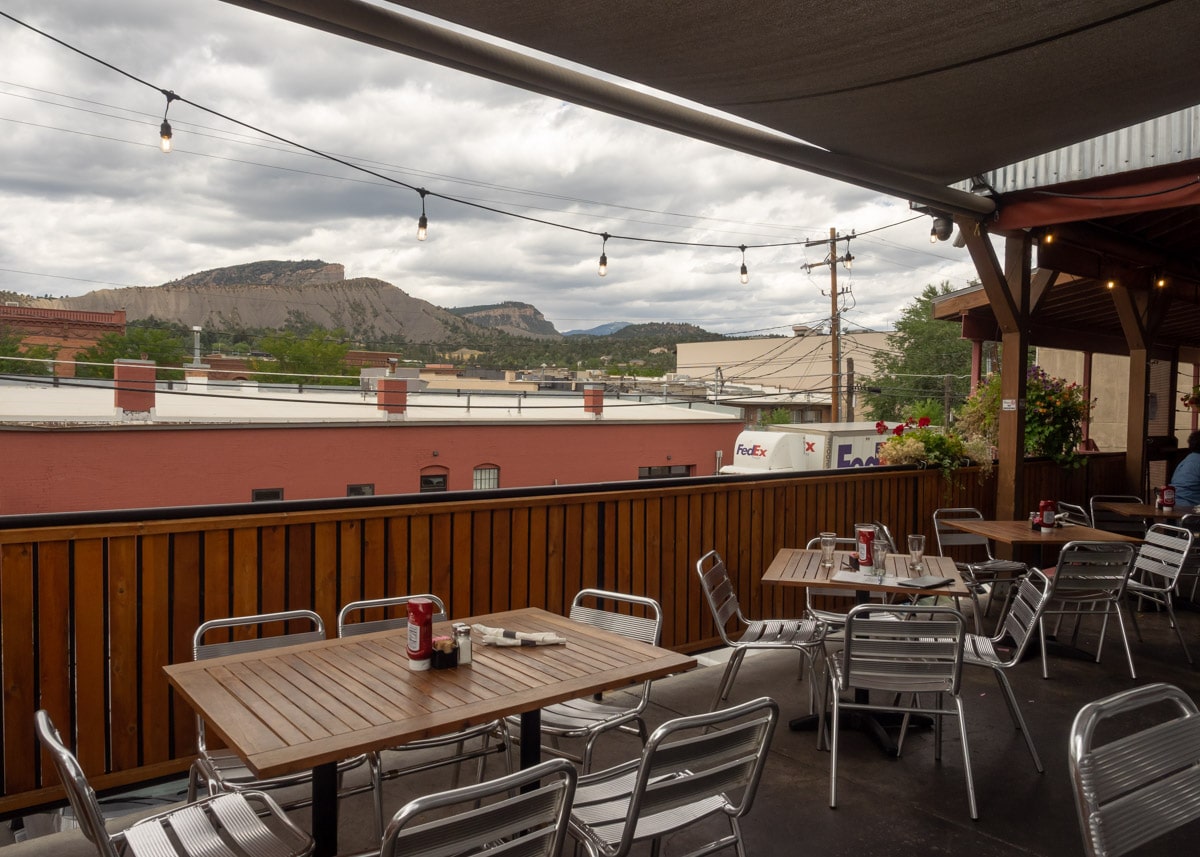 This downtown Durango brewery wasn’t on the agenda, but we needed lunch and it had glowing reviews from a friend. It turns out that Steamworks Brewing has been around almost as long as Ska (since 1996). The cozy brewpub, built in an old automotive building, has a configuration of tables and booths that surround the brewery in the center. There’s a big balcony with views of the mountains and plenty of room to get comfortable with a beer and some good food.

For lunch, I ordered the 6 Cheese Mac with green chilies. Never squander an opportunity to order green chilies in this part of the country! My Slam Dunkel was the perfect match with its smooth, dark malt flavor. I would have liked to try more of the beer menu but was quite impressed with the one I had. My husband also found his French dip sandwich to be outstandingly good. The meat had a little smoke to it, which was a pleasant surprise!

From Durango, it doesn’t take long to cross into New Mexico. Once inside the state, cultural and natural wonders never cease! We visited my husband John’s Navajo cousin in Farmington, located on the Navajo Reservation, where we ate authentic Navajo food and saw the neighboring rock formation of Shiprock. We camped at a scenic area with colorful badlands, vast canyons, and a rock spire called Angel Peak. Then we traveled to Chaco Canyon, a National Historic Park, to see the massive, ancient structures built by the Pueblo people. We eventually ended up on the high road toward Taos where we stayed in the community of Truchas with John’s aunt. Here, we ate fabulous New Mexican food, and visited the old Roman Catholic church and shrine, Sancturio de Chimayó, a Historic Landmark. There are art galleries, beautiful graveyards, and decaying adobe structures that give the place miles of character.

When we finally arrived in Santa Fe, our first visit was to Santa Fe Brewing Co. A friend of John’s, Bert Boyce, happens to be the brewmaster there. Bert has a long 25-year history in the brewing industry, from his first job at 19 years old at Sudwerk Brewing Co. in California while studying brewing at UC Davis in the mid-90s, to running the Research and Development brewery at Samuel Adams in Boston, and eventually a production manager at their brewery in Cincinnati, Ohio. His trajectory was heading the direction of an office in Boston, so he decided to move on to Santa Fe Brewing Company in New Mexico. He missed the West, Mexican food, cheap living, and desert weather. Bert is also a mountain biker who appreciates his access to trails in the area and the vibrant music scene. 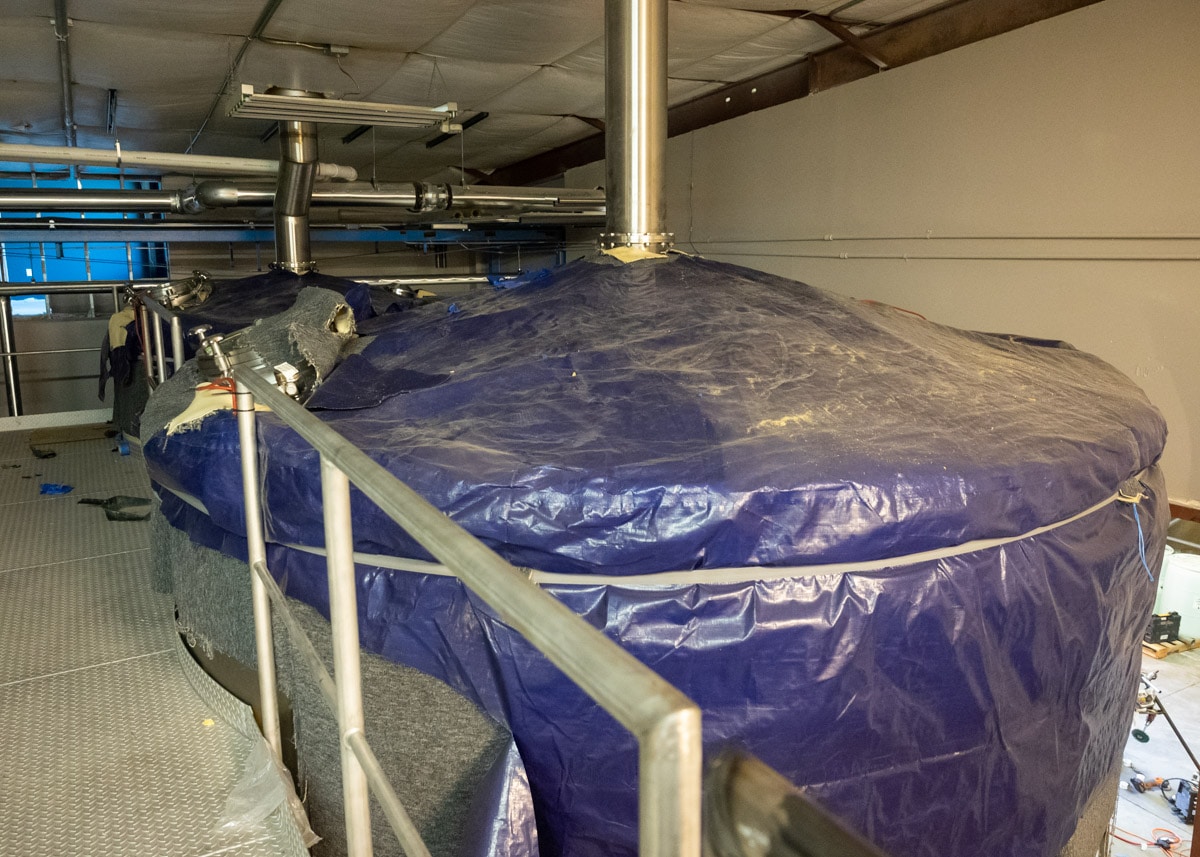 Santa Fe Brewing Company was established more than 30 years ago in 1988 as New Mexico’s first craft brewery, and they are currently growing at an astounding pace. “For a brewery our size, at our age to be growing at this rate is crazy. But we’re doing something right,” says Bert. The brewery has just installed a brand new 75-barrel 5-vessel brewhouse, an upgrade from its 30-barrel 4-vessel one. They brew a variety of styles and aim to please the customer. 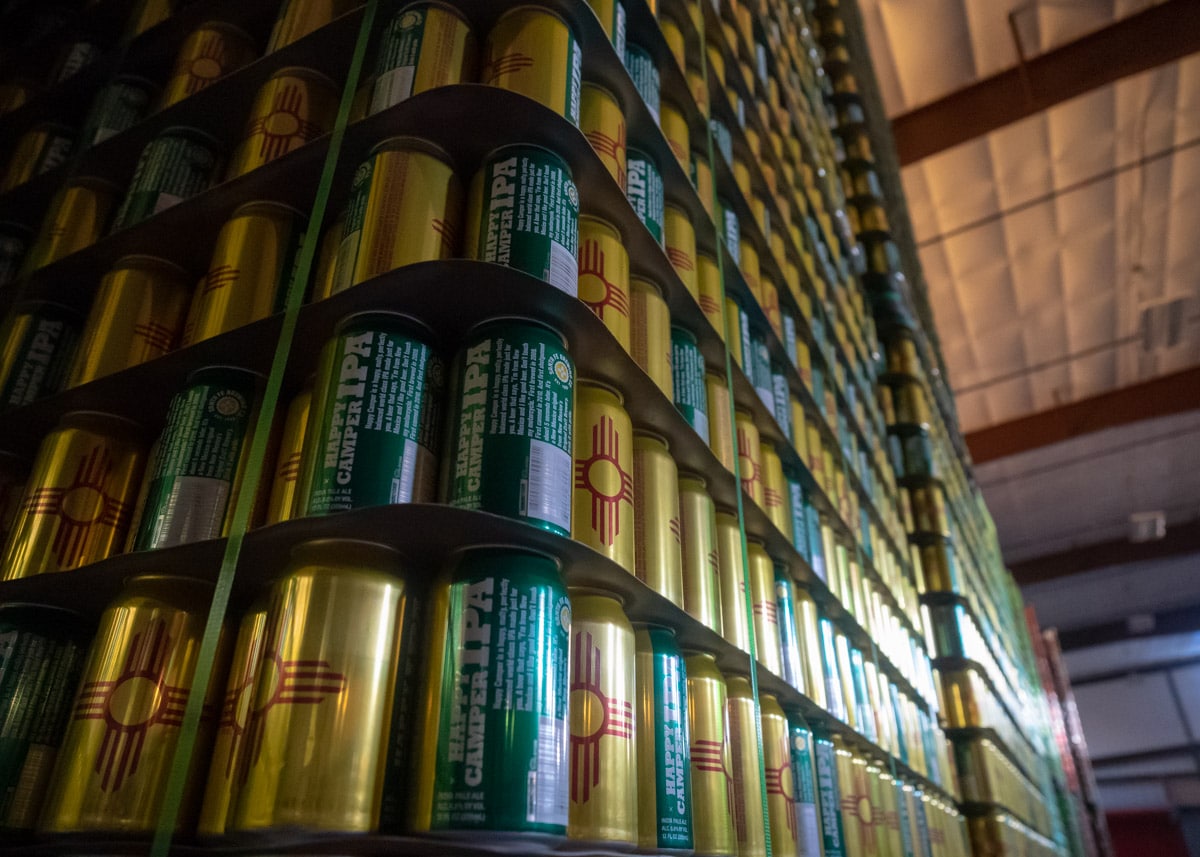 For Bert, brewing isn’t about turning the beer into an art project that nobody wants to drink. “Figure out what your customers want first, and then make that for them. It’s really simple,” he explains. His winemaking experience has taught him some useful techniques. “The trick is to give people the perception that they’re drinking something really intense; and then it’s super easy. Trick the palate,” he tells me. “Trick the palate into thinking there are a lot of calories, but there aren’t. Trick the palate into thinking there are a lot of BUs (bittering units), but there aren’t. Smell. Oil. Texture. All of those things are what the beer needs in order to deliver on the promise of an intensity that doesn’t overwhelm you.” As I listen to Bert talk about his philosophy, I find myself buying what he’s selling. It’s what I’ve been gravitating to over the years. “Our whole thing, my whole thing, how I make beer is [to] sell it hard, then deliver soft,” he concludes. “Big aroma, big flavor, soft finish, low calories, [and] as little body as you can get away with. Make the beer as dry as possible.” 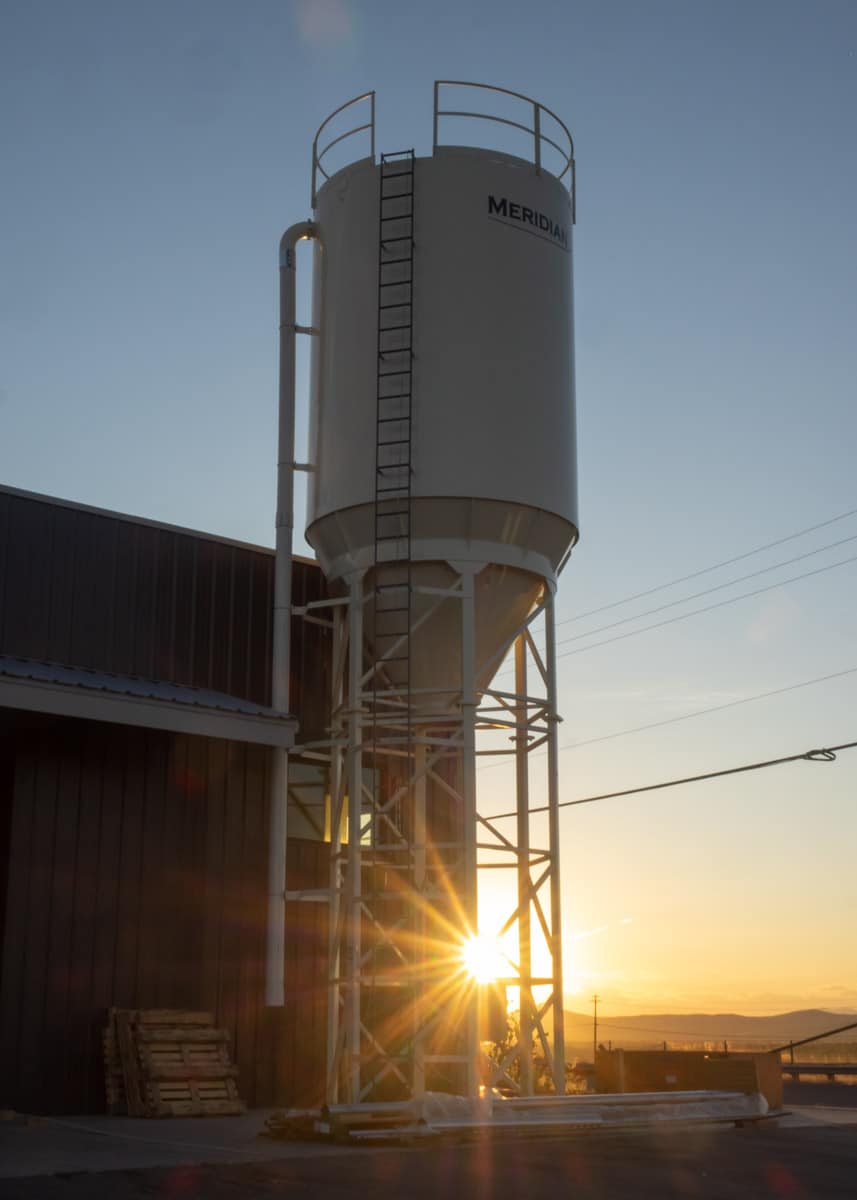 Bert’s time at Santa Fe Brewing Company is coming to an end. He’s given notice, hired his replacement, and is looking forward to the next chapter. He’ll finally be opening a brewery of his own! Its location will be the culturally diverse city of El Paso, Texas. Bert sees an opportunity in the city that has only 4 small breweries. Hoppy beers and lagers will be on the menu alongside a selection of tacos. He’d like it to be a welcoming place for all ages and hopes to get customers to get on board with lower ABV beers. “Going to a taproom and enjoying the experience is not about getting drunk,” he says. “It’s all about family, community, and getting to know your neighbor. It’s about hanging out.” As Bert describes the city that lives right on the border with Mexico, I find myself hoping to visit someday. It sounds like a unique place. 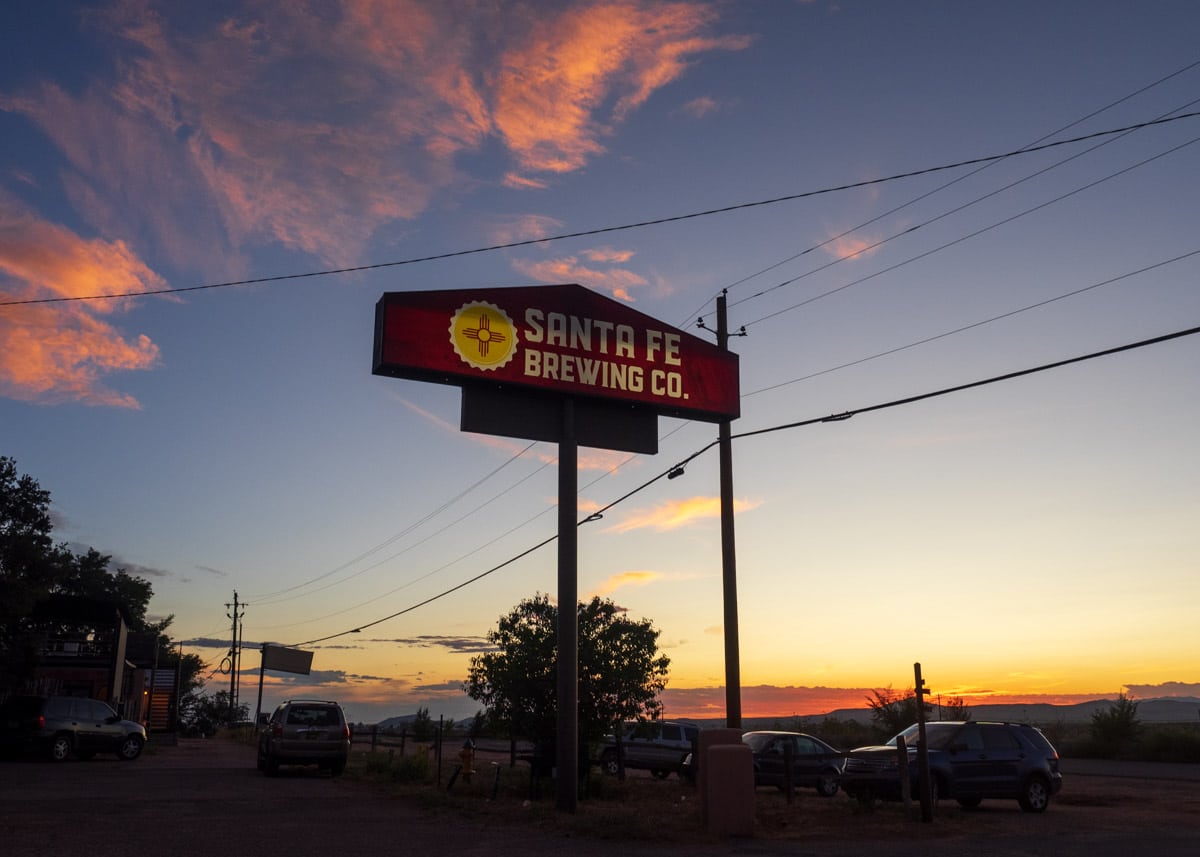 The adventure continues in Bikes and Beers in Santa Fe Part 2 as we attend the Santa Fe Mountain fest, visit more breweries, and enjoy the return trip home. Stay tuned!