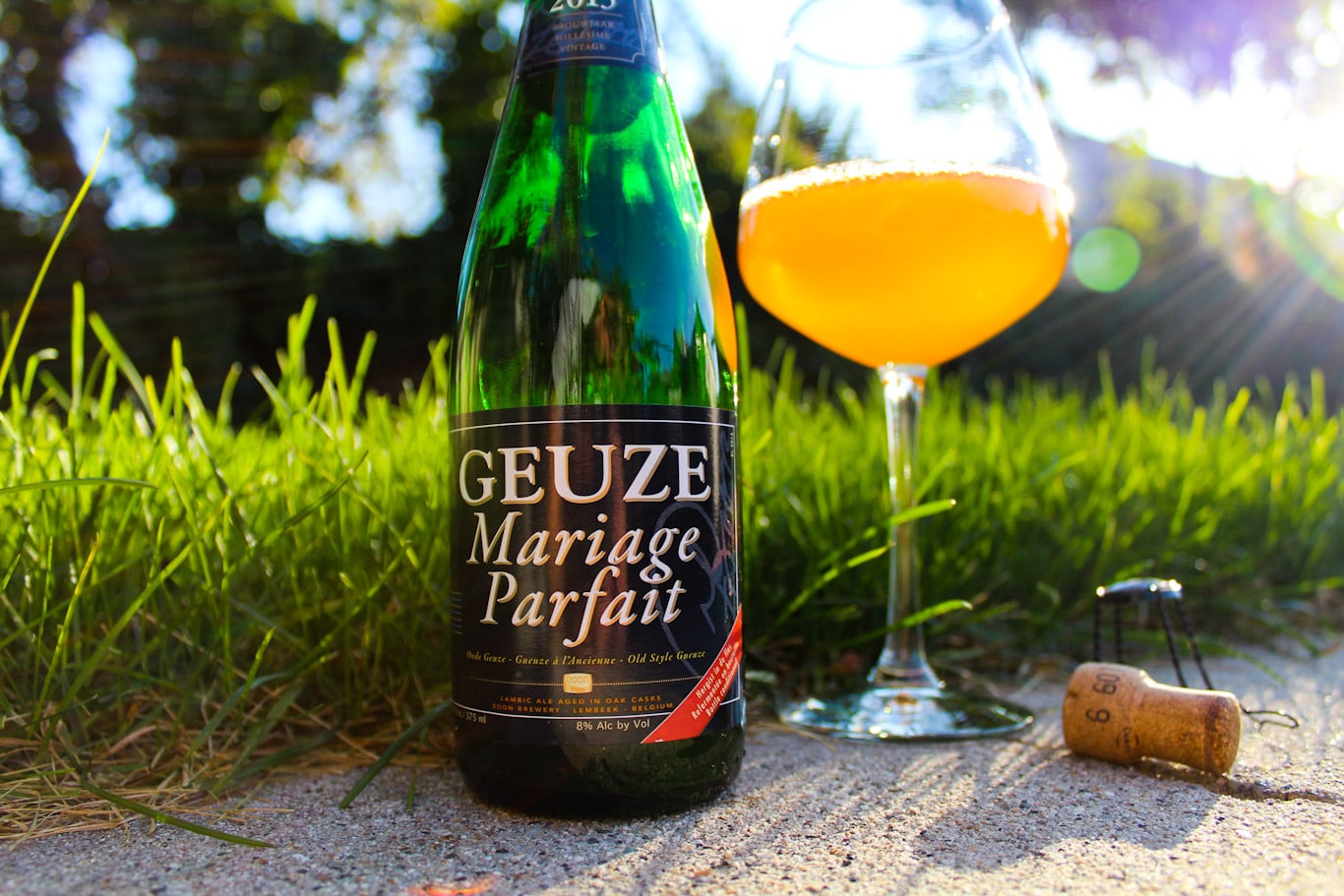 I’ve kind of given up on the pronunciation. Gooze, gehrz, goo-zeh… whatever. It’s just not synonymous with the similar sounding style “gose”, which is German, and decidedly pronounced “goes-uh”. Gueuze is a Belgian style, and also has two correct spellings: “gueuze” in French, and “geuze” in Dutch. I don’t speak a lick of either language, hence my surrender to attempting the proper pronunciation. If the cat’s got your tongue, then the Gueuze Got Your Goat.

As if pronouncing the style wasn’t difficult enough, describing the flavors might leave you feeling your vocabulary is sorely inadequate. Bleu cheese, barnyard, funky, horse blanket, and goaty are all common and rather unique descriptors. Gueuze is unlike most styles of beer, and can be wildly unpredictable. It is, after all, produced by wild yeast. 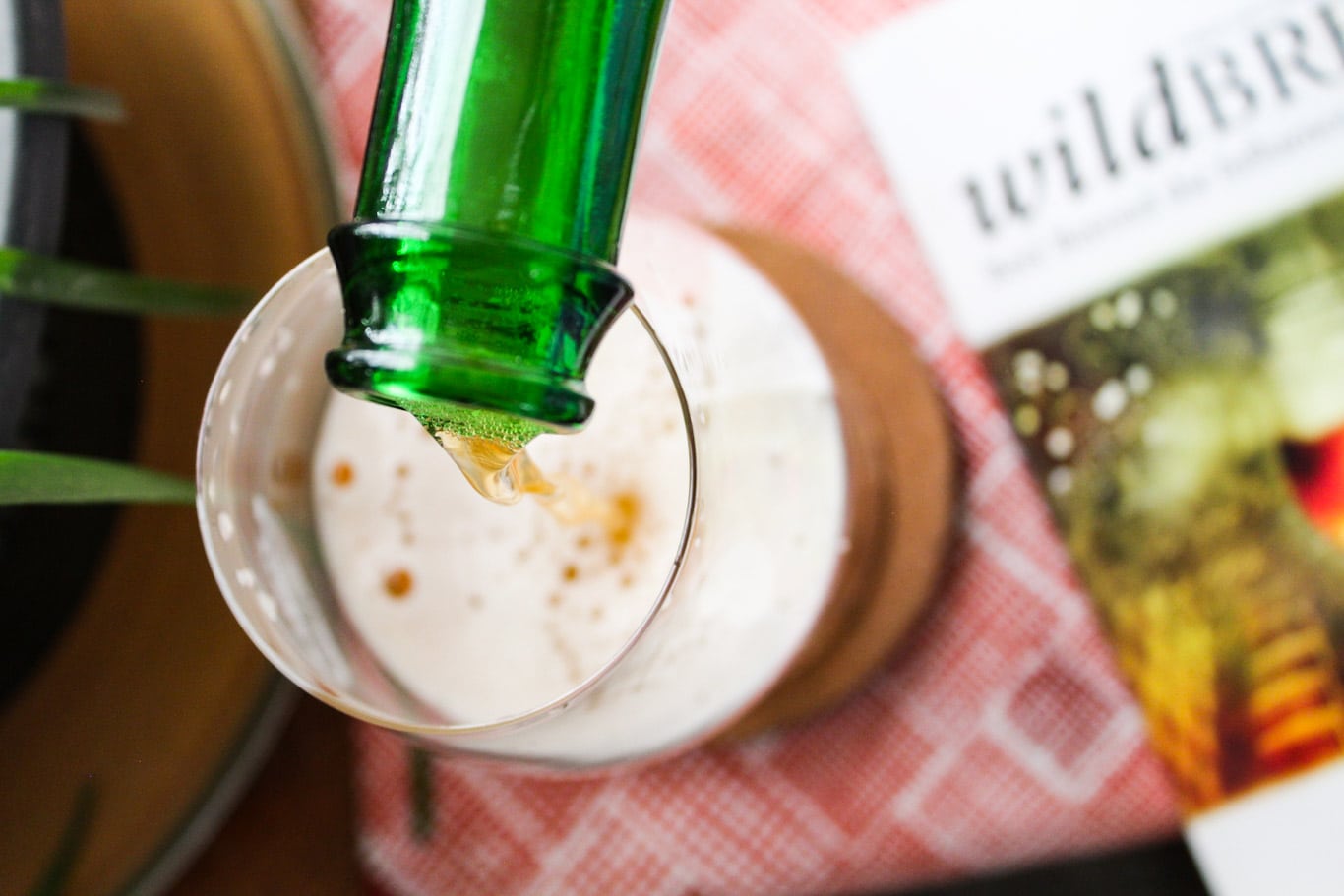 Gueuze is not so much brewed as it is blended. Lambic is the spontaneously fermented beer (we’ll get to that in a moment) that can be blended to produce gueuze. By combining different percentages of one, two, and three-year old labic, gueuze is born. The older vintages bring more rounded, mature characters to the table, while the young lambic provides sharper characters and enough fermentable sugar to achieve adequate carbonation in the bottle. The bottle conditioning process relies on time, temperature, and just the right blend of lambic to yield a gueuze worthy of reverence. The entire process is a collaboration between wild yeast, microorganisms, the brewer, and the blender. (The human counterparts are sometimes the same person.)

But how do they do it? In modern brewing practice, yeast cultures are purchased or grown in a lab on site, and then pitched into freshly produced wort (unfermented beer). The yeast consumes the sugars found in the wort, producing a relatively predictable fermentation and eventually, finished beer. In the production of gueuze, a more rustic approach is taken. Coolships, which are shallow, open-top vessels, are used to receive wort from the boil kettle. These vessels typically reside in attic-style rooms with many windows that are left open to the air. The large surface area of the coolship allows the wort to cool rapidly, and in the case of creating gueuze, invites wild yeast and other microorganisms to settle on and inhabit the wort. These spontaneous dinner guests are unreliable in behavior, but boy can they leave a beautiful mess! 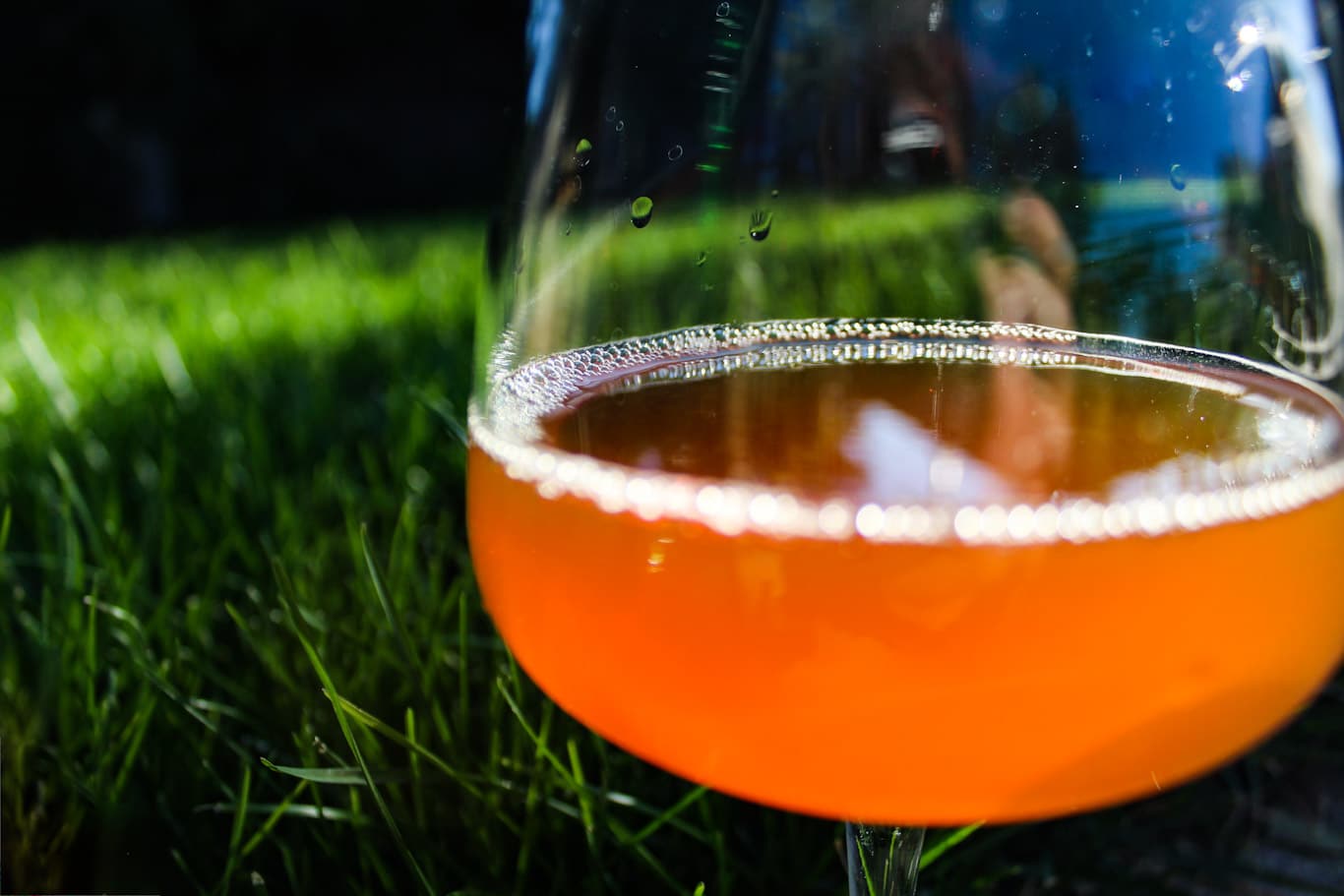 Once the wort has been cooled and inoculated, it is transferred to wooden barrels where the wild yeast and bacteria will feast for at least a year. This process of utilizing wild yeast and bacteria from the air is called spontaneous fermentation (told you we’d get there). The flavors and aromas will ebb and flow in the barrel until the blender deems the beer ready for packaging or blending. The importance of the brewer’s job of wort production should not be diminished, but the blender’s task of tasting and blending the resulting beer is an artform all its own. According to The Oxford Companion to Beer, it is “the epitome of the art of sour beer production”.

Yes, gueuze and lambic break the mold when it comes to beer styles and their production. The process of defining most beer begins with what kind of yeast is used for fermentation: ale yeast or lager yeast? A few more categorical questions later, and you’ve landed on a style that has been boxed out and probably oversimplified, but defined nonetheless. Gueuze never even gets past the yeast question on the road to definition. In true Belgian style, it defies classification by thriving in the gray areas and delivering unpredictable but delicious outcomes. It is neither ale nor lager. It has “best before” dates as far as 15+ years in the future. The flavor ripens and drifts as it ages, often in good ways. In my experience, no two bottles are quite the same.

To my dismay, Utah is a land devoid of gueuze. There are syrupy fruited lambics available in the state, but these are better for beer blending in the glass, and far from the gueuze I long for in terms of flavor. I have resolved to seeking out gueuze in my travels. The dusty, forgotten shelf turd that has migrated to the back of the liquor store clearance shelf is my diamond in the rough. It is there that it develops and greatens while its neighbors die by the cardboard hand of oxidation and time. A trained eye can read the cork and cage, and the clarity of a bottle’s contents to know if it’s worth the reduced price of $11.99, or if it should rot in clearance hell with the rest of the shelf. It’s always a gamble, but one can be burned enough to bend good luck to their favor.

Some beers are worth the wager…

On my trip to Wisconsin this past July, my friends and I stopped in a liquor store in Superior. I gazed all googly-eyed at the beer selection as we snagged some Earth Rider for our 4th of July celebration on Lake Nebagamon. A sales rep from Castle Danger chatted us up and offered us a few samples. My best friend Julie has a goal of embarrassing me in public (don’t worry, it’s mutual), so she boasted my title of Certified Cicerone® to the man. Turns out, he also carries the title, and we continued to chat for about 10 minutes. He alerted me to a beautiful shelf turd, one I would not have spotted amongst the other unfamiliar brands. Oude Geuze Vieille sat lonely behind some unloved pastry stout, awaiting better company and my loving arms. Several state lines and months later, I got the itch to pop the bottle and write this post. Ohhhhhhh yes. It was worth it. 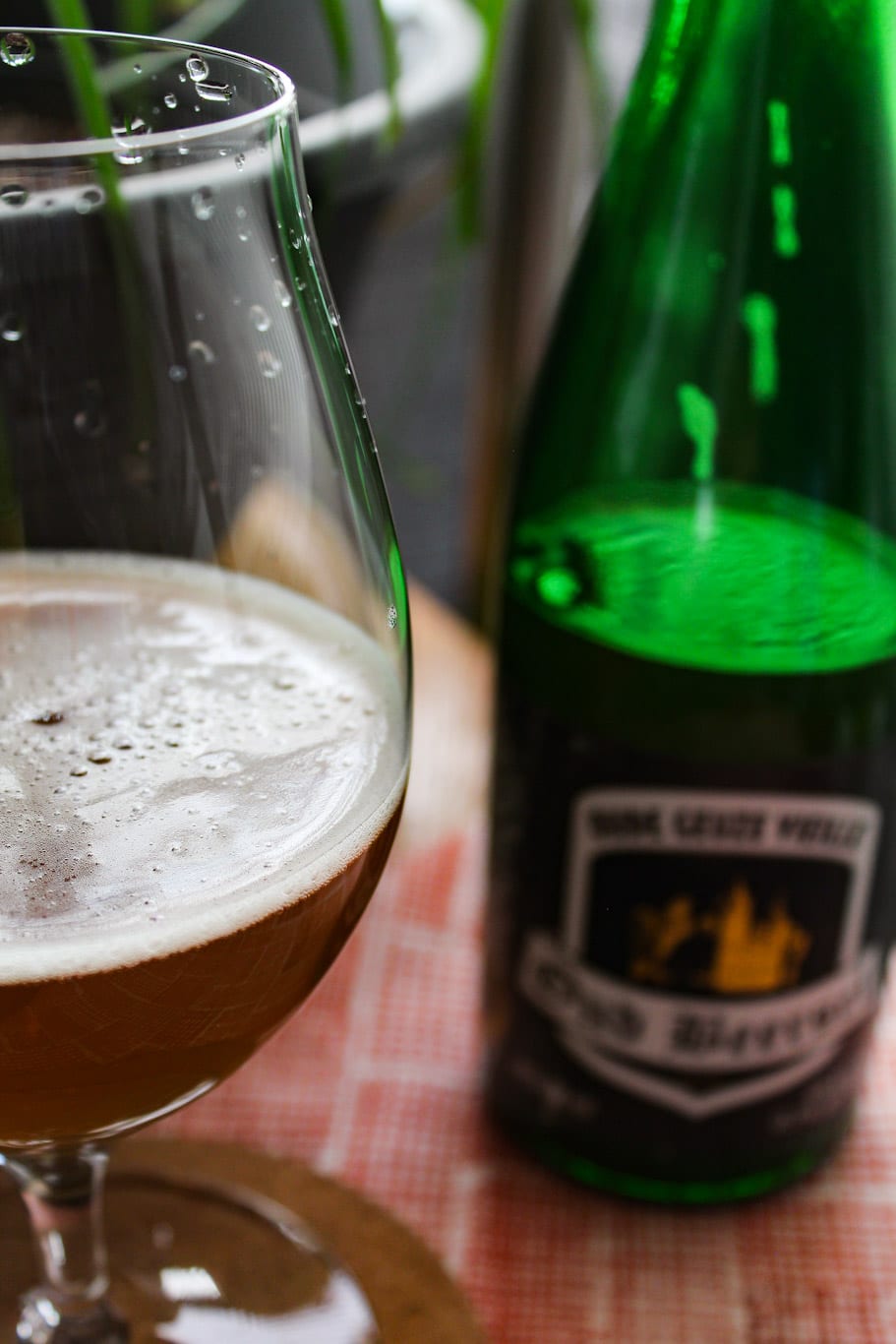 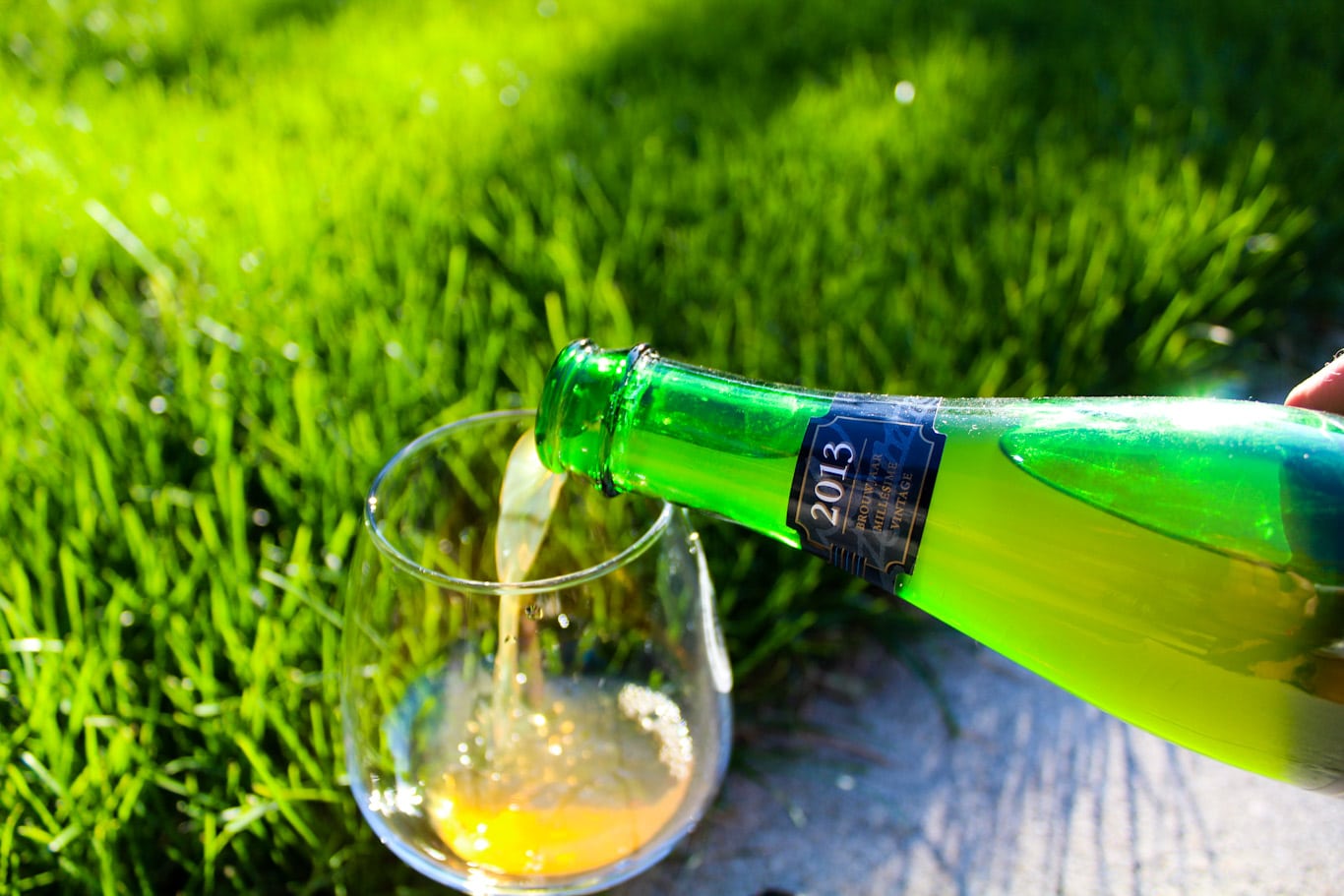 The Beasties Within Your Glass

Who Is Brett, And What Does He Want With My Beer?