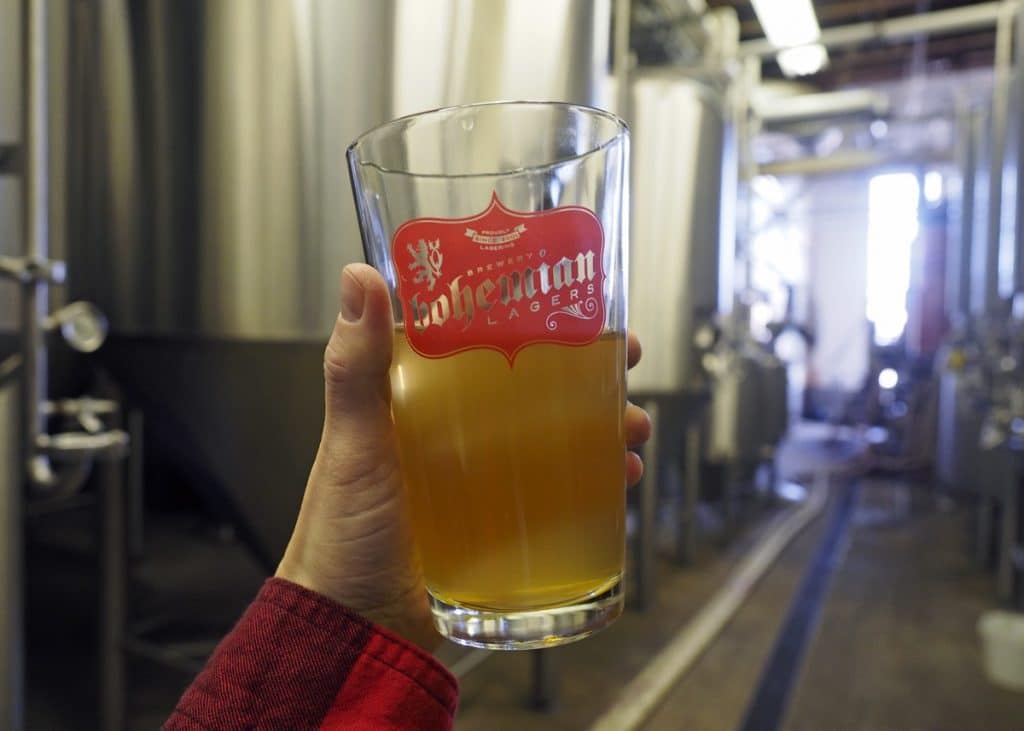 Bohemian isn’t like other breweries. Their focus is on Central European lagers brought to the US by Czech immigrants, Joe and Helen Petras, who love the beer styles they grew up with in their homeland. Furnished with a unique yeast strain from a now-closed brewery in the Czech Republic, the Petras family founded Bohemian Brewery in Midvale, Utah in 2001. Besides an appetizing old-world European menu, Bohemian offers a variety of Czech, Polish, and German style lagers brewed in the traditional way. The best way to appreciate what Bohemian has to offer is to join a tour of the brewery where you’ll get a behind the scenes look and what makes this lager house distinct. 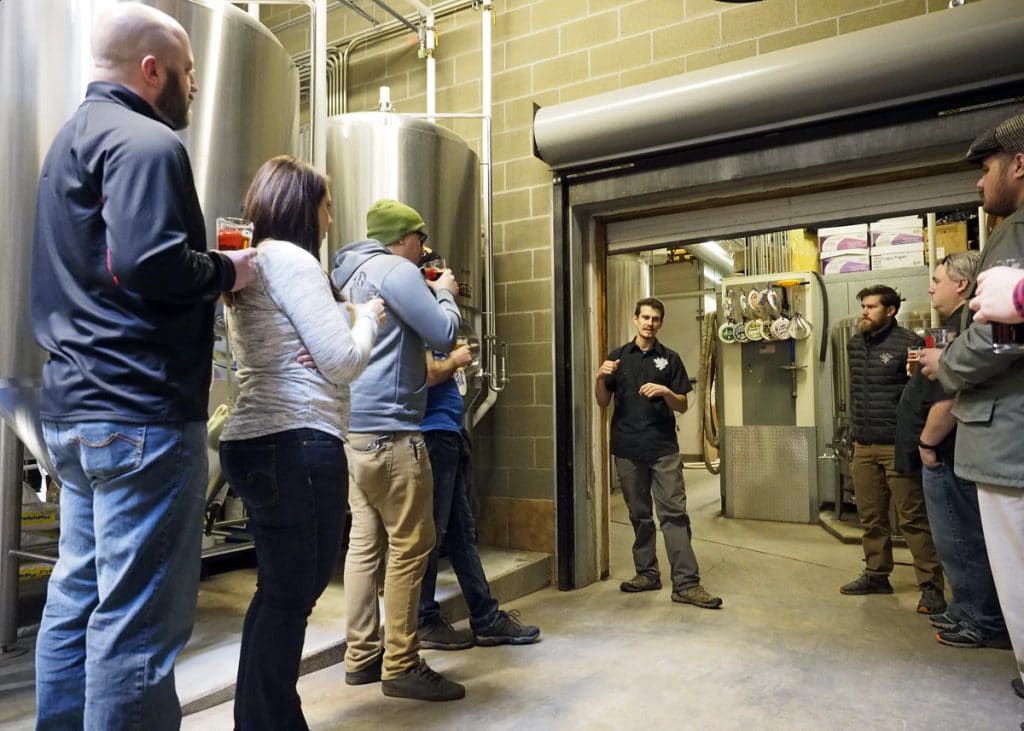 In January, I was able to join fellow members of the Facebook group, Utah Craft Beer Community, for a tour of Bohemian Brewery. Tours take place on the first Wednesday of every month and include an in-depth look at the brewing process from grain to can/keg along with delicious samples of Bohemian’s beers. Lead Brewer, Paul Konopelski, tailors the tours to match the level of the group’s previous beer knowledge. “If you’re just a beer drinker and you don’t know that much about beer, you’re going to leave the tour much more educated and knowledgeable,” says Konopelski. “Understanding the process adds a little bit of enjoyment [to the beer-drinking] experience.” I couldn’t agree more! 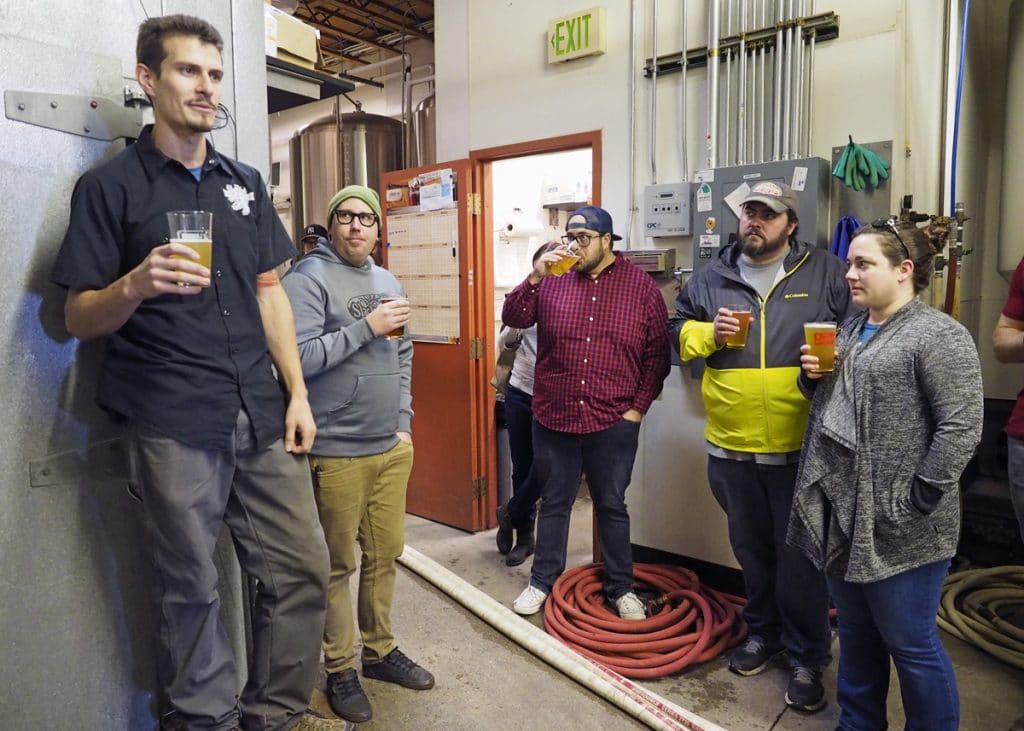 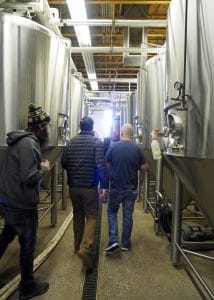 For a beer lover, visiting and touring a brewery is like entering a temple of sorts. It’s the inner sanctuary, where the brewers who make the beer you love to drink, dwell and work to bring that liquid joy to your life. At Bohemian, Konopelski is the shepherd guiding us on the path to enlightenment, shedding light on the many mysteries of the brewing process. There are a few tidbits of knowledge to be learned on this tour that you may not encounter at other breweries. “Our brew house and our brewing process is different than most breweries in the country”, Konopelski explains, “We do a double decoction mash which is a process invented by the Germans before there were thermometers.” This old-school technique starts out with a cooler mash temperature. A portion of the mash is separated, boiled, and recombined to achieve a projected temperature rise.

There is also an emphasis on learning the difference between an ale and a lager. Almost all of Bohemian’s brews are lagers with the exception of the Noble Hefeweizen (ale), Kölsch (a hybrid), and Altbier (uses kölsch yeast). Lagers are fermented at cooler temperatures for a longer period of time than ales. With the amount of time a lager takes to finish, it can be tricky to find tank space. In addition to the typical fermenters and brite tanks seen in most breweries, Bohemian also has lagering vessels where beer goes to complete its flavor development and clarification. Learn more about ales and lagers by reading our previous article, Ales vs Lagers. 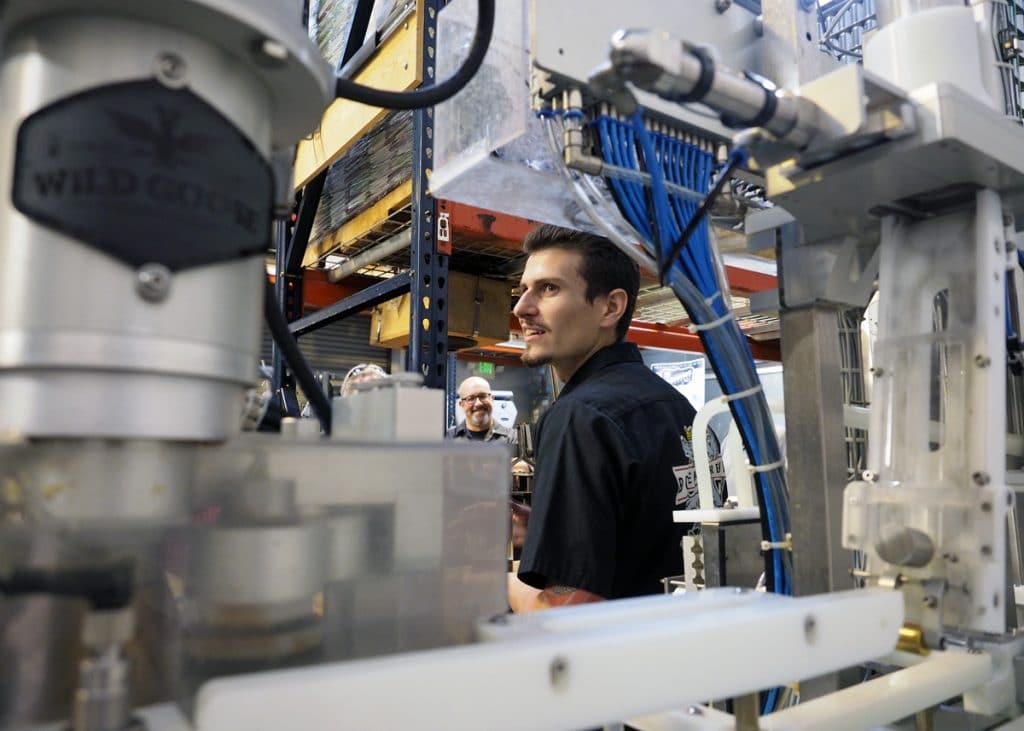 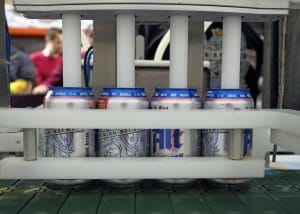 The tour winds up at the canning line. The popularity of cans has fueled a rise in the number of canning lines found inside small craft breweries, but Bohemian was first in Utah to use cans instead of bottles for packaging. Besides being easy to pack and recycle and their ability to safeguard against light pollution, cans do a great job of keeping beer fresh by not permitting oxygen to seep in once sealed. However, unlike bottles, they can’t be evacuated of oxygen before filling without being crushed. Allowing the beer to foam enough that it pushes the oxygen out of the can, but not so much that it creates a low-fill, is the challenge. The team at Bohemian has really mastered the techniques needed to fill the perfect can of beer. 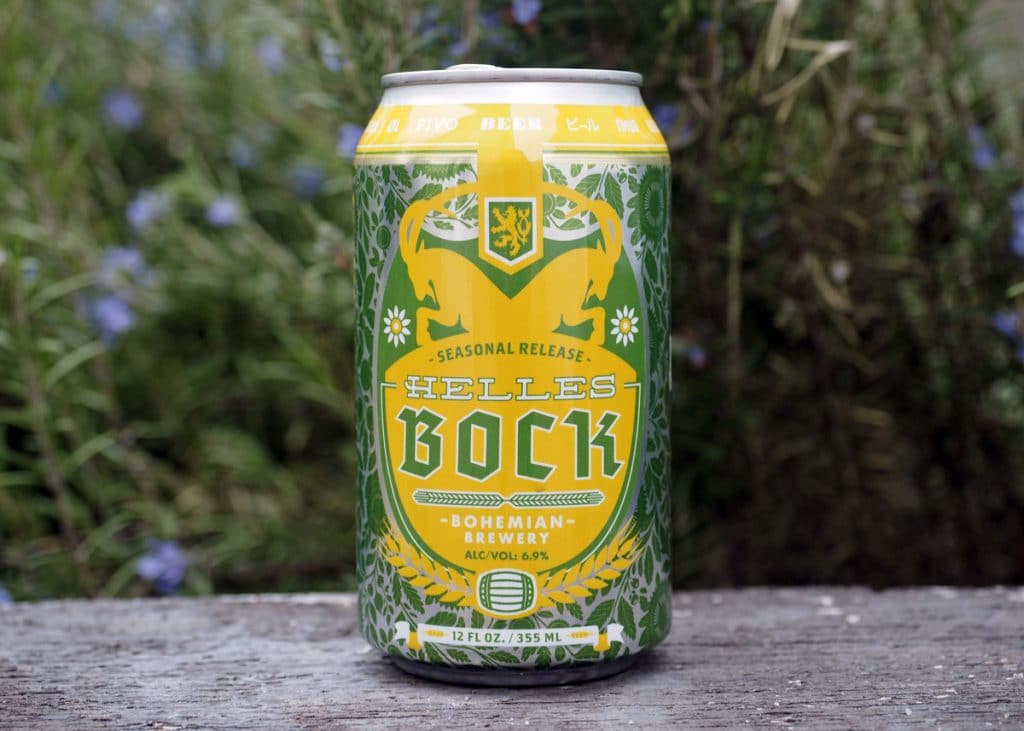 Over the past several years, Bohemian has added a lot of variety to their original four-beer lineup. The seasonal line now includes Oktoberfest for fall, Munich Dunkel for winter, and Kölsch for spring and summer. Look for the Kölsch to be available in cans soon! The Helles Bock (spring/summer) is one of a series of rotating bocks being developed that also includes the Czechulator Doppelbock (winter) and eventually a traditional bock for fall. Bohemian’s newest staple is the hop-forward Cottonwood Common, a version of the American style California Common, brewed with piney, spicy Northern Brewer hops. When visiting Beer Bar in Salt Lake City, ask for Bohemian’s Beer X to explore the latest in German hops like Bavarian Mandarina, Hallertau Blanc, or Opal. At the brewery, look for the current “Brewer’s Stache” for unique small-batch offerings. The upcoming German Pale Ale will feature some of those new German hops! 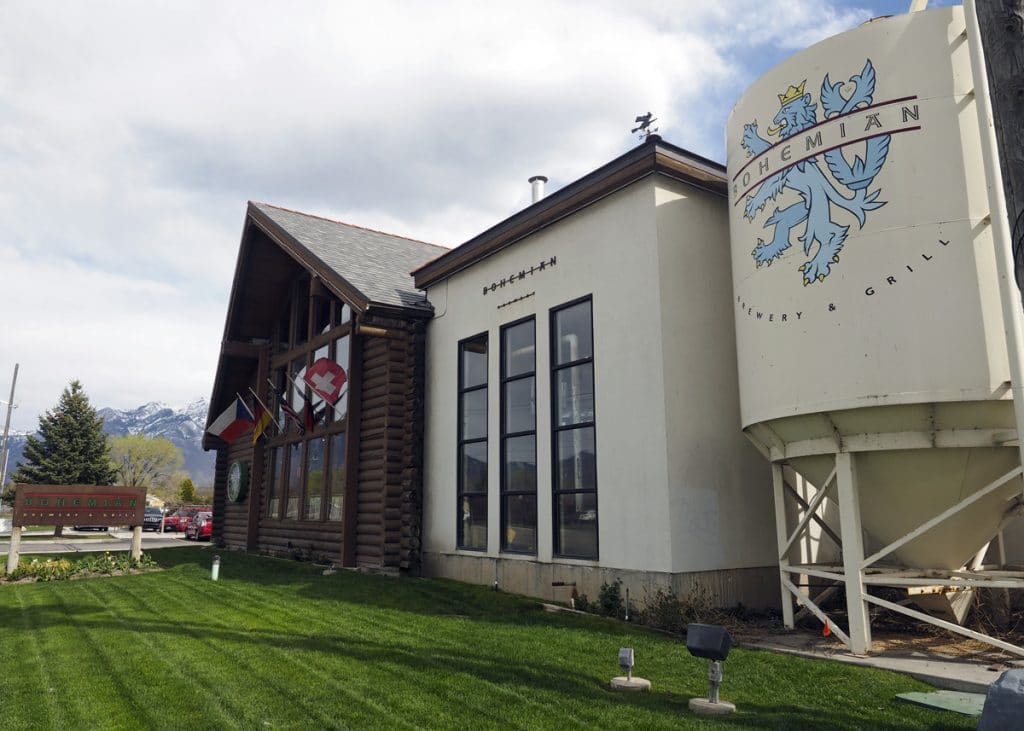 Lager fans won’t want to miss out on Lagerpalooza coming up on May 6th! The pro-am lager-only homebrew competition, organized by Salt City Brew Supply and hosted by Bohemian Brewery, is in its fourth year. The number of entries has grown to over 100 which is really amazing given the difficulty of brewing lagers at home. The winning beer is brewed by Bohemian and showcased at Lagerpalooza. This year look for the 2017 winning beer, a pre-prohibition lager, to be served fresh and cold at the event. Lagerpalooza is scheduled to coincide with the Big Brew for National Homebrew Day. Homebrewers will be at the event demonstrating their craft in the outdoor beer garden. It’ll be a great time to check out Bohemian Brewery and celebrate lager beer!

Look for a full Bohemian Brewery Tour photo gallery on our Facebook Page.