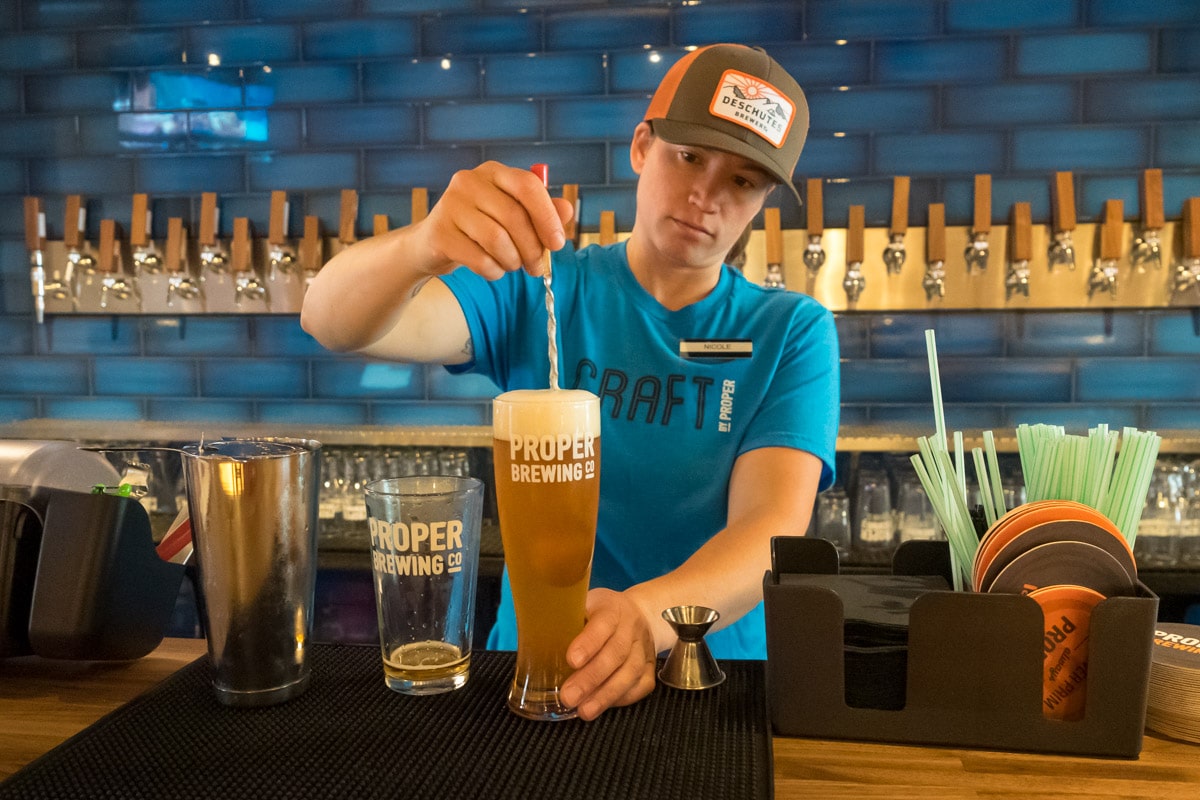 One day they’re in, and the next day they’re out. The popularity of beer cocktails seems to wax and wane, but some bars and breweries have embraced the trend. Beer purists may scoff at the idea of mixing beer with anything else, but the beer cocktail can be a great option for establishments to add a little variety to their menus. A well-executed cocktail uses a variety of ingredients to compose a symphony of flavors that wash delightfully over your tongue. Beer has many qualities that a cocktail can utilize. So, why not mix it up?!

Beer cocktails are not a new thing. The Radler has a long history with cyclists in the Bavarian mountains who drank weissbier mixed with lemon-lime soda. Similarly, the Shandy – surely you’ve heard of a shandy! – is a beer/lemonade combo popular in Western Europe, Australia, New Zealand, and South Africa. The Mexican Michelada, with its spicy blend of chili peppers, tomato juice, lime, and cerveza, has been around for at least 50 years. In colonial Massachusetts, bartenders whipped up warm ale flips to be enjoyed on cold nights next to a warm fire. As I opined in my previous article, Beer Mixology, although good beer can stand alone, it doesn’t have to!

My quest through Salt Lake City in search of beer cocktails revealed that the biggest selection seemed to be available at the various Proper Brewing Co. locations, especially the main brewery downtown, and their Sugarhouse beer bar, Craft by Proper. Craft serves an assortment of beers from breweries all over Utah, giving bartenders an expansive palate for beer cocktail creation. Locally made spirits, bitters, and other ingredients are often incorporated into the recipes. If you’re ready to try some beer cocktails, Proper is a great place to start.

My favorite concoction at Craft by Proper was Beerz Kneez, made with Proper’s Stumblebee, a Vienna-style lager brewed with honey, Odgen’s Own Madam Pattirini gin, and a lemon orange honey syrup. The cocktail had a floral honey character with a tangy orange smack. I also enjoyed the Prickly Pear Shandy featuring Proper’s Belgian-style Patersbier, St. Elder Elderflower Liqueur, prickly pear lemonade, dandelion & burdock bitters, and lemon. The Belgian yeast played nicely with the lemon, floral, and herbal notes in this slightly sweet cocktail.

Salt Lake eatery, Pig & A Jelly Jar, has a small selection of beer cocktails that I loved! If you’re not looking to get schnookered, these simple blends contain no liquor, just refreshing fixings certain to quench a thirst or a hangover. The Lagered Mary contains Uinta Lime Pilsner and spicy Bloody Mary mix in a Cajun sea salt-rimmed glass with a lemon wedge and pickle. Tangerine Sunrise is an IPA-infused mimosa-type beverage with Uinta’s Tangerine Hop Nosh, orange juice, and a splash of grenadine. For me, the winner was the Beer-Tini: Uinta Lime Pilsner combined with pickled brine juice, garnished with Cajun sea salt and bacon-wrapped bleu cheese. 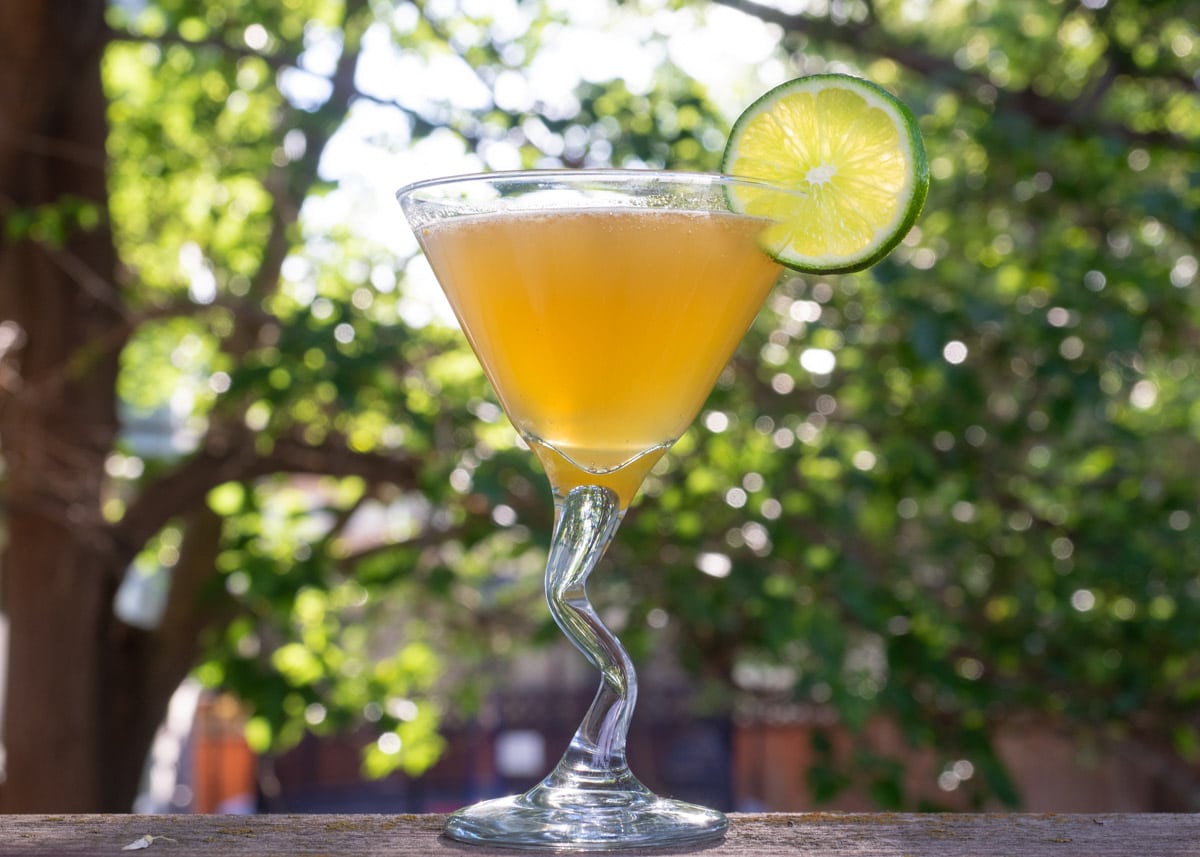 One of my favorite cocktails is the classic margarita. I also quite like the sour and salty gose-style beer. These two were made for each other! Proper makes one with their Lake Effect Gose, but I decided to make it with Red Rock’s Lime Gose. I also happened to have a bottle of Habanero Lime bitters from Bitters Lab to add into the mix. It was amazing!

Directions: Shake or stir Tequila, Triple Sec, lime juice, and bitters in a cocktail shaker with ice, strain into glass, and top with beer. Garnish with a lime wedge. 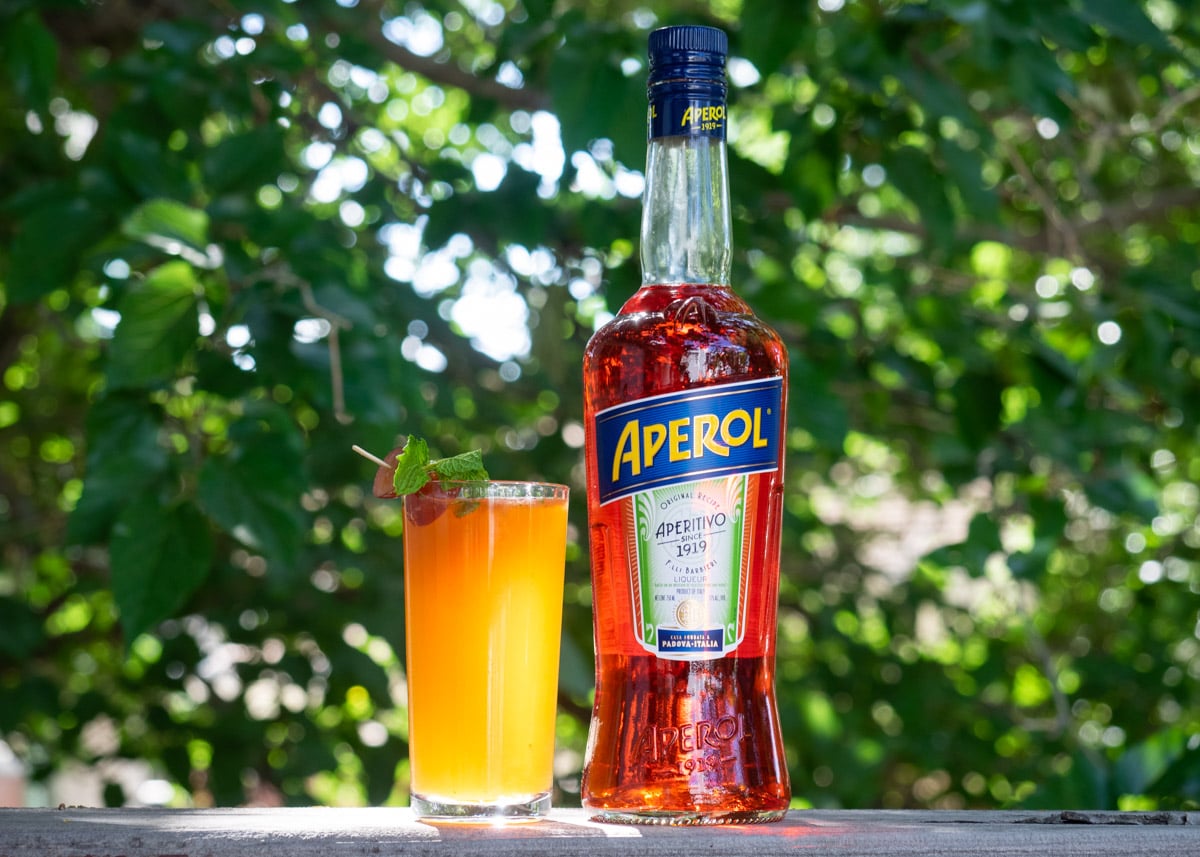 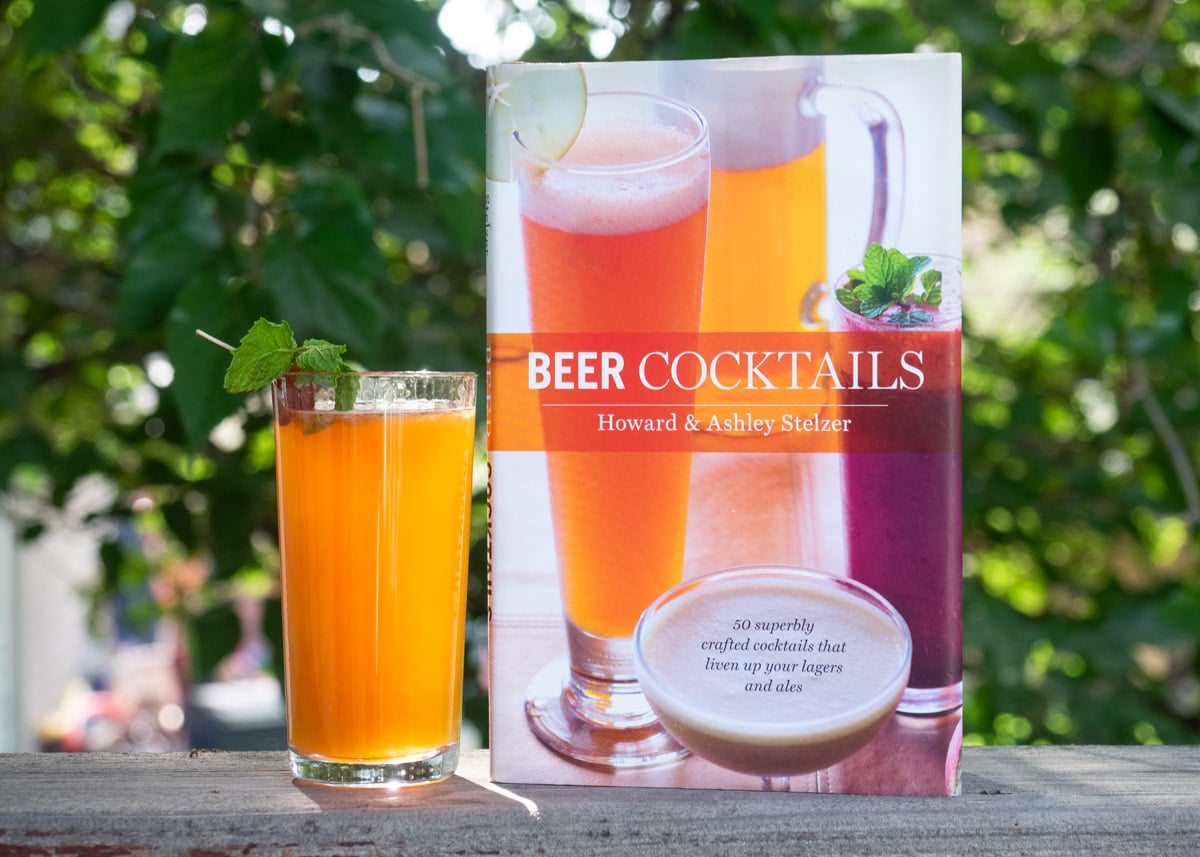 This one I got from a recipe book Lauren lent me, Beer Cocktails by Howard & Ashley Stelzer. When I was in Italy on my honeymoon many summers ago, people were drinking the fluorescent orange Aperol Spritz everywhere I went. The recipe book claims this cocktail was inspired by a drink served at the former West Hollywood bar, One Sunset, but it was the Aperol, an Italian apéritif made from gentian, rhubarb, and cinchona, that caught my interest. It’s like Campari but is less bitter and has a lower alcohol content. The mint gives this drink a summery flare. I found it a bit sweet for my tastes, but that’s easy enough to adjust by using less simple syrup and more lemon juice.

Directions: Muddle 6 of the grapes with the mint leaves in a mixing glass. Fill halfway with ice cubes and add the vodka, Aperol, simple syrup, and lemon juice. Stir, then strain into a Collins glass. Top with the Amber lager. Use the remaining grape and a sprig of mint leaves as garnish.

Beer is full of surprises! No need to get in a rut with any one style or limit yourself to pure beer only. Beer cocktails will liven up your summer, or any season, with a mélange of flavors that will rock your senses.