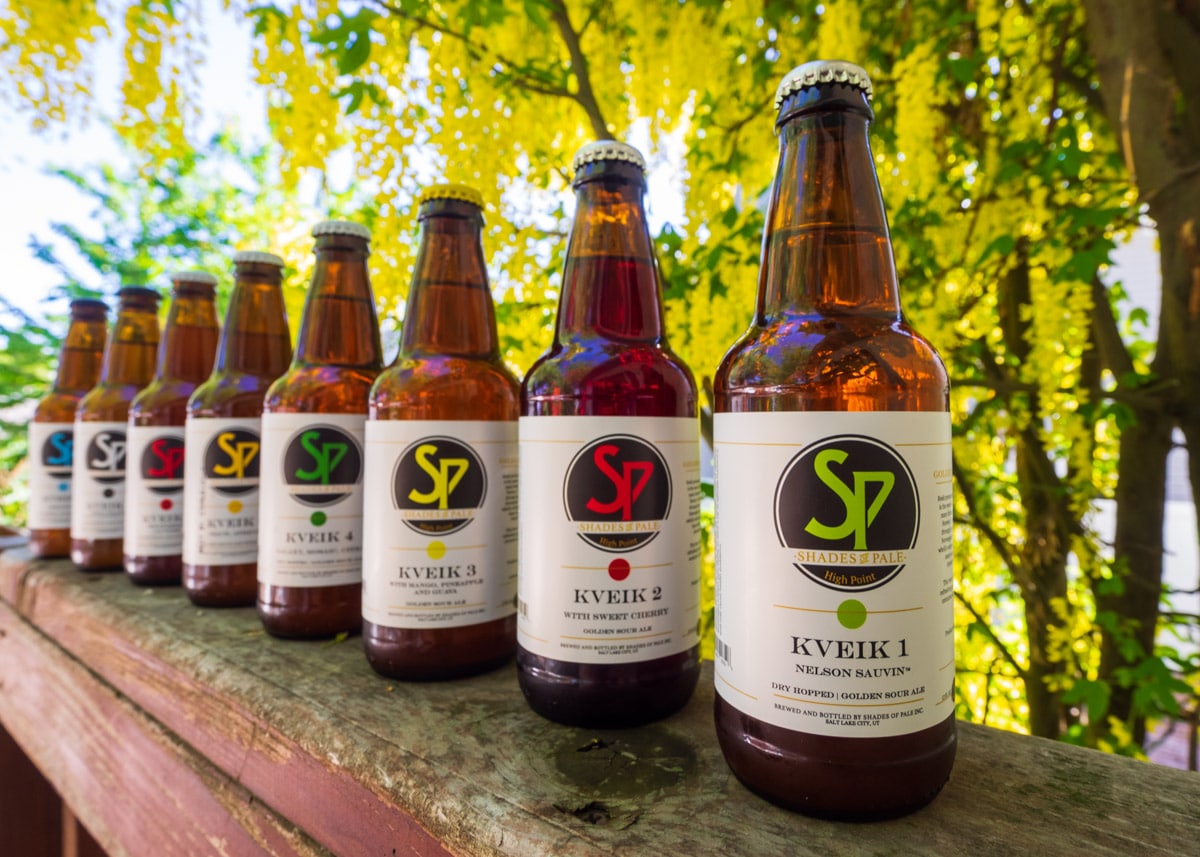 For lovers of history and ancient beer styles, everything old becomes new again. Kveik is one of the latest examples of something that has been around for centuries hitting the mainstream. Kveik, however, is not a beer style. It’s a type of yeast. In fact, the word “kveik” (pronounced “kvike”) is a literal Norwegian translation for “yeast”. Passed down and shared through the generations, the Norwegian farmhouse yeast has some unique qualities that could be very attractive to brewers around the world. Here in Utah, Márcio Buffolo of Shades Brewing has been experimenting with kveik for the past year, winning a GABF (Great American Beer Festival) gold medal for a dry-hopped golden sour brewed using a culture of the yeast. For Shades, that was just the beginning, and it’s highly likely that we’ll begin to see kveik-fermented beers popping up on menus everywhere.

Kveik is not your average brewer’s yeast. For hundreds of years, it has been used, and reused by farmhouse brewers in Norway who stored it dry between uses. The dried yeast would live dormant on wooden rings or logs to be awakened when dipped into fresh wort. When fermentation finished, the yeast ring or log would be hung to dry again and could be kept that way for as long as a year. If the yeast went moldy or sour, a farmer could get fresh yeast from the neighbors. In general, these farmhouse brewers took very good care of their yeast and often shared with other brewers. They also passed down from generation to generation. For this reason, the various kveik strains are closely related to each other with specific cultures having very regional and familial origins.

At one time, kveik was the only domesticated brewer’s yeast available in Norway. It has since faded and might have completely disappeared except for Norwegian homebrewers keeping the traditional farmhouse methods alive. These include producing their own malts, utilizing open fermentation, making raw (unboilded) beer, using baker’s yeast, and incorporating juniper branches in the boil and lautering phases of the process. Lauren attended a seminar recently on Ancient Nordic Beer Styles and reported back on what she learned. I invite you to read it if you missed it. Today, many kveik cultures are being sold commercially, and are being used to create various non-farmhouse styles around the world.

There are quite a few features that set kveik apart from other common brewer’s yeasts.

Because of its unique characteristics, kveik is an incredibly versatile yeast that can ultimately be used in a variety of beers. To learn more, I sat down with Márcio Buffolo at Shades Brewing to pick his mad scientist brain. He acquired a Lithuanian culture from a homebrewing friend called Simonaitis. It’s important to note that the Lithuanian cultures are slightly different from the Norwegian kveiks and can’t be stored dry. Simonaitis contains 5 strains of yeast and a strain of lactobacillus (bacteria). Because of the bacteria, this culture is often used in sour beers. Bacteria can potentially produce off-flavors during fermentation, so Márcio decided to clean his culture by using a specific antibiotic to kill the lactobacillus, opting instead to sour the beer in the kettle prior to fermentation. Initially he made three beers using the kveik, all golden sour ales. One was dry hopped with Nelson Sauvin, the second had sweet cherries added, and the third was a tropical blend of mango, pineapple, and guava. 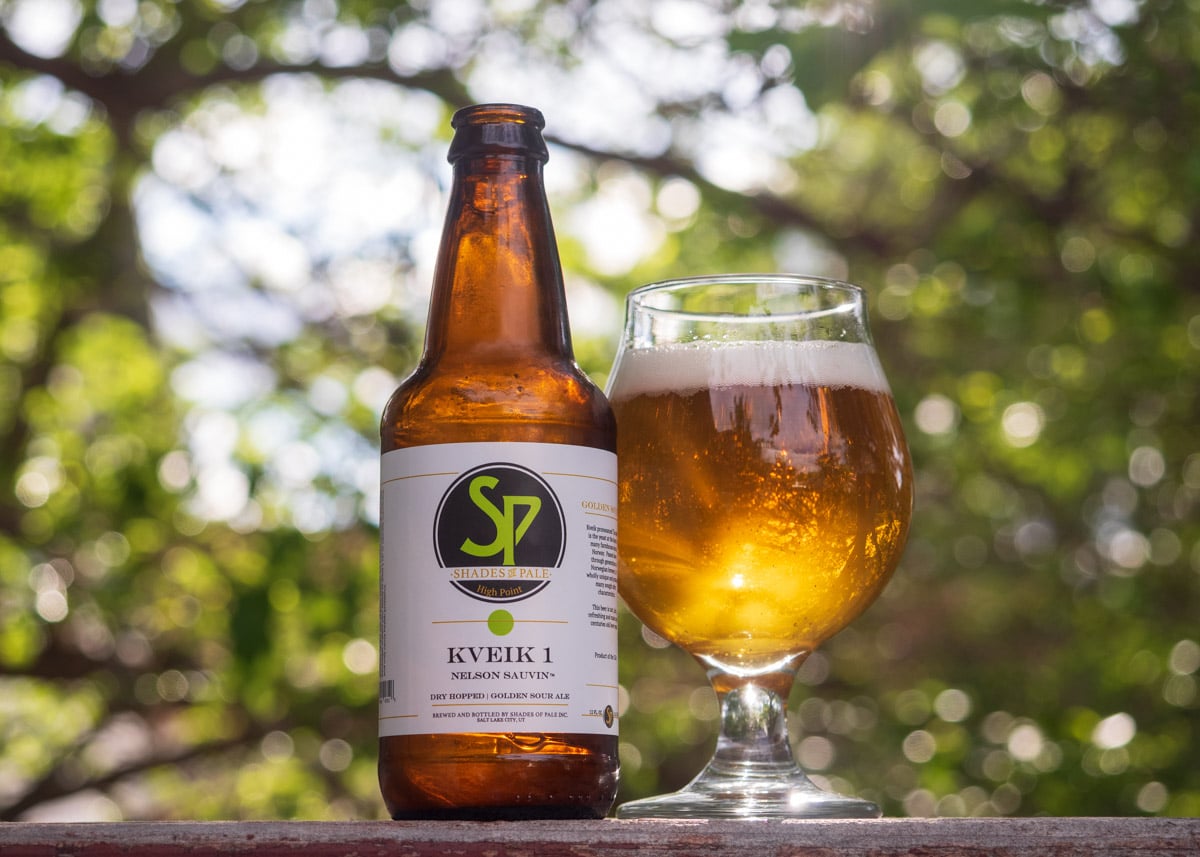 After Shades Brewing won a 2018 GABF gold for Kveik 1 Nelson Sauvin, they decided to continue the series of kveik beers. Márcio came up with some other variations for a total of nine in a numbered series. Because some took longer than others to finish, they did not release in order, but the run contained an assortment of fruited and dry hopped selections. My personal favorites were number 8 (pina colada with coconut, pineapple, and lactose) and number 9 (Lemondrop dry-hopped). Pina Colada just won a gold medal in Idaho Falls at the 2019 North American Brewers Association International Beer Awards! 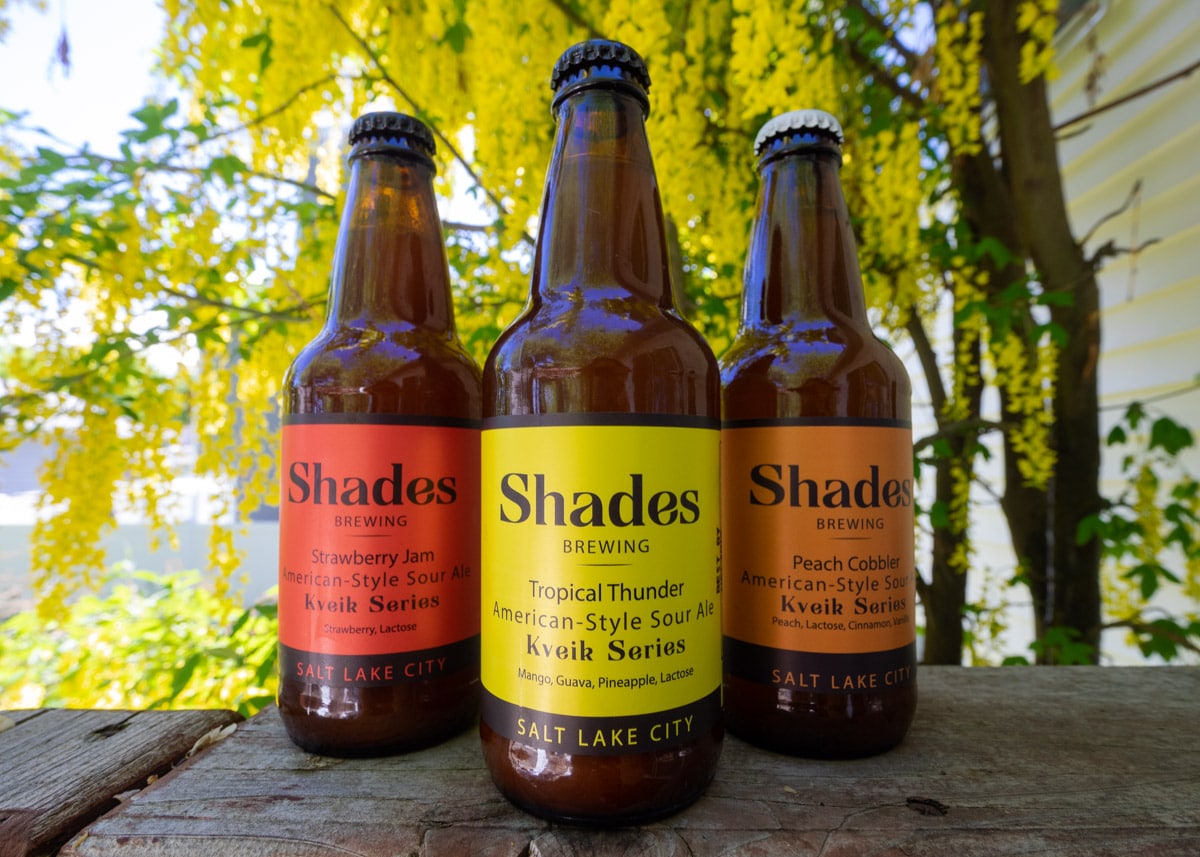 The Shades Kveik Series is here to stay, but it will no longer be numbered. Two returning favorites now bear titles, Tropical Thunder and Strawberry Jam. The latest new flavor, Peach Cobbler (peach, lactose, cinnamon, and vanilla), is to die for! I look forward to trying upcoming options like the Citra Bomb (made with blood orange, grapefruit, tangerine, and Citra hops) and a Thai soup-inspired version made with coconut, lemongrass, and galangal root (Thai ginger). I’m also excited for a potential Pie & Beer Day Kveik made to taste like key lime pie. Yum!

But it doesn’t stop there in the Shades brewhouse. In the course of brewing all these kveik beers, a mistake was made. Some cross-contamination occurred during bottling and kveik ended up in the IPA. As it turns out, this wasn’t a bad thing. The beer had a very pleasant flavor. The citrusy, fruity esters from the yeast complemented the hop profile rather well. This happy accident sent Márcio to further research kveik. He learned many of the things I outlined above. This yeast is versatile, fast, temperature tolerant, and a little goes a long way. “It’s only beneficial to be using this strain,” he says, “Why not switch the entire house strain to the kveik?” That’s right, Shades now uses kveik for most of its main beers. 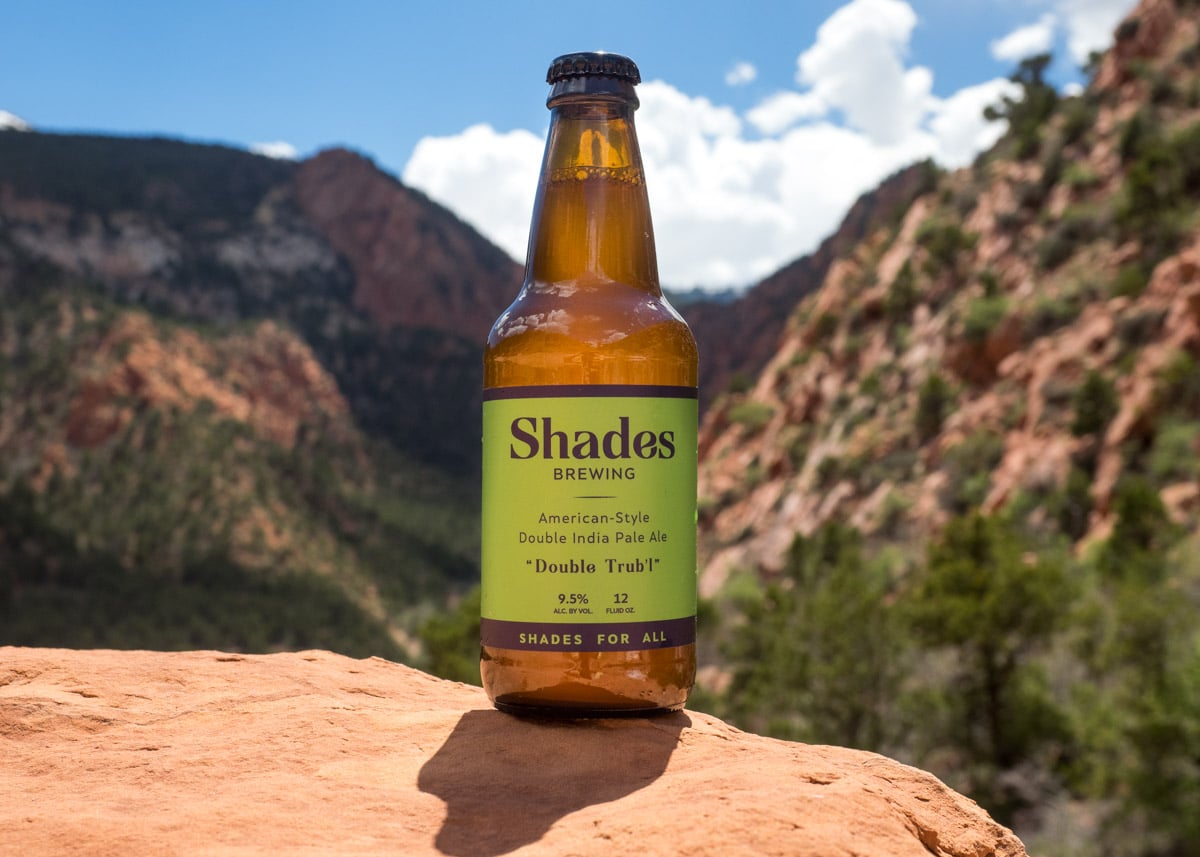 “The good thing about kveik is the versatility,” Márcio explains. To achieve a flavor profile high in esters, pitch less yeast and ferment at high temperatures. This is the strategy Shades uses with its Double Trub’l DIPA. Rather than increasing the addition of hops, as many breweries are doing to get juicy fruit notes, Márcio uses kveik to add layers of citrusy esters to accompany the hop notes. If esters are not desired, the kveik can be pitched at a higher rate and fermented at lower temperatures to attain a more neutral yeast flavor profile.

Although the yeast character of kveik is typically fruity, there are a variety of flavor profiles available to experiment with. Many kveik cultures also have floral, herbal, and earthy properties. Phenolic elements like clove or rubber can be present in some cultures, but these are generally understated. For a list of commercially available kveik cultures and their properties, visit Milk the Funk Wiki. There is also a Farmhouse Yeast Registry kept by Lars Garshol. His blog, Larsblog, is a remarkable resource for anyone interested in learning more about kveik and how to use it.

What an incredible yeast kveik is! The more I learn about it, the more I want to try it myself. As a homebrewer with limited facilities, I am very interested in a no-fuss yeast that doesn’t need to be kept cold during fermentation. Kveik really shines under stress, and the flavor potential is unleashed with higher temperatures. I hope to see more professional brewers utilize the assets this yeast has to offer. If I see “kveik” on the menu, you better believe it’s going into my glass. I will happily toast the generations of Nordic farmers who carefully preserved it for posterity to enjoy.