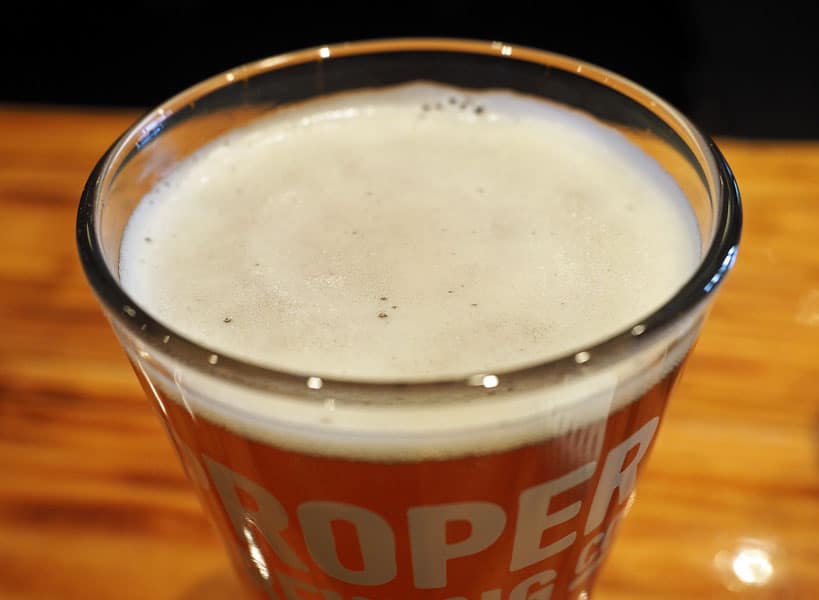 These days, you don’t find many hopless beer styles. But hops in beer are a relatively modern idea. Before hops were used starting about 1000CE, beer was brewed with a mixture of herbs and spices called “gruit” (pronounced grūt, rhymes with root ). It’s not a sexy word, but it’s an interesting story.

In the Middle Ages beer making was a household chore done primarily by women who often brewed beer as a reliable source of income. At this time, beer didn’t circulate far from the source. Each town had its own brews made from a regional proprietary gruit, the use of which was mandatory. Furthermore, only the holder of the local “gruit right” could sell it. This was typically the church or the state, or some mixture of the two, and therefore served as an early form of taxation.

What exactly was in the gruit was a secret and purposely complex to confuse prospective counterfeiters. Bog myrtle or sweet gale was a common herb used along with yarrow and wild rosemary. The herbs were augmented by whatever seasonings were readily available and included things like: juniper, caraway, aniseed, coriander, and even possibly cinnamon, nutmeg, and ginger. The Picts, who inhabited what became Northern Scotland before the Celts, not surprisingly used heather in their beer.

Hops were first introduced in cities that were beyond the reach of the church where the use of gruit couldn’t be enforced. A distinct divide between brewers who brewed “red beer” with gruit, and those who brewed “white beer” with hops, developed. Each town was usually known for one or the other. Eventually hopped beer became more and more popular because of its flavors and preservative properties. In modern times, it’s quite difficult to find beer brewed with gruit, but there are a few brewers out there who like to experiment with the ancient style.

Rio Connelly of Avenues Proper, a restaurant and brewery in the Avenues district of Salt Lake City, has been brewing gruit for the past 6-7 years. This year, an idea was hatched to team up with Geoff Christensen of Grow Wild, a local nursery that specializes in xeriscaping (landscaping focused on reducing the need for supplemental water use) and plants native to Utah. Using only local herbs for bittering, in the spirit of the gruit brewed beers of old, Grow Wild Gruit was born! 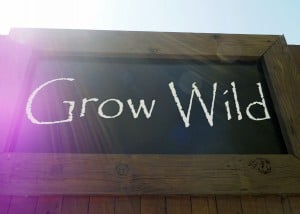 It’s a gruit-style saison brewed entirely without hops. Yarrow, the primary bittering herb used, is added to the beginning of the boil. Horse mint and hill sage (artemisia tridentata or” big sage”), for aroma and flavor, are added toward the end of the boil. All of the herbs were harvested while flowering then dried at the brewery before use. 10 lbs of local honey, harvested in the Avenues, is also added to the boil and allowed to ferment out.

I kept an open mind, but I really wasn’t sure what to expect when I tried Grow Wild Gruit. Sometimes these old styles of beer have gone out of style for a reason. Turns out, it’s quite good! The aroma is sweet fruity, and herbal. The yarrow gives it an earthy backbone with flavors of fennel from the mint and peaches from the yeast and the sage. The delicate flavors balance nicely to make a beer that isn’t too sweet or too dry. It’s very drinkable and approachable.

If you want to try the Grow Wild Gruit, it’s still available at Avenues Proper (though not for long), and it will be available at the 3rd Anniversary Dinner on May 1st. Other breweries like New Belgium, Cambridge, and Elysian also make the style, but it’s likely to be seasonal and available for a limited time. If you get a chance to try gruit, you’ll taste a bit of beer brewing history.