If your German is rusty, fear not. I’m gonna break this down for you into tiny little pretzel bites. I must admit, I’ve been putting off this post for well over a year for fear that I’d butcher the most pure and sacred law that has carried German lagerbier as as we know it into the 21st century. Though I may never find myself worthy of delving deeply into such a rich topic, I do feel comfortable scratching at the surface and sharing my findings with you here.

Without further ado, here are 5 Things You Should Know About Das Reinheitsgebot.

1. What is the Reinheitsgebot?

The Reinheitsgebot (pronounced rine-hites-geh-bote, with long “i” sounds), also known as the German Beer Purity Law, is a series of laws limiting the creation and sale of beer in Germany in favor of the well being of its citizens. The most popular form of the law is the ordinance created in Bavaria on April 23rd, 1516. This particular iteration stated only barley, hops and water could be used in the creation of beer. The influence of yeast as an ingredient was not yet known, but yeast would later be added as a fourth ingredient. This version of the law also set prices and price ranges for beer sold in the common serving volumes of that time.

The Reinheitsgebot is not a single law, but a series of laws that were made before and long after the most popular 1516 form. The 503rd celebration of the 1516 German Beer Purity Law was held last week on April 23rd, 2019. The law has changed to adapt to the standards of modern age, all while protecting the purity of German beer tradition.

2. Why was the Reinheitsgebot created?

The Reinheitsgebot was implemented to keep wheat and rye available in plentiful quantities for bakers, eliminating the competition for use of these grains in beer production. This allowed the price of bread to remain affordable, while allowing beer to continue to be produced with well suited barley. The price of beer itself was also managed by the law to keep the beverage affordable for citizens, and prevent competitive, exorbitant pricing.

Ingredients are another area of restriction made in order to safeguard consumers. While some ingredients were unhealthy additives, others were seen in association with foreign places or religions (or lack thereof), and disqualified from the simple list of allowed components. 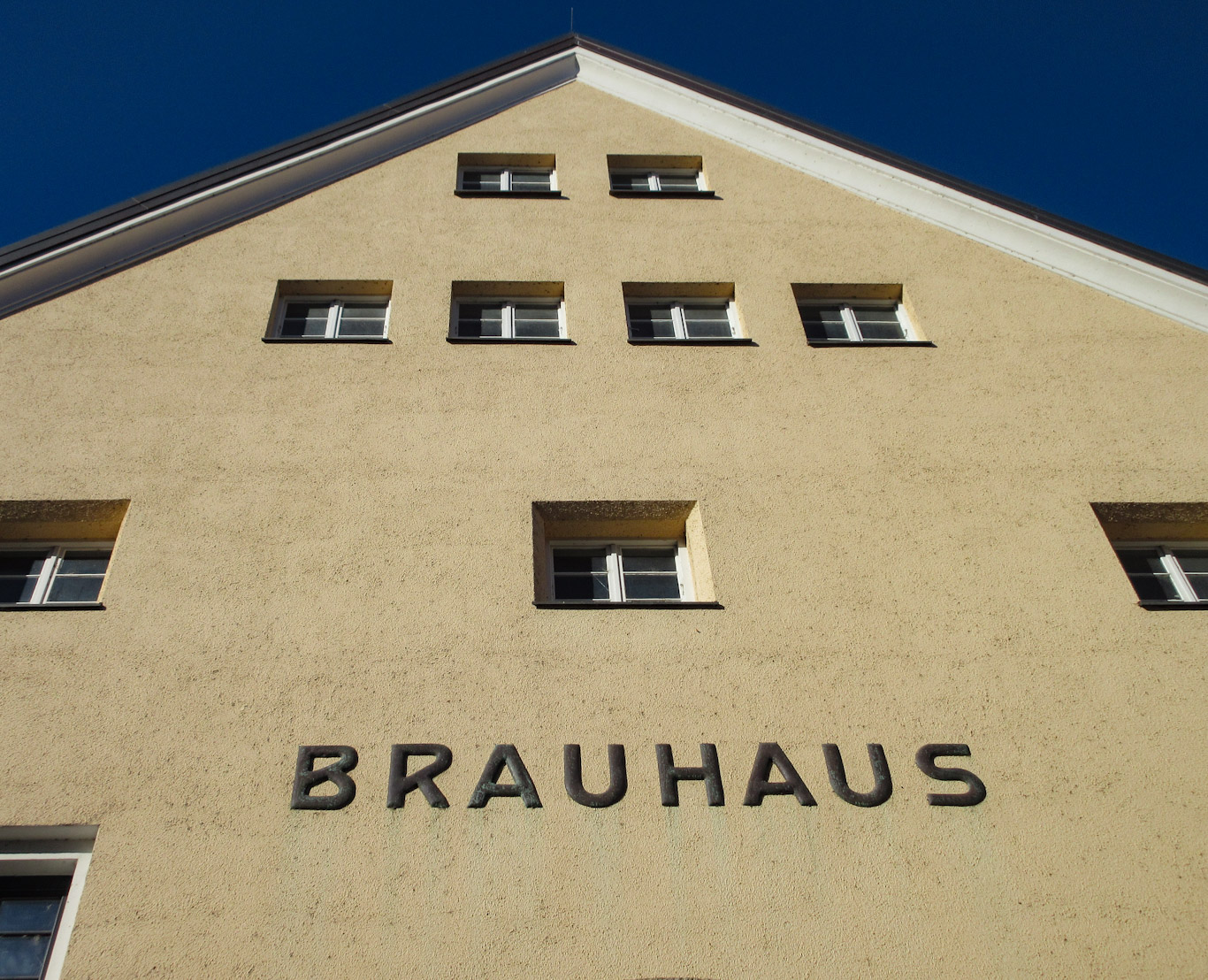 3. How did this affect the German beer landscape?

Some styles, such as the pilsner, helles, bock and schwarzbier, have thrived under the ingredient restriction. Other beer styles became extinct and have yet to be unearthed by the modern craft beer revolution. Worry not – this beer movement has a knack for giving old, dead things new life. (I’m still waiting to see use of odd beer ingredients like bay leaf, various nightbane, and other herbs outside of a gruit.)

The Reinheitsgebot has been criticized as being protectionist, and repellent of current beer trends. While it has kept pure German beer tradition at the forefront of overall German culture, it has, perhaps, stunted innovation and boosted these timeless beer styles for traditions sake. Several of the German breweries I visited in 2017 expressed their discontent with the constraints country law placed on their innovative flexibility. I understand both the desire to be creative and to uphold tradition, and the cacophony that might ensue during the struggle for balance. Please do not mistake the magnifying glass as any form of dislike. There’s a reason I write more about German beer than any other. 😉 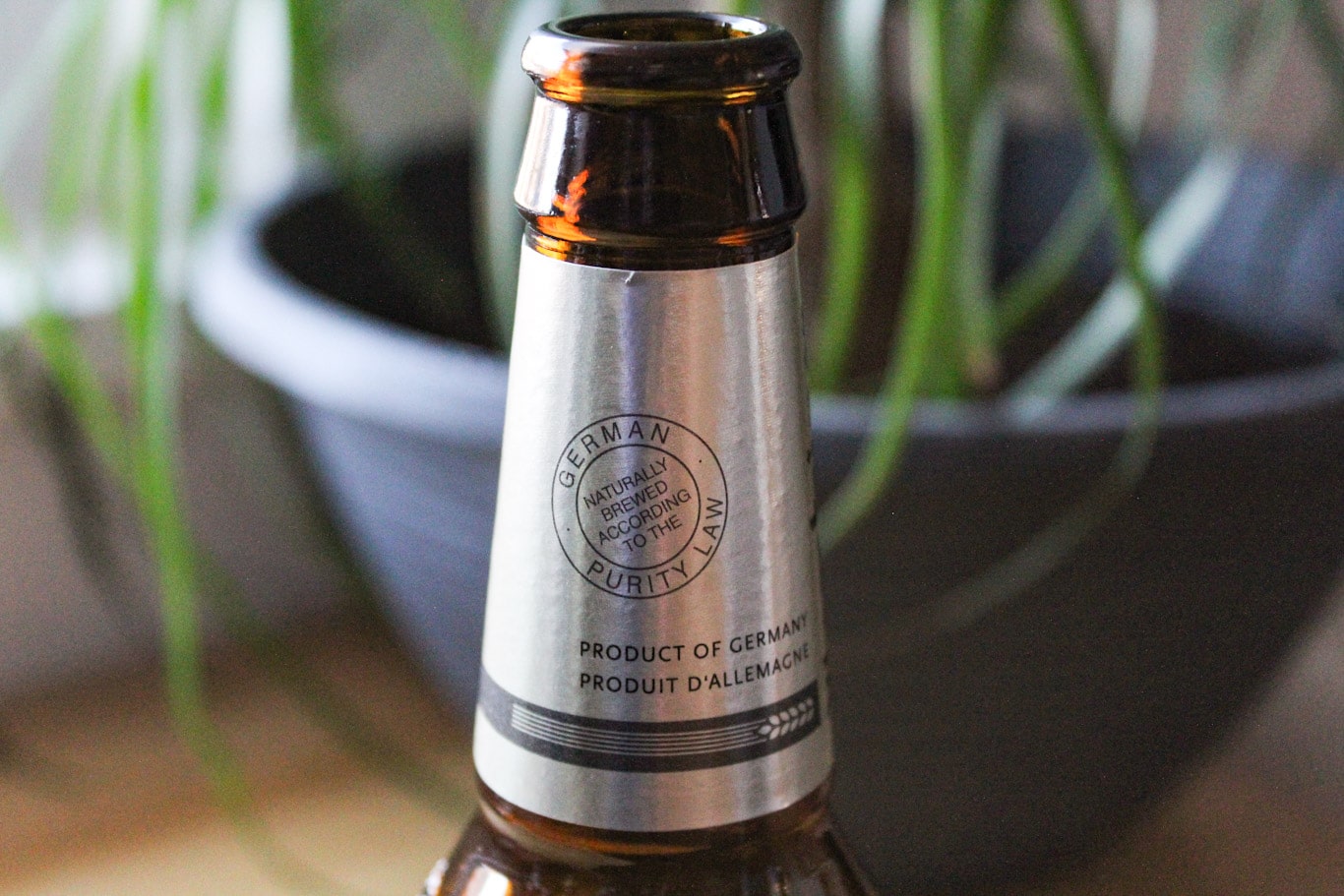 4. Why does the Reinheitsgebot still exist today?

Though seen by some as an unnecessary limitation, the Reinheitsgebot serves the purpose of marketing, German identity, and of course, beer regulation. Stating on packaging that a beer is compliant with the Reinheitsgebot is a way of telling consumers the contents are pure by the highest standards. It’s an attractive claim to both national and international consumers alike.

When visiting Drei Kronen in Memmelsdorf, Germany, their brewer stated the Reinheitsgebot is a code of honor. She explained that anyone can add flavoring to beer, but it takes a true craftswoman to evoke specific desired flavors utilizing only four ingredients. In a roundabout way, I connect this limitation to that of Utah’s alcohol laws, specifically the law limiting draught and grocery store beer to 4% ABV. Though I wouldn’t consider it a code of honor, I do think it takes a very creative brewer to execute the brewing of many styles at 4% ABV or below, and to do so very well. 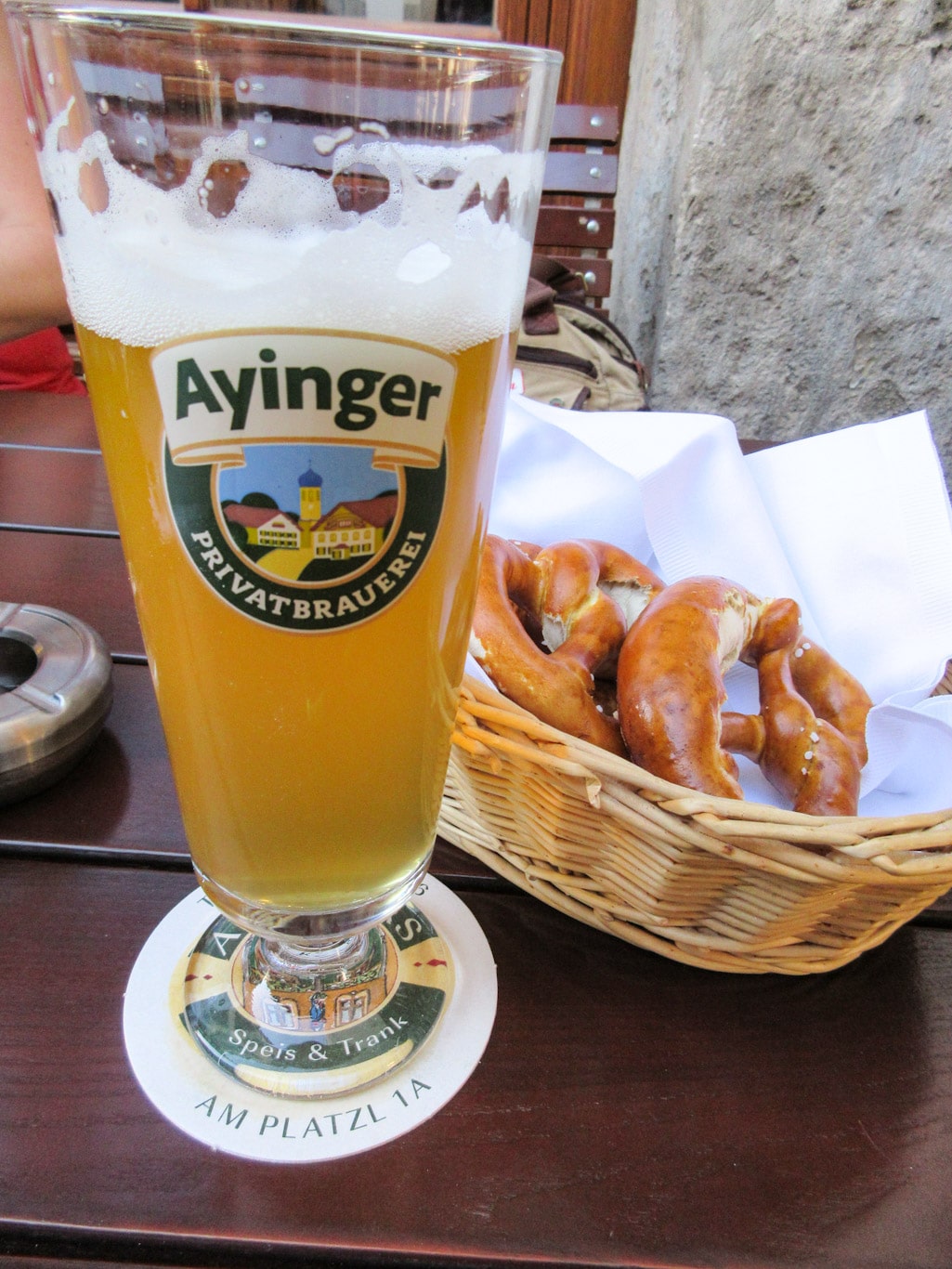 5. What has changed since the Reinheitsgebot was created?

The 1156 Beer Purity Law of Augsberg took the quality of beer so serious, that brewers of bad beer were beaten! I don’t condone violence for the sake of good beer, but I do wonder if their beer so happened to be incredibly delicious during that time. Needless to say, I’ve yet to find a law since then that beats people for making unpure suds.

The 1516 version of the Reinheitsgebot held a strong focus on food safety and affordability. Since then, food has become safer and more plentiful than ever before. The law has since allowed the use of rye and wheat, as well as many mineral additives. There are about 50 total ingredients available to brewers for use under the Reinheitsgebot. Most of these are considered catalysts in the beer making process, and are allowed because they do not change the integrity of the beer. Brewers are still unable to force carbonate their beer with CO2, despite its availability and ease of use. They must rely on natural carbonation from fermentation, though use of CO2 for the purpose of purging beer vessels is allowed.

If guarding the purity of beer is the ingredient to centuries of successful beer making, then perhaps the Reinheitsgebot and its many installments achieved more than safe beer at a fair price. This series of restrictions has carved out a beer shaped identity for the German people. Their contagious respect for beer has spread across nations, bringing people such as myself into obsessive admiration. 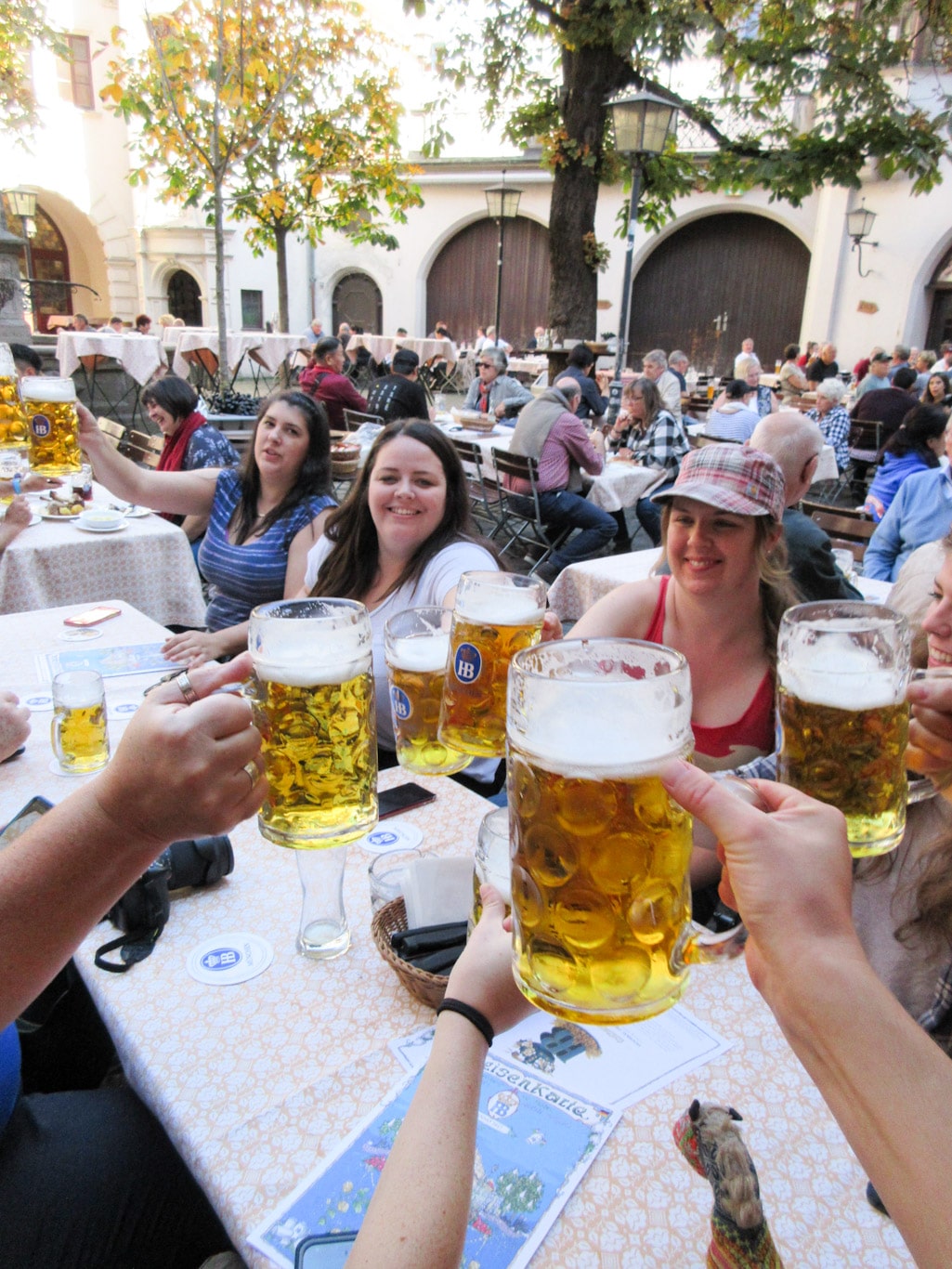