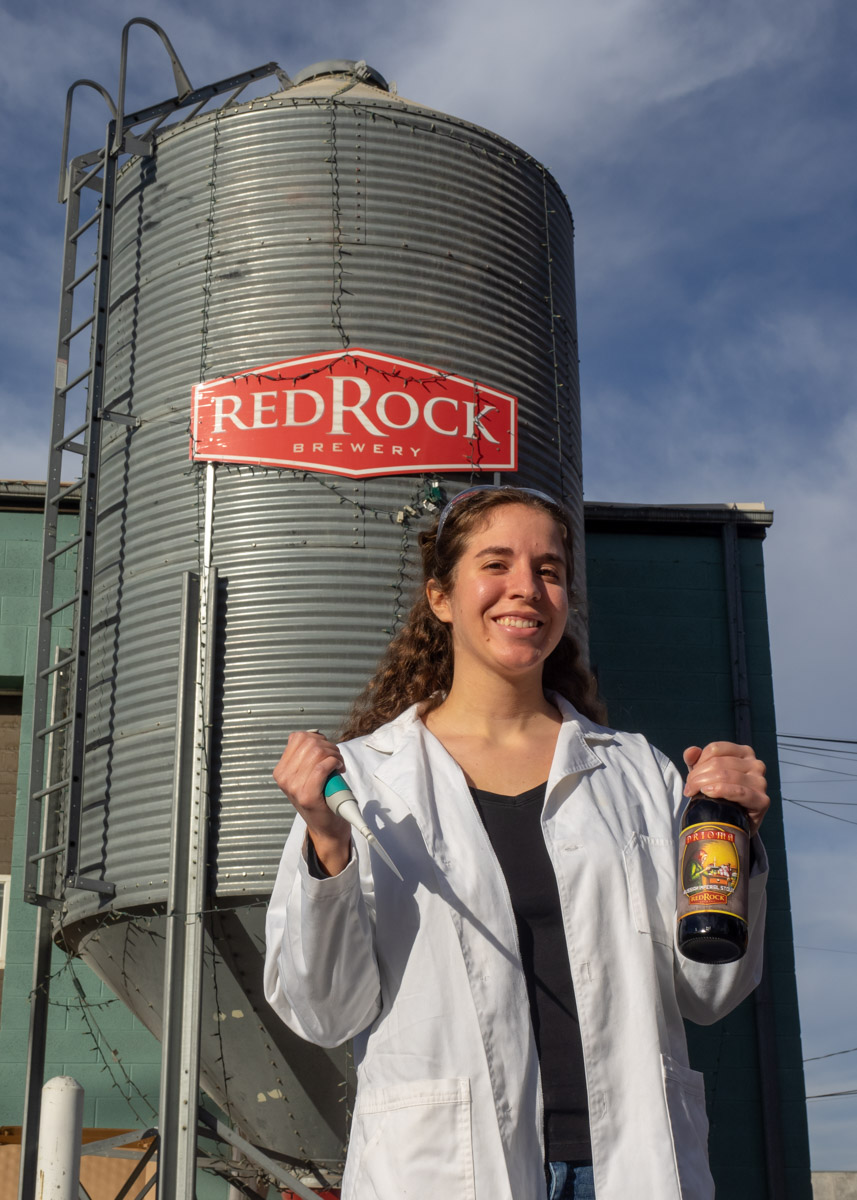 I know we haven’t written in a while, but the time has come to rev the engines and get back on track. Let us start things off by introducing Erin Larragoite, our newest Crafty Beer Girl! Erin will be a contributor to the blog going forward. This is the latest step on her journey into the world of beer that began with her studies in the field of microbiology and has evolved into volunteer work in the brewery setting. Her passion for beer, coupled with scientific expertise, makes her the perfect candidate for the job.

Erin hails from Albuquerque, New Mexico. Armed with a Bachelor of Science in Biology, she moved to Utah for graduate school and is currently working on her PhD in Microbiology and Immunology. Microbiology is the study of microscopic organisms, such as bacteria, yeast, fungi, and viruses. Immunology explores how our bodies fight off microorganisms and how we can regulate our immune response to viral, yeast, or bacterial infections. In other words, Erin is a nerd. And we love nerds!

Once she moved to Utah, Erin found herself falling in love with beer. “I found that Utah has a really great craft brewery scene, which I think a lot of people wouldn’t expect, but I think that it’s really a hidden gem here,” she muses. As she sampled the various breweries, she cultivated a love for stouts and sours, styles she was not necessarily a fan of previously. The more beers she tried, the more interested she became which led to enrolling in a few beer tasting classes at a local brewery, Red Rock Brewing. “It made me more curious about how I could combine my microbiology knowledge with what I was learning about beer.” 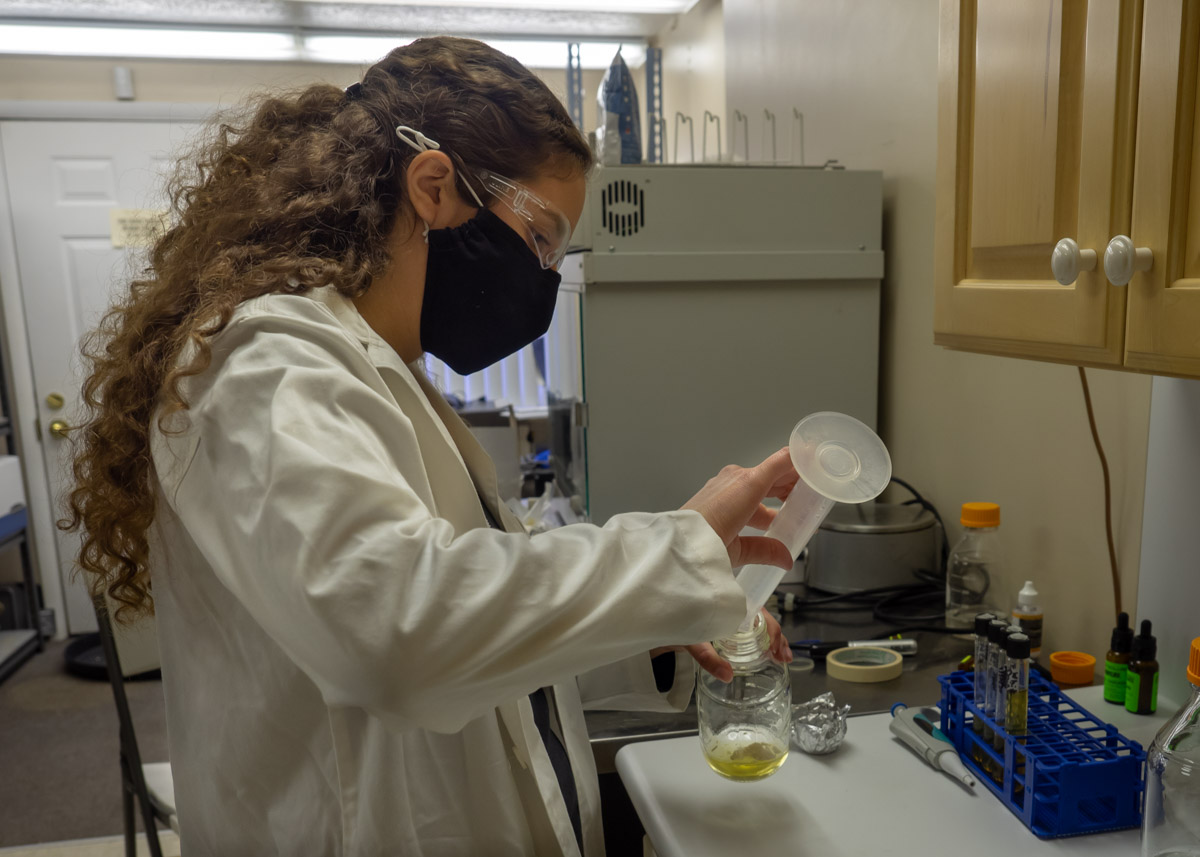 Her curiosity inspired her to volunteer at Red Rock as their microbiologist where she conducts quality control research and sensory testing of the beer. It is important for all breweries to analyze whether there are any unwanted organisms living in the beer that might lead to spoilage. That includes bacteria like pediococcus and wild yeasts that could infect beer and upset the quality of the product. Erin also organizes sensory panels to ensure beer is achieving standards of quality and consistency. Panelists test the aroma, flavor, and body of samples and Erin collects the data and tracks it over time. 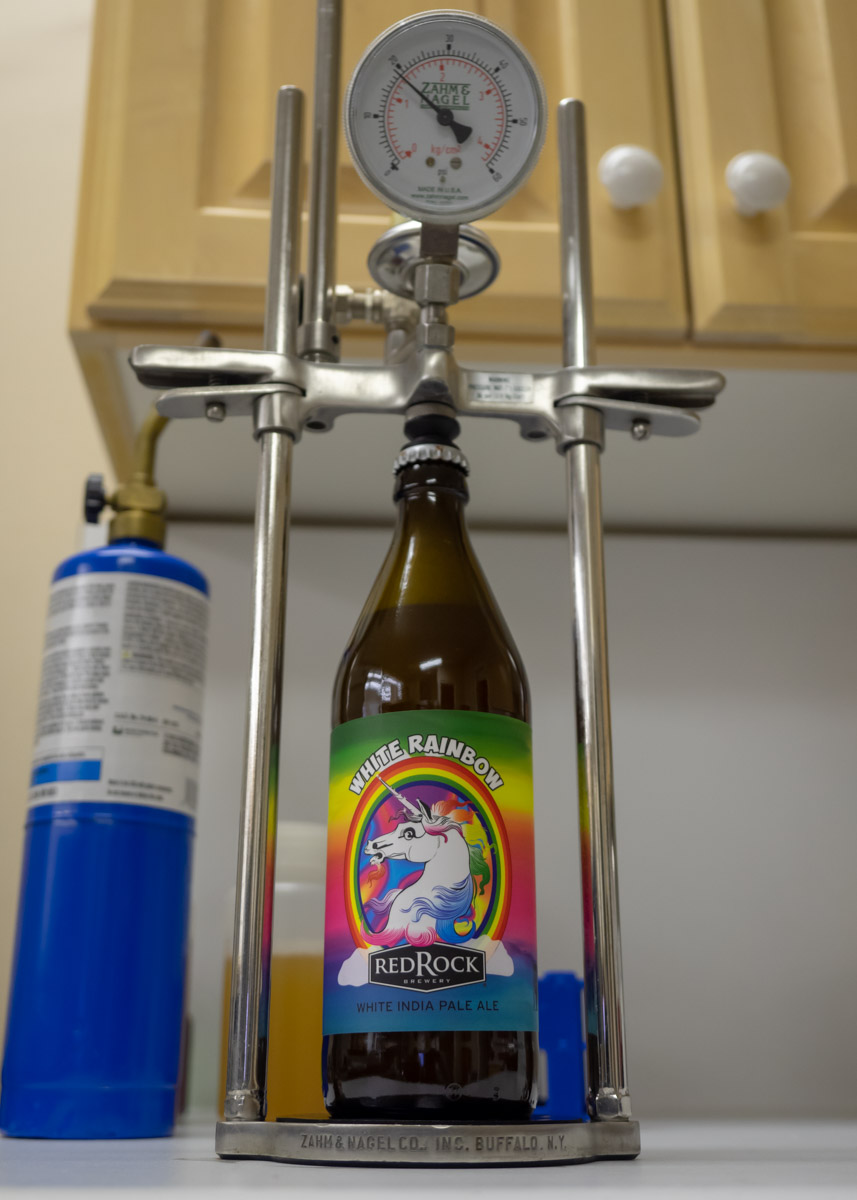 Over the past year while volunteering at Red Rock, Erin has expanded her knowledge of microbiology, particularly yeast, beyond what she learned in school. She has learned more about how fermentation works and enjoyed seeing how a brewery operates. Brewers by default must know a decent amount of science to successfully execute the brewing process. “They really learn how to combine the art of brewing and the science that goes behind brewing, and they get a lot of microbiology training from that,” she says. Her time working in the brewery has sparked an interest in learning to brew herself and she recently started homebrewing. “It’s like doing science that I can drink!”

Soon Erin will receive her PhD, but her life in the beer industry has just begun. She is considering moving her career into the brewing industry full-time. Her ambitions go beyond simply being the in-house microbiologist; she hopes to get her hands dirty and become a brewer. “I learn a lot more when I’m doing hands-on experiments than I could ever learn from sitting down to read about science in a textbook.” she explains. “That hands-on training is, I think, the most influential in learning, but I also find it the most interesting.” It is that type of discovery that drew her to the field of science, and what draws her to brewing now. “I think that I’ll be able to continue to use my microbiology training and my passion for beer, as well as working hands-on which is something I really enjoy.” 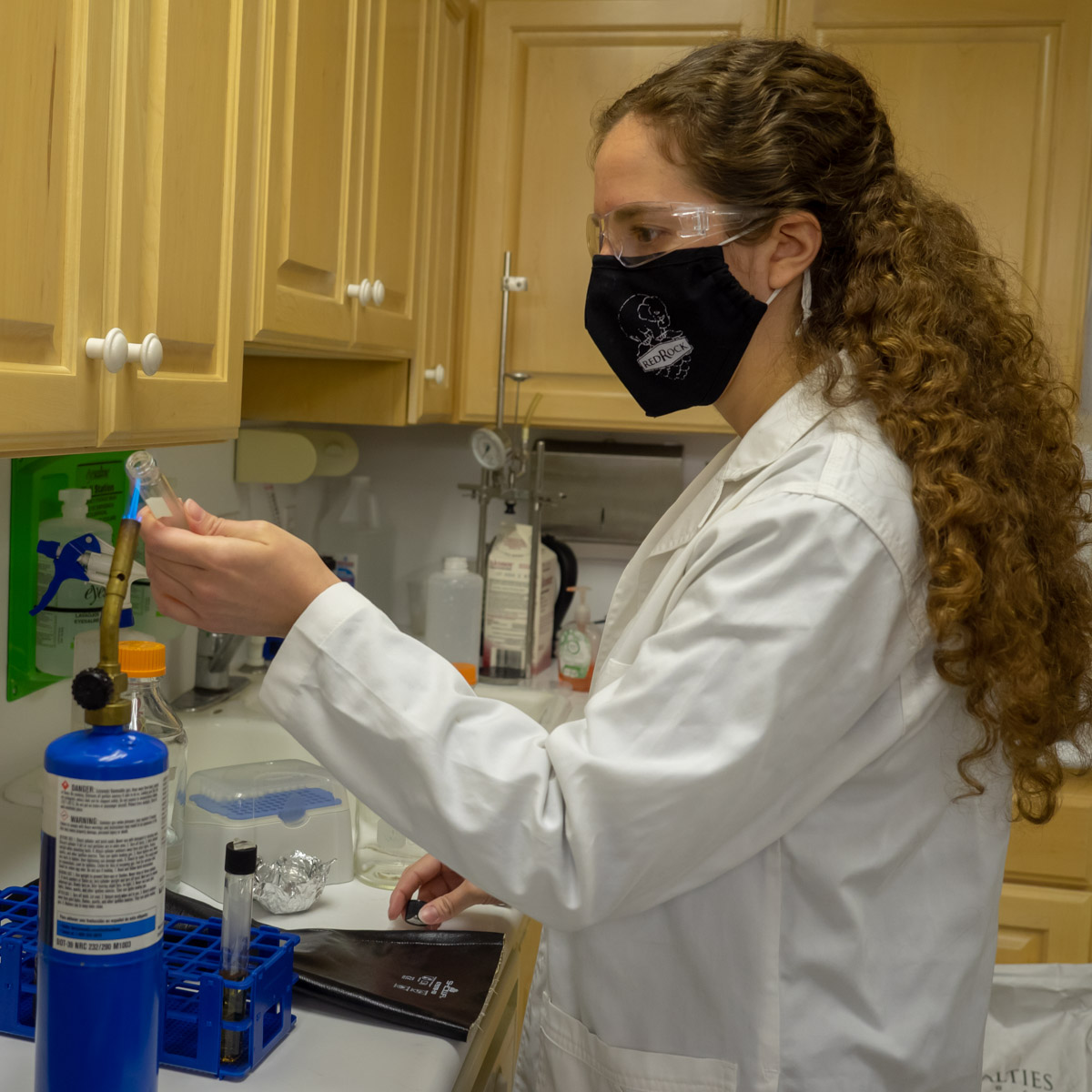 When I ask her whether becoming a brewer is the best use of her distinguished degree, Erin mentions her high school teacher whose advice was, “follow your bliss.” “I think that my bliss has really become beer and brewing,” she continues. “I want to use my scientific knowledge, combine that with brewing skills and see where that takes me.” Erin is also excited to write for Crafty Beer Girls. “I think it will give me an opportunity to really further explore my love of beer and what goes into the brewing process.” She looks forward to meeting other “kickass” women in the brewing industry and hopes to write about beer in a way that excites other beer fans and makes it more approachable for everyone. “Beer is such a universal drink,” she says. “You can go almost anywhere and have a beer and learn [something] about that region.”

I think she will do just fine.  Welcome, Erin!