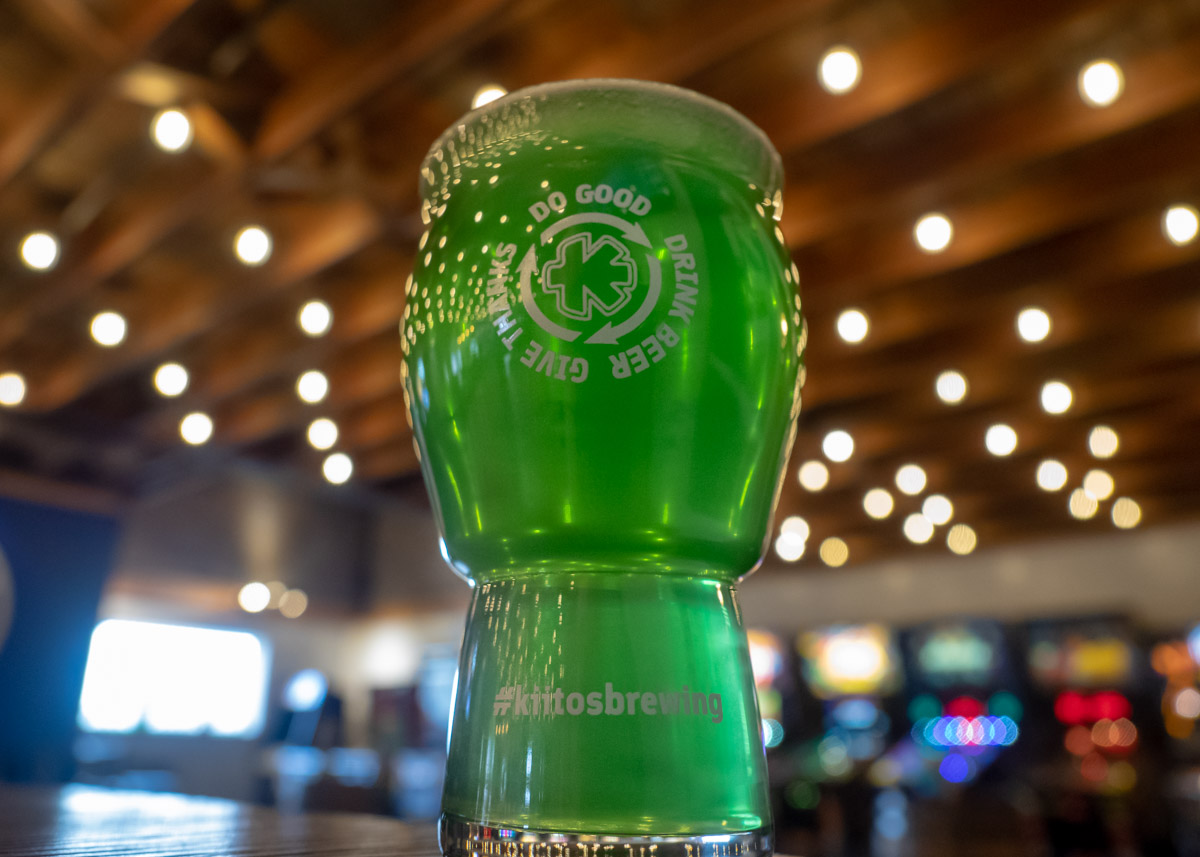 St. Patrick’s Day 2020 was the last day Salt Lake area breweries, restaurants, and bars were open before COVID-19 temporarily shut them down.  One year later, the community is celebrating the season with renewed hope that the pandemic is nearing an end. As more Utahns get vaccinated and a spring thaw brings warmer temperatures, breweries are looking a little less deserted. This year, it might be tempting to fall back on old habits and just buy Guinness for your St. Patrick’s Day festivities, but you’ll be doing Utah breweries a solid if you choose to drink local this year. 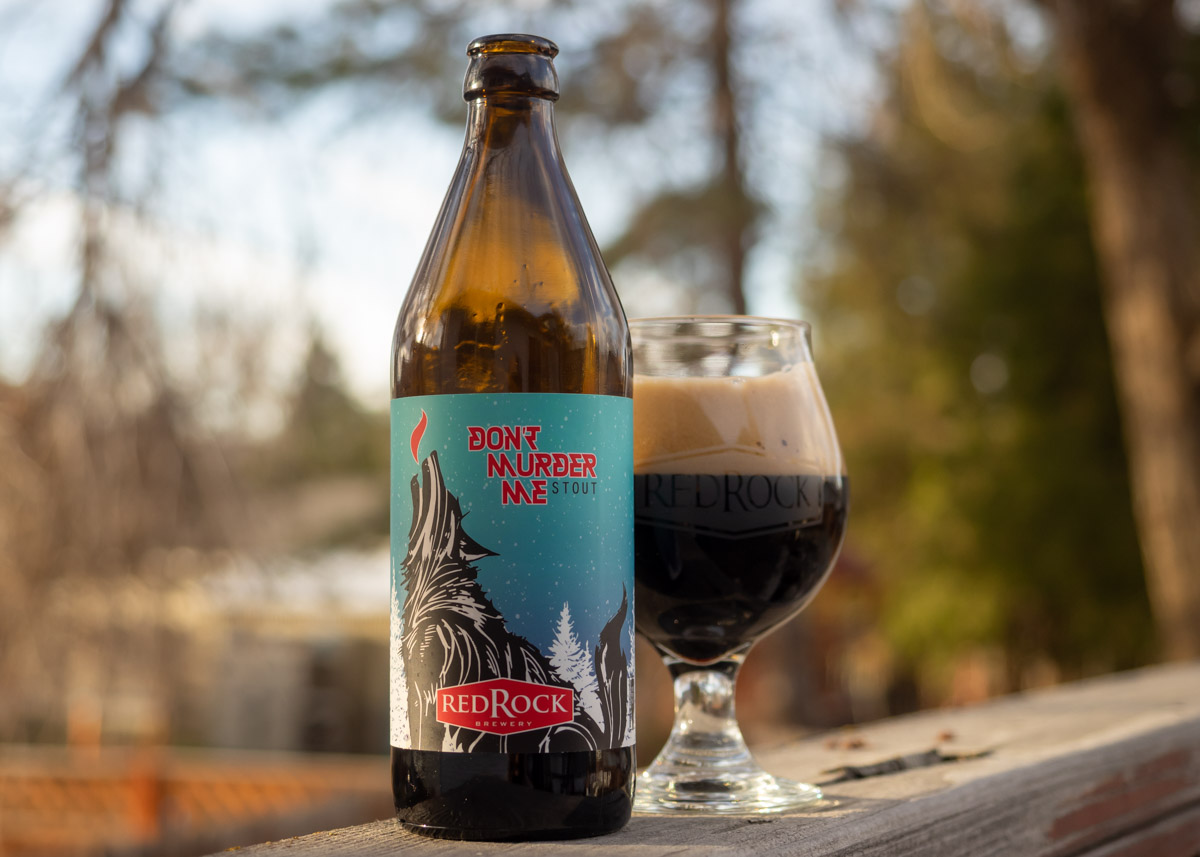 The most famous stout on the planet is the classic Irish dry stout known as Guinness, hailing from Dublin, Ireland. This low ABV style is big on flavor and easy to drink. To dodge taxes from the use of malt in the early 1800s, the style is known for utilizing unmalted barley which gives it an intense coffee character and rich, creamy texture. Irish stouts brewed for export traditionally contain extra hops and/or higher alcohol content for better preservation during shipping. Don’t Murder Me Stout by Red Rock Brewing was inspired by the Irish Export Stout and is available now at the brewery. 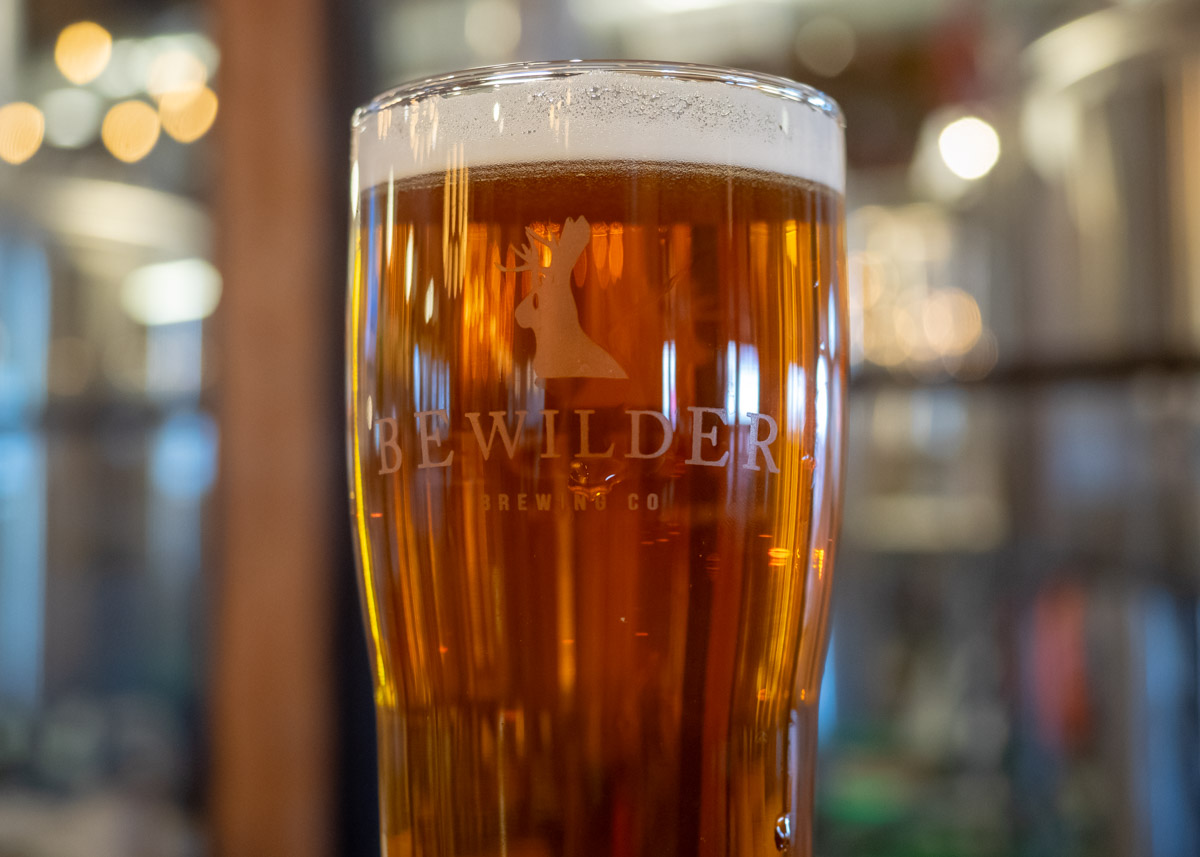 Fans of Harp lager, a pilsner-like beer brewed by Guinness, will love the Irish lager at Bewilder Brewing. Irish pale ale malt gives this beer a bit of color and some rich, malty flavors. Irish ale yeast is fermented at lager temperatures for a smooth, easy drinking beer. Available now at Bewilder. Look for a fantastic menu of authentic Irish food at the brewery starting March 17th, through the weekend. Try a 20-ounce black and tan special made with the house stout and Irish lager or enjoy a pint of glitter beer if you’re feeling fabulous! 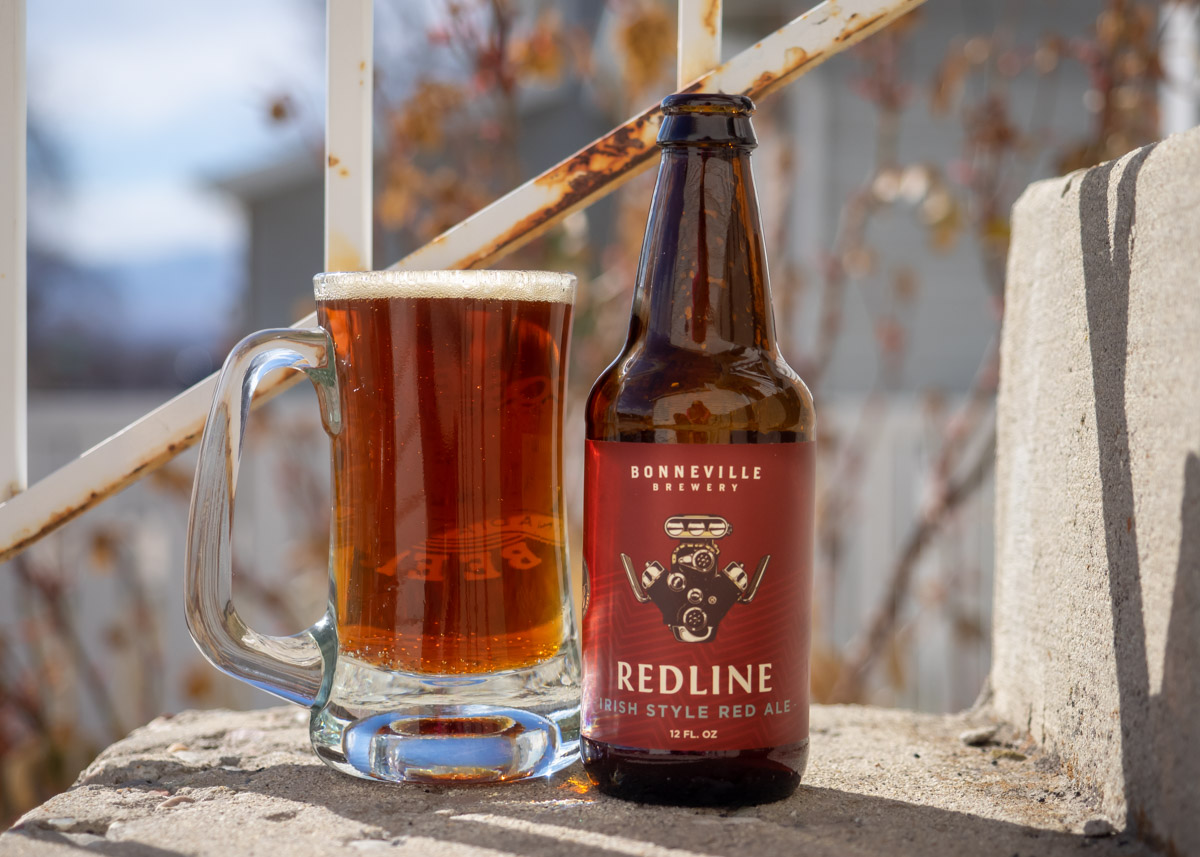 Enniscorthy Ruby Ale was the original name of the beer we now know as Killian’s Irish Red. Technically, it is an amber lager, not an ale, but Coors can be credited for making the term, “Irish Red Ale,” prominent. Smithwick’s of Kilkenny, Ireland (later acquired by Guinness) is also known for brewing a red ale, but it is notably American brewers who have taken up the style. Known for its reddish-brown color, Irish Red Ale has little hop bitterness or yeast character allowing malt flavors of toffee and caramel to dominate. Bonneville Brewery in Tooele, UT makes Redline Irish Red which you can find at grocery stores and on draft at Pins & Ales, in addition to the brewery. 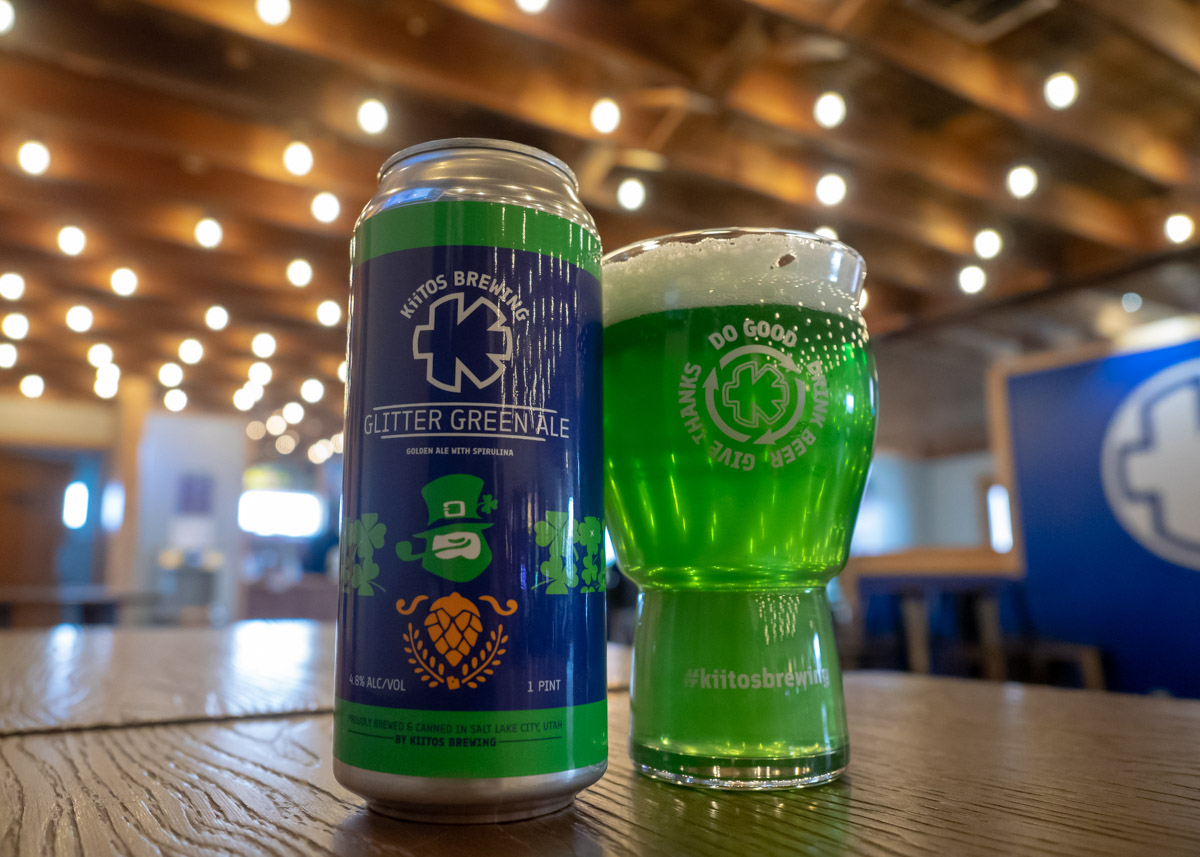 If your St. Patrick’s Day traditions involve green tinted beer, consider trying the Glitter Green Ale from Kiitos Brewing. This blonde ale was brewed with spirulina (not food coloring) to achieve its green hue and has a bit of green glitter added for sparkle. Available in cans in limited quantities from the brewery. This will sell out, but a few have been held in reserve for the holiday to be served at the brewery for on-site consumption. 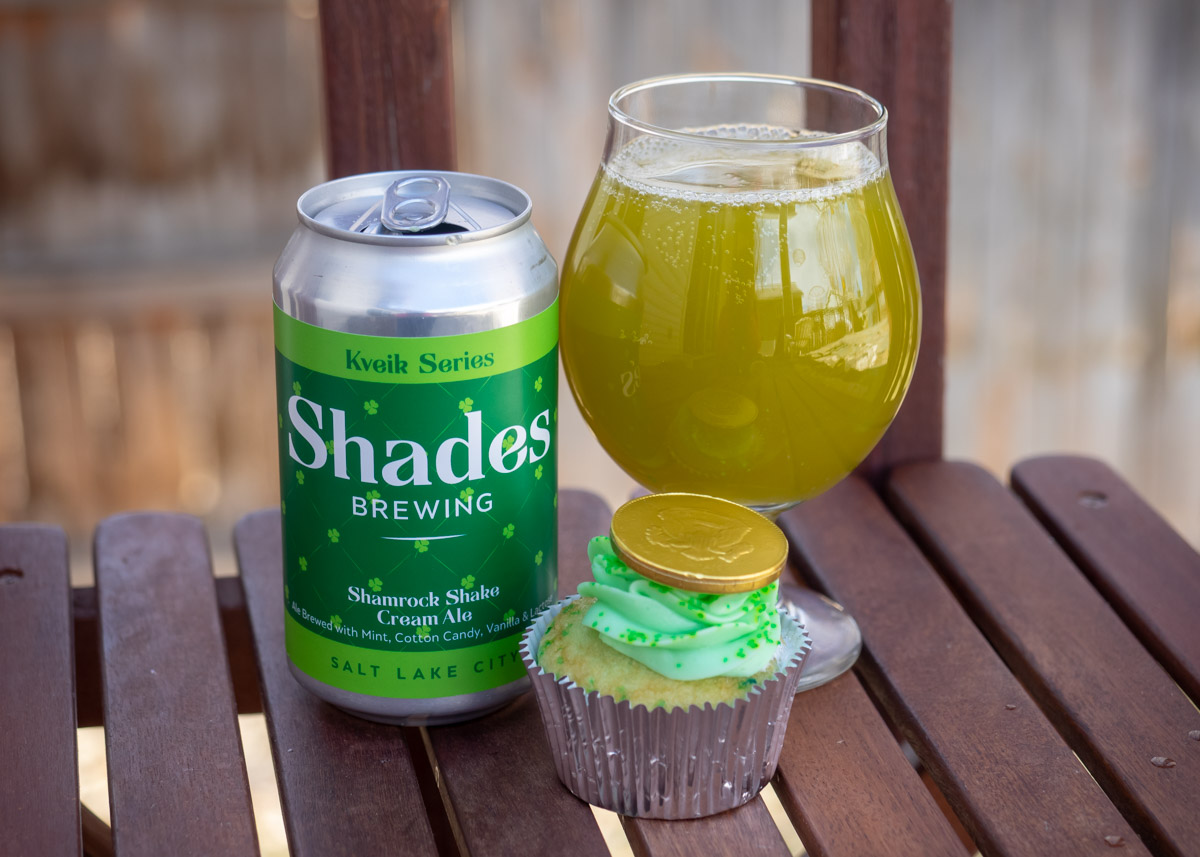 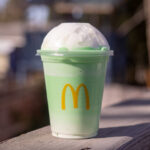 Devotees of McDonalds seasonal Shamrock Shake, a green mint flavored concoction blended with vanilla soft-serve ice cream, might want to seek out this experimental offering from Shades Brewing. It is a cream ale brewed with mint, cotton candy, vanilla, and lactose, and I was able to buy a delicious matching cupcake from Sweet Vinyl Bakeshop to go with it. The beer does manage to hit all the flavor notes of the sweet, minty confection without being too heavy-handed about it and provides a bit of childhood nostalgia for good measure. 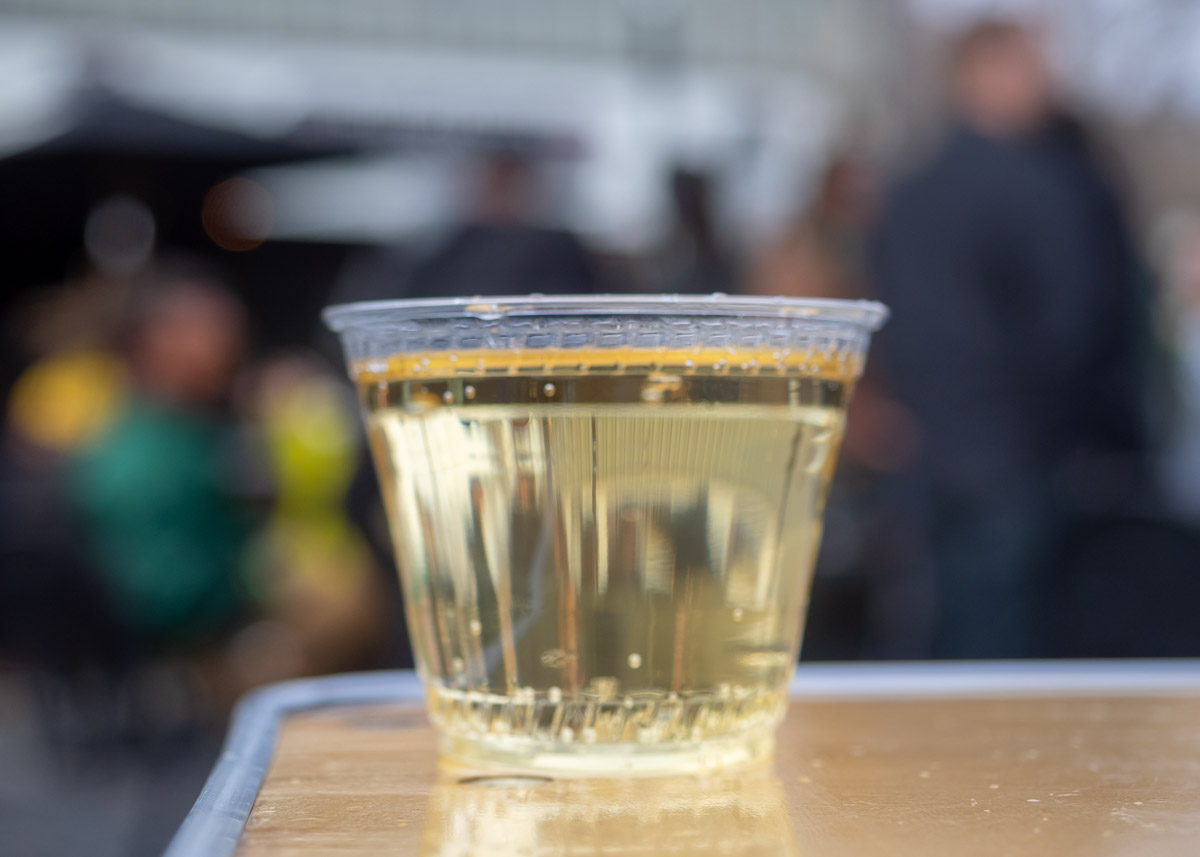 Cider lovers, there’s an option for you too! Mountain West Hard Cider created an Irish cream flavored edition to their small-batch Little Orchard Series. The cider retains its apple acidity with a hint of the sweet nutty, caramel, toffee, and vanilla flavors you might find in an Irish cream liqueur. Available for growler fills and on tap now at the Mountain West Cider House & Bar .

Whether you go out for St. Patrick’s Day or stay home with some home-cooked corned beef and cabbage, we hope you’ll celebrate by downing a few local brews and making a toast to a better year ahead. Sláinte!