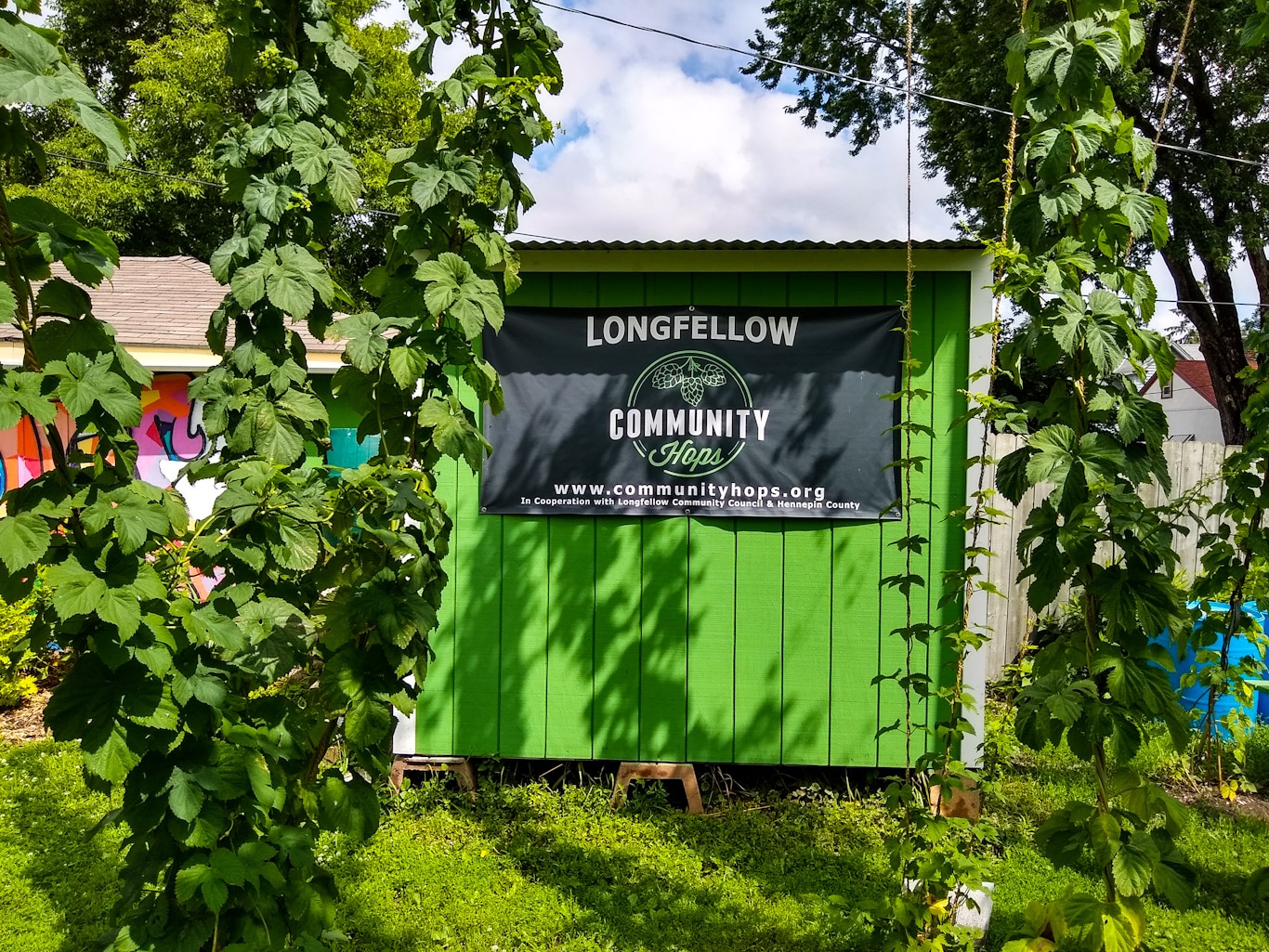 When I travel, I seek out the experiences that are tied to their geographic location. This usually means food and beer, but also museums, thrift stores, and gardens. I want flavors and sights unique to the place I’m visiting. I’m not trying to go to McDonalds and then sit in a Cinemark theater. I’m trying to find cachapas venezolanas (corn pancakes) for breakfast and a casual stroll through the community hops garden. This is what I found in Minneapolis, Minnesota, and I was quite enamored. 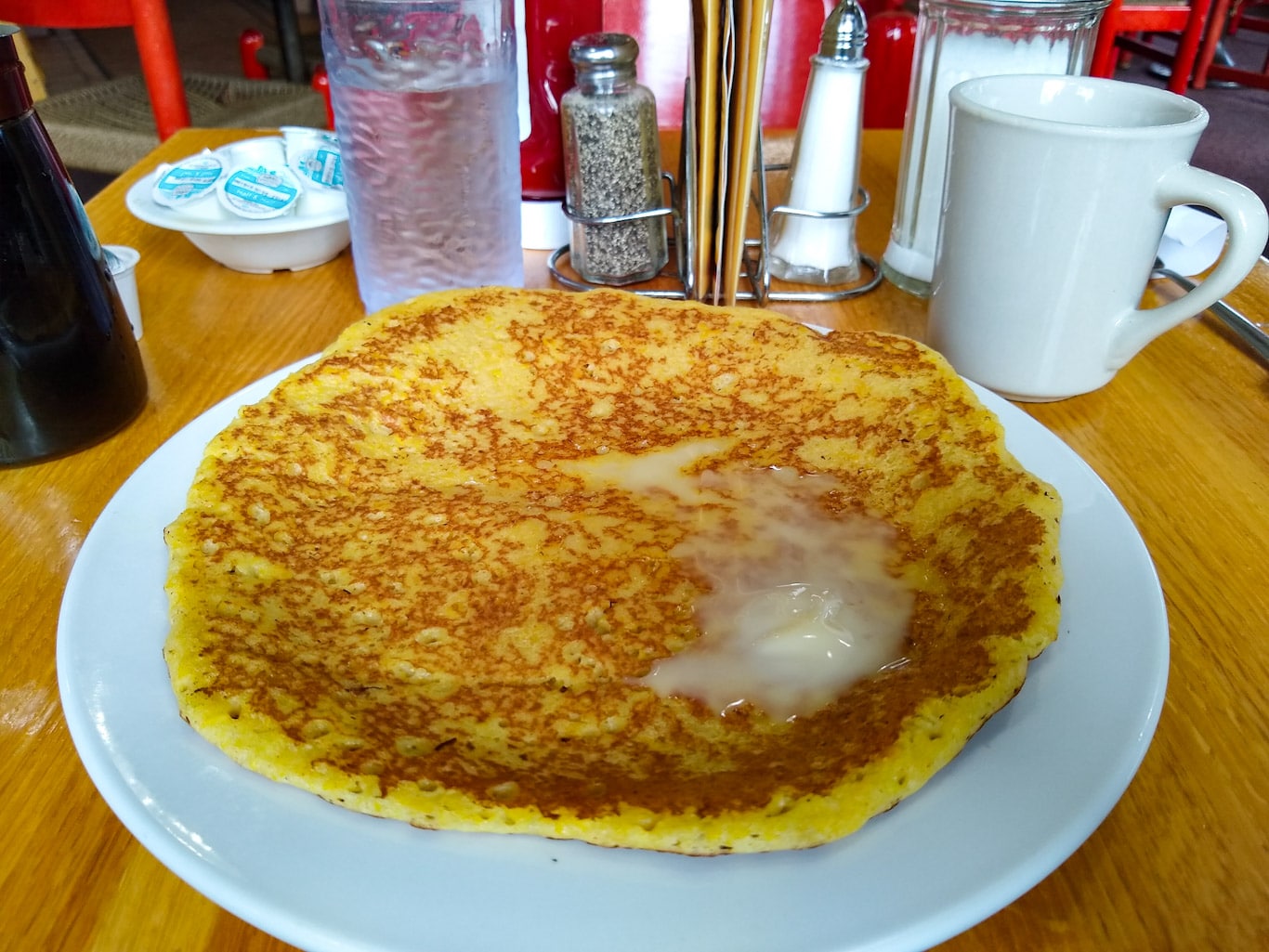 Corn pancakes at Maria’s Cafe was recommended to me by a friend, but stumbling upon Longfellow Community Hops was pure luck. I flew into Minneapolis early that morning – hungry for breakfast, thirsty for coffee, and excited for everything my Midwest vacation was going to throw at me. Forgetting my phone charger might have been an unfortunate twist, but it’s nothing the Dollar General couldn’t handle. Post-breakfast landed me with a full belly around 10:30AM.

I was, for no good reason, pushing off my first beer of the day as long as I could. (Which lasted only another hour and a half before I found myself at Republic, where my post “A Brewery Here, A Beer Bar There – Midwest Edition Part 1” begins.) As I shoveled two breakfasts worth of grub into my mouth, I scoured google maps for something that didn’t involve what later became 13 hours of alcohol consumption. (Don’t worry, I paid for it dearly.) On the very edge of my phone screen, something popped up called “Community Hops”. I think I glanced past it twice before realizing “hops” was in the name, and the tree symbol indicated it was a sort of garden. I nearly spit coffee all over my eggs. A few more taps of my greasy thumb helped me realize my still valid light rail ticket could get me there and back no problem. It was a done deal. I was off to a beautiful, beautiful place. 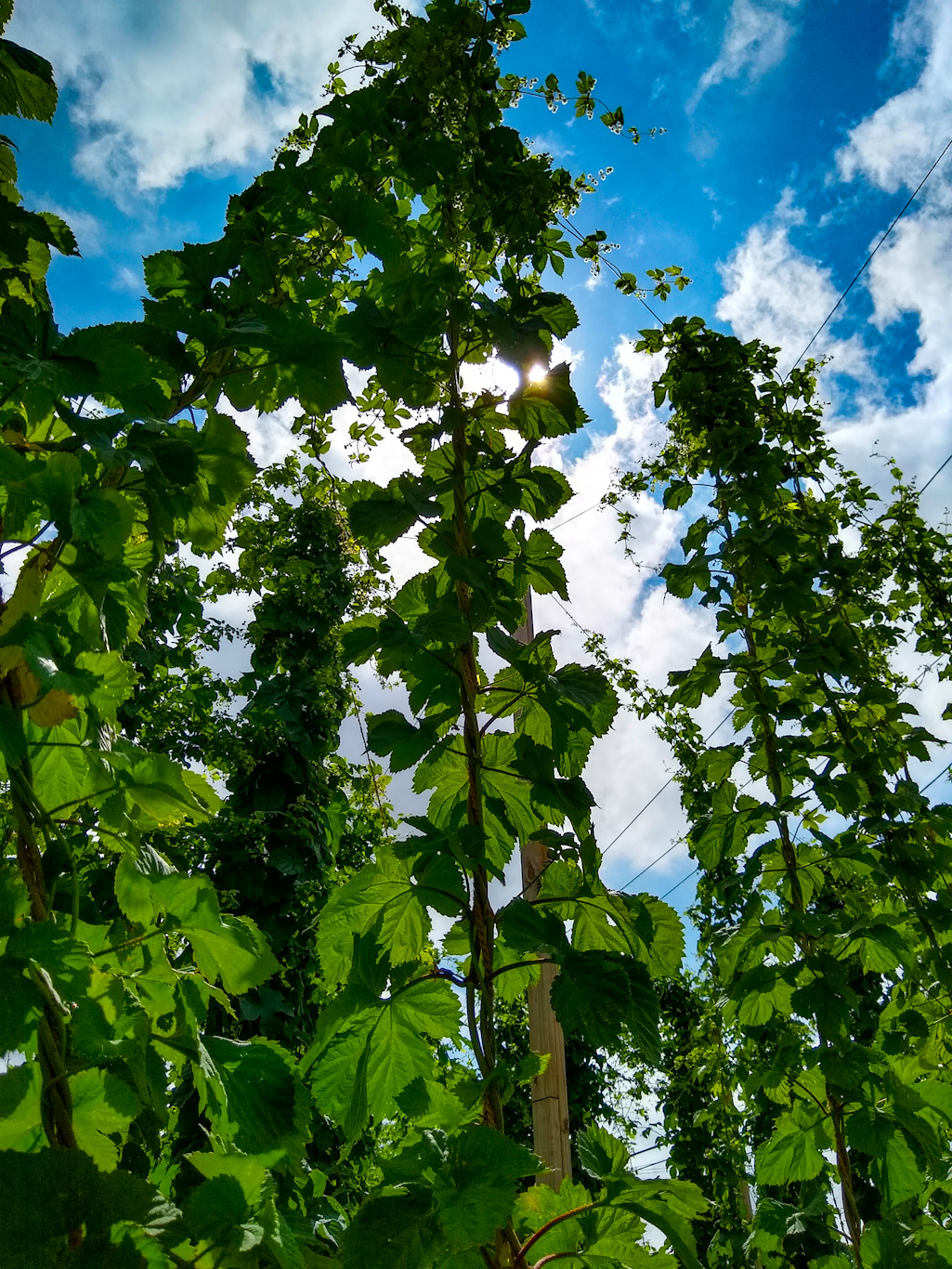 I hopped off the light rail, crossed over a few train tracks, and found myself on a corner lot gaping up at towers of green gold. A mosquito took advantage of my preoccupied state of mind as I fixated on the well manicured garden. Tall wooden poles stood at the end of each row, with a network of sturdy string confidently leading each hop plant upward toward the sun. My eyes climbed each bine, admiring the tiny flowers that would soon develop and eventually end up in someone’s brew kettle. I studied the donation placards, indicating the generosity of different businesses and people. This was not the work of any one person, or even a few people. Longfellow Community Hops was the work of many dedicated individuals – an entire community! 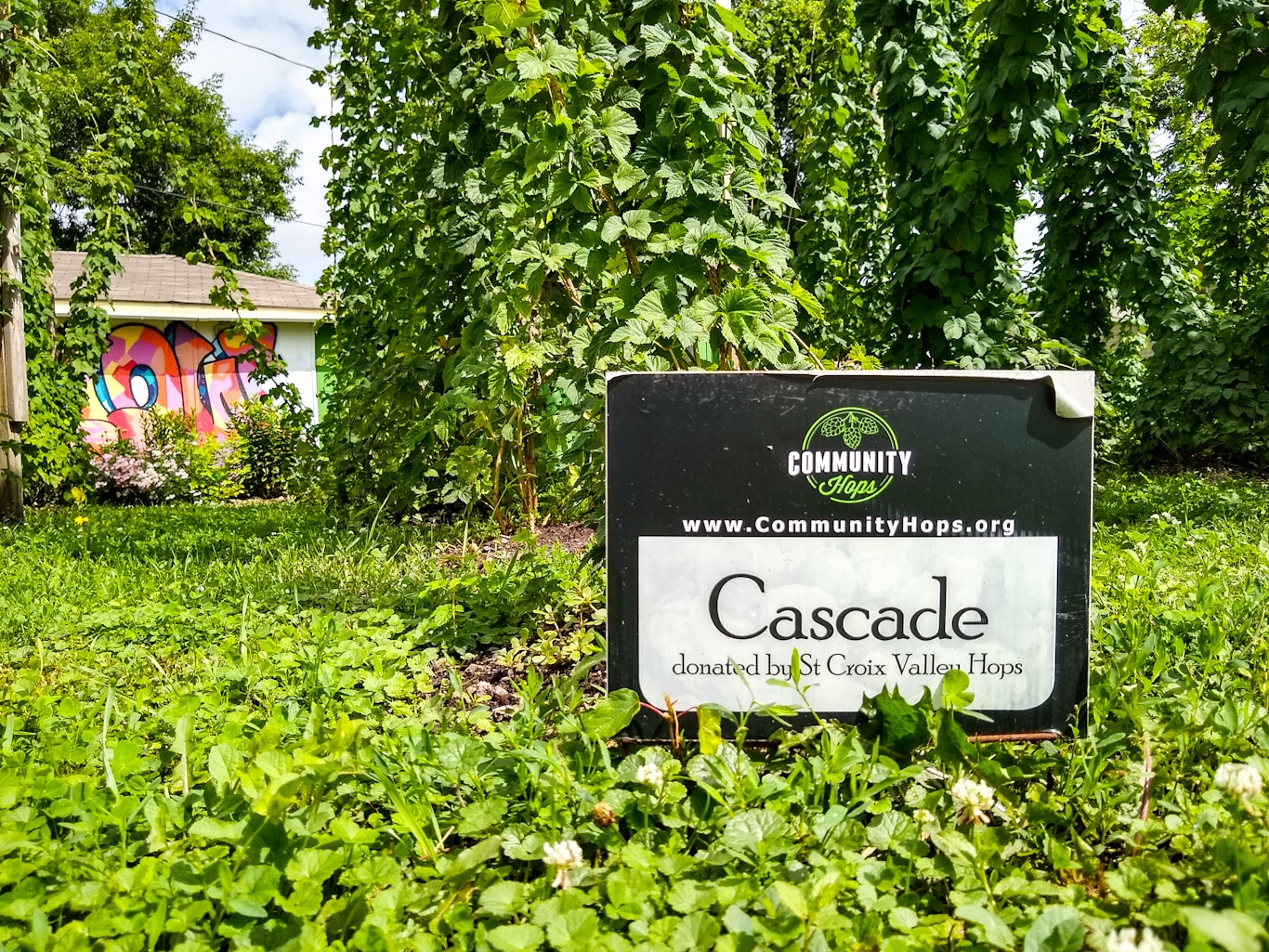 Community Hops started back in 2013, but the vigor it took to commence the project started boiling a few years before. Prohibition-era law in Minnesota stated breweries could not sell beer for consumption on site, as it was an infringement of the three-tier-system of alcohol regulation. It became a shared thought that this Prohibition-era law had no place in the 21st century, and people began to organize for change. A group of homebrewing beer activists made political connections and began to push for brewery tap rooms. On May 24th, 2011, the Surly Bill (yes, that Surly) was passed, allowing breweries producing less than 250,000 barrels per year to apply for a license to sell beer on premise, in a taproom. Soon thereafter, Surly’s destination brewery broke ground in the Prospect Park neighborhood of Minneapolis, and the beer community that conquered Prohibition-era law began looking for new projects.

In 2013, homebrewing activists were trying to organize a hop growers alliance (now the Minnesota Hop Growers Association) as another step in revitalizing the local beer and agriculture industries. At the same time, the unified activists and politicians began working toward what possibly became the world’s first community garden dedicated to beer. The city council and commissioner found a vacant lot on the corner of E 38th Street and Dight Ave in the Longfellow neighborhood, and the homebrewers got to work building a hops garden and a new beer community.

Enter Longfellow Community Hops. With an empty plot of land and a heart full of passion, the garden began to take shape. Donations of plants, poles, and lines were made by local businesses and people, including a large shed donated by The Nomad (now called Part Wolf). The mural on the side of the lot was painted by over 200 bicyclist during a 24 hour bike ride. As the garden began to grow, so did the interest of locals and passersby. People wishing to get involved have the option of membership, which is $25 per year. Members are asked to work the garden at least four times during each yearly membership period. They recently signed up their 89th member! 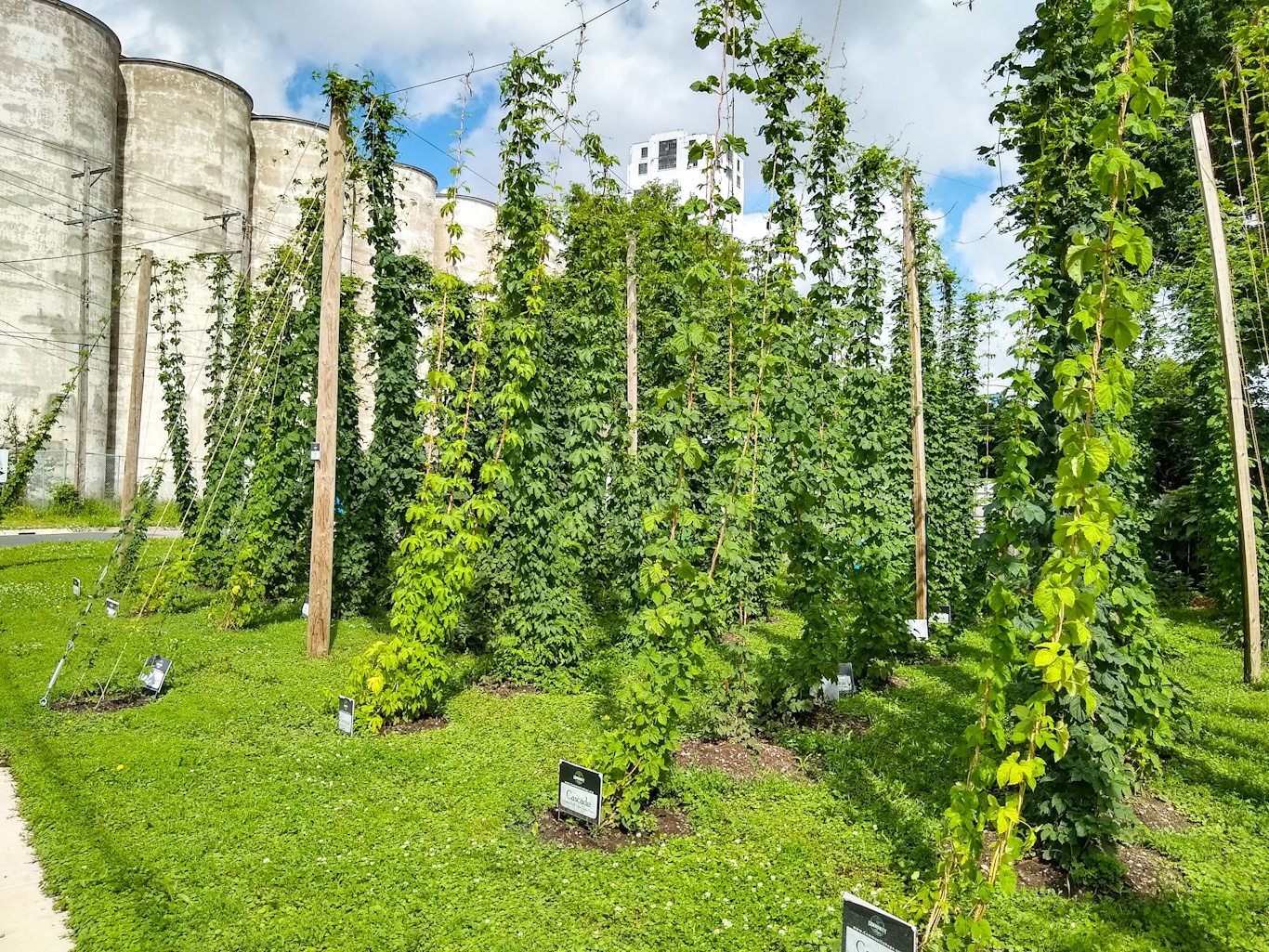 Membership isn’t all pulling weeds and watering plants. During the harvest season in September (right now!), members are encouraged to take some of the hops bounty home to brew with! About 110 lbs of hops were harvested last year, and they are expecting to harvest a whopping 240 lbs this year. None of the hops are sold. All are given away to the community! This practice was in direct conflict with the Longfellow Community Hops original designation as a non-profit (which states they cannot give anything away), so the community garden became a for profit run as a non-profit. Everything goes back to the community. 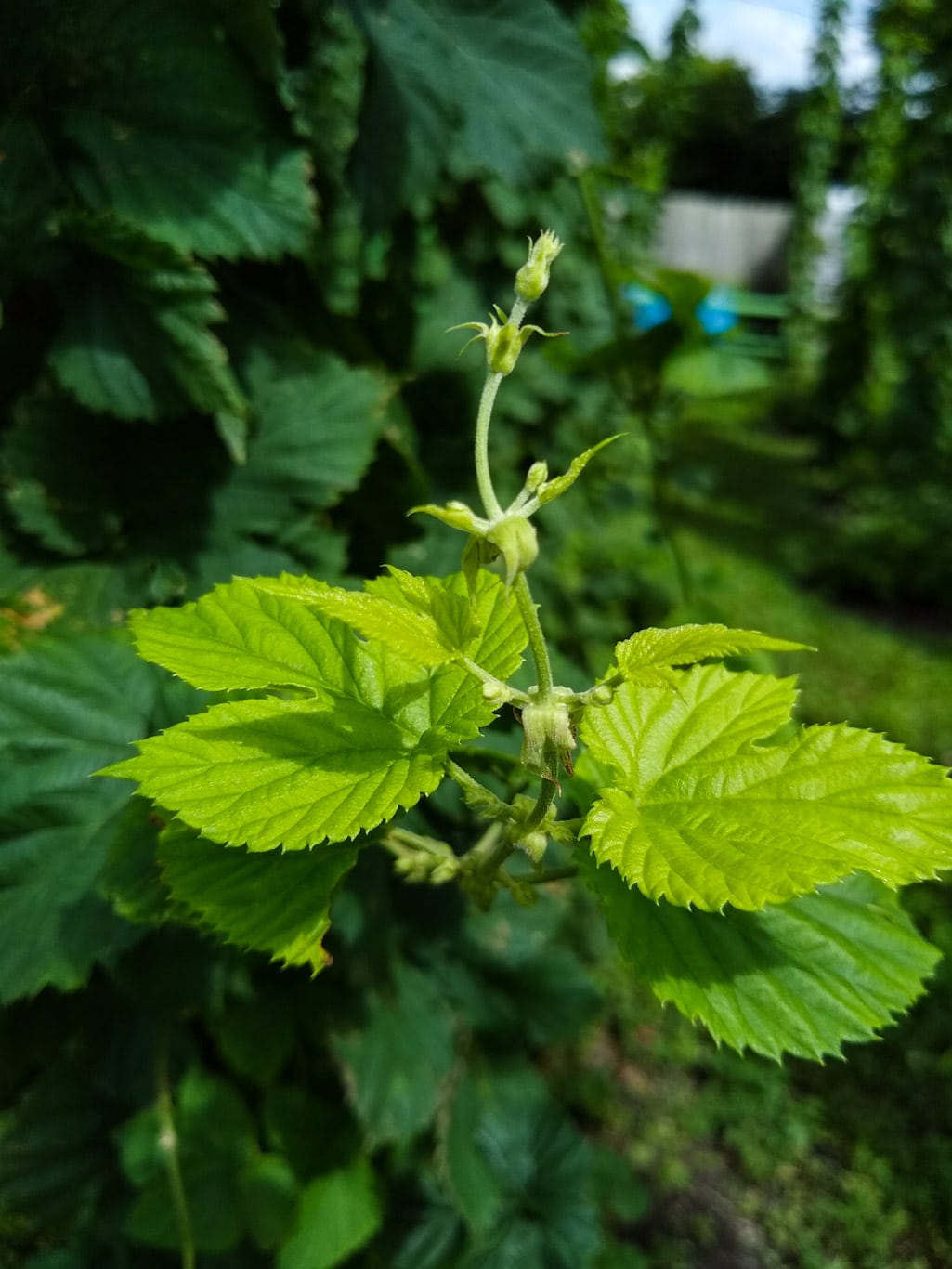 After the harvest season each year, homebrewers who took home some hops are invited to return to the Longfellow Community Hops to compete in a fresh hop beer competition. The local community is invited to come and enjoy free beer, as well as decide which fresh hop beer is the best. There were 15 entries last year, and more are expected to enter this year. How cool!

It’s no surprise to learn Community Hops has a second hop garden behind Fair State Brewing Cooperative, which is also in Minneapolis. People from the states of Colorado and Louisiana have contacted Community Hops for advice on how to start their own community hop gardens. The people behind Community Hops are generous with what they’ve learned. They’re willing to help others create gardens like Longfellow Community Hops, and have shared their knowledge of hops with educational organizations including the Pink Boots Society, Better Beer Society, Barley’s Angels, and Urban Forest Foragers.

Thank you, members and organizers of Longfellow Community Hops! You are a shining example of exactly what a beer community should be. 🙂 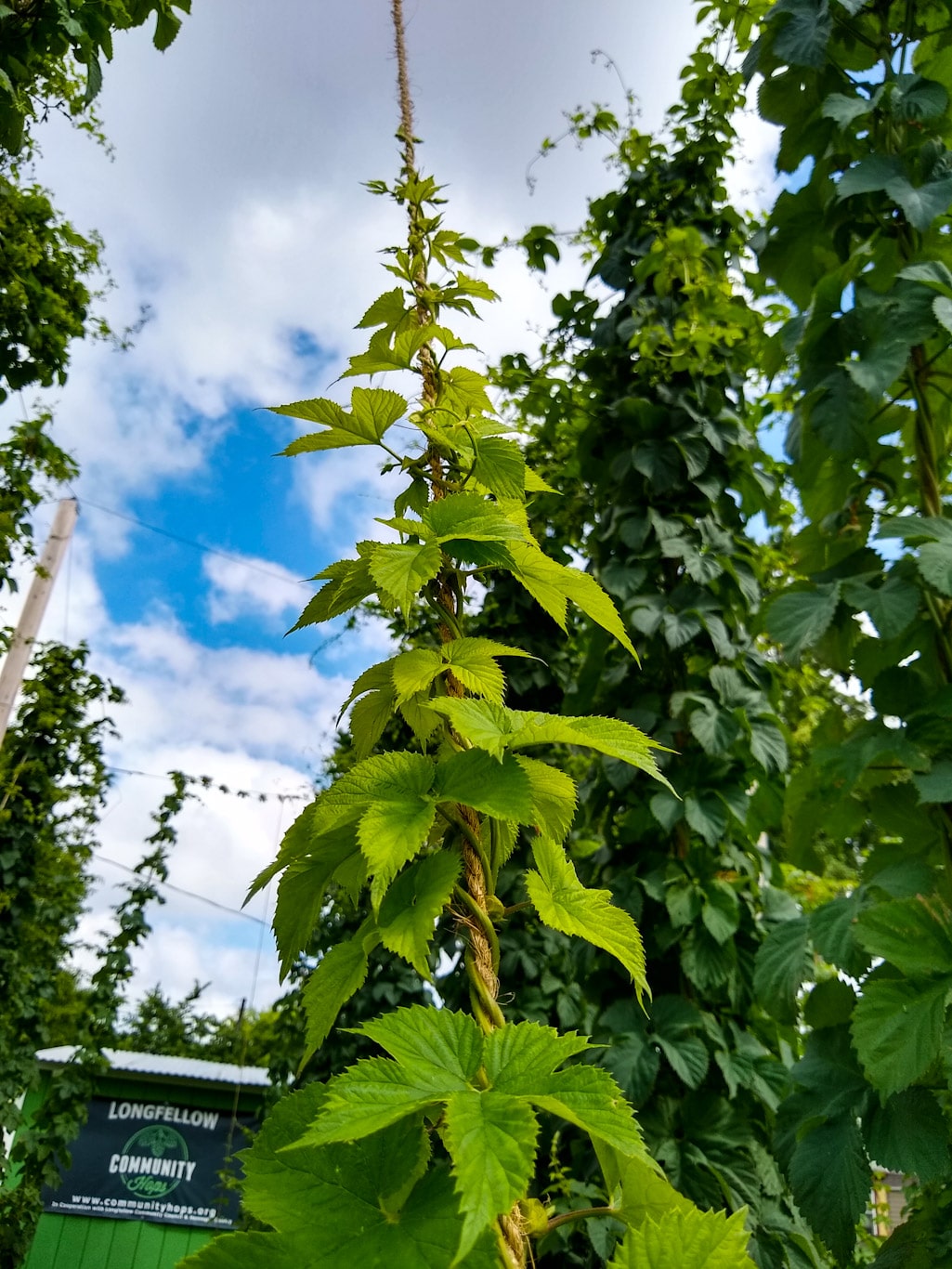 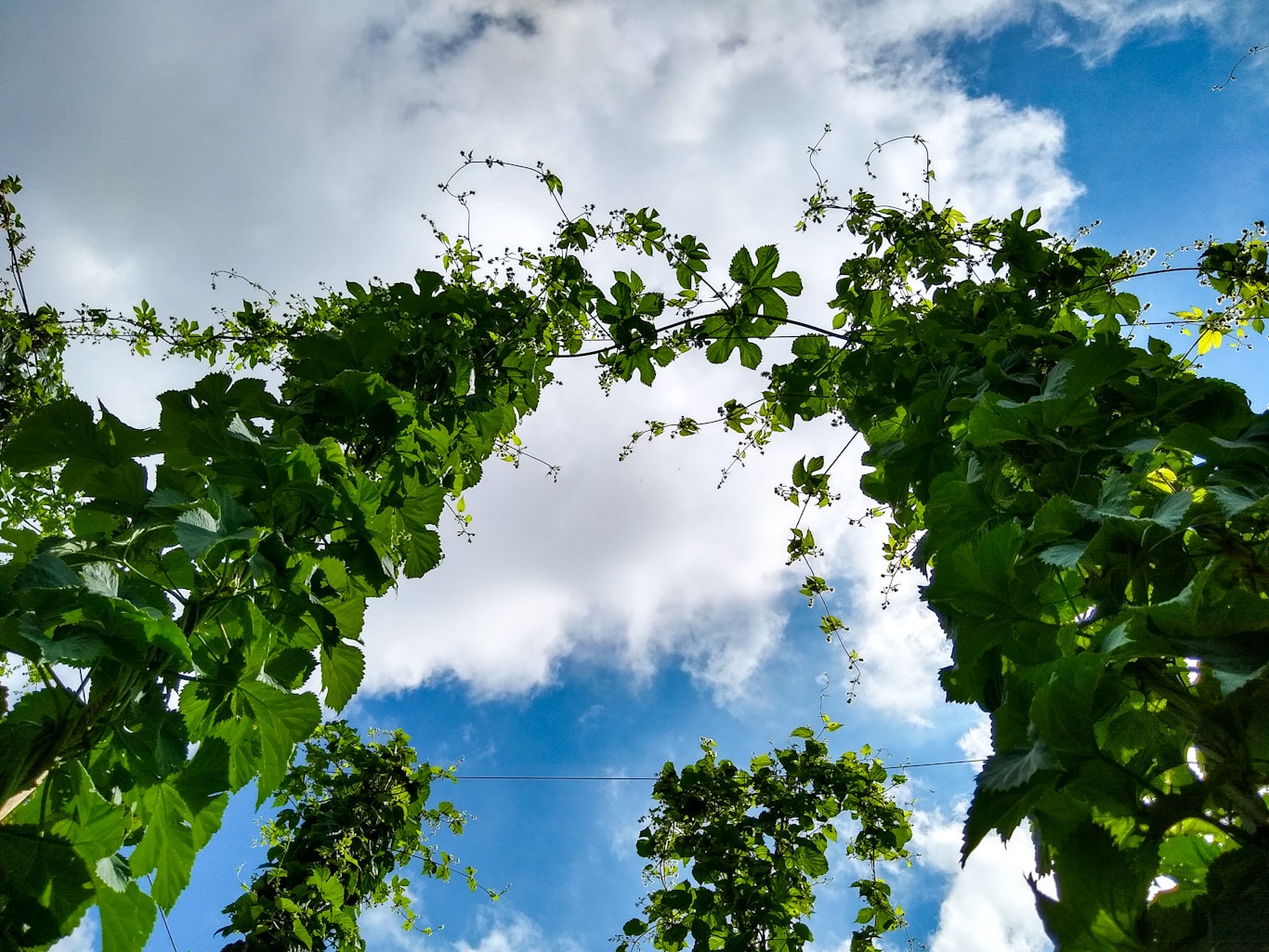