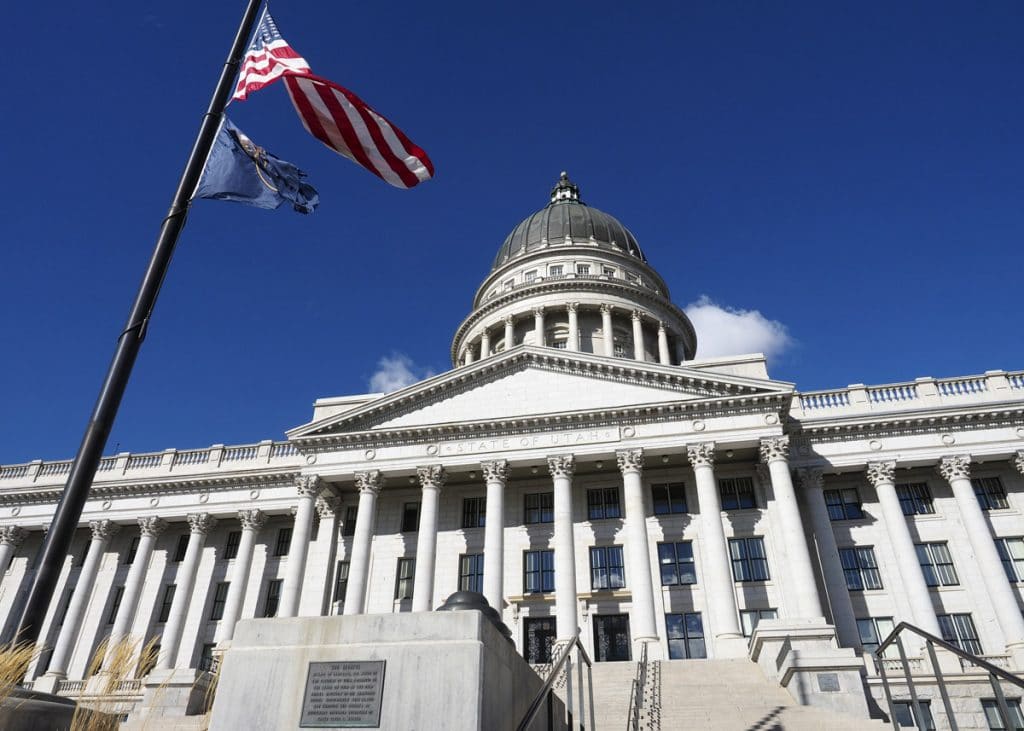 Utah is known for having some pretty bizarre liquor laws. The state’s prominent religion, The Church of Jesus Christ of Latter Day Saints, believes in abstaining from alcohol consumption. It may be legal to do so, but the state tightly controls the sale and service of alcoholic beverages in a way, they believe, that promotes moderation. However, the lawmakers who come up with the rules are generally non-drinkers who don’t understand that culture. This can be a source of frustration for alcohol-related businesses and consumers alike. I sat down with liquor lawyer, Tanner Lenart, to discuss the politics of Utah’s alcohol laws. 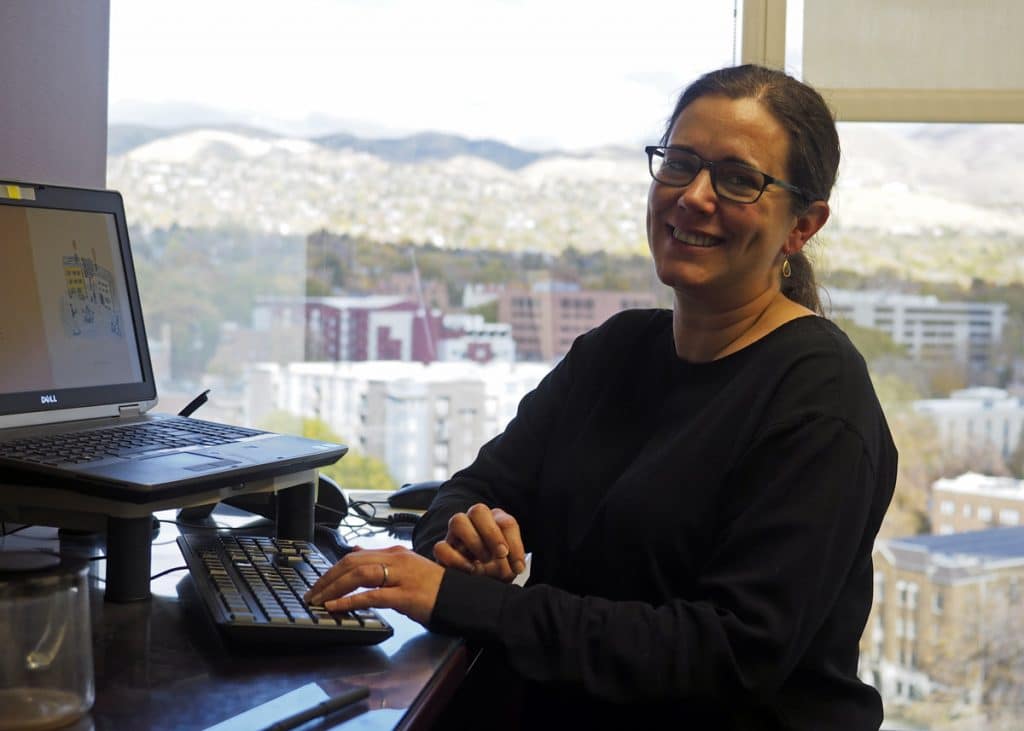 Tanner Lenart is a Salt Lake City based attorney with Christensen & Jensen who specializes in helping restaurants, bars, and other businesses obtain licenses and deal with compliance issues. She also spends a fair amount of time at the state capitol, attending meetings and keeping abreast of the current laws. When I asked her how bad the laws here in Utah are, she responded, “Not as bad as you might think.” Some states, like Maryland, have dry counties. There could be a street where a bar is allowed on one side, but not the other. In parts of California, a limited number of liquor licenses are bought and sold in a way that makes them difficult to acquire. In Utah, licenses are issued by population so there are always new ones becoming available. Lenart explains Utah’s bad reputation. “While there are other controlled states, most of those states just control liquor. Some control liquor and wine. We are the only state that controls liquor and wine, and beer, and low-point beer.”

As with any new laws, alcohol legislation can originate from industry pressure and lobbyists. Organizations like the US Bartenders Guild, Utah Brewers Guild, Salt Lake Area Restaurant Association, and Utah Hospitality Association can affect change through their influence, especially if they band together. The media also plays a roll. Kathy Stephenson of the Salt Lake Tribune and Ben Winslow of Fox 13 News are two local reporters working to shed light on alcohol-related issues. The recent law requiring bars and restaurants to display signs labeling themselves a “bar” or a “restaurant” was changed very quickly in large part due to the scrutiny and ridicule it received from the public. 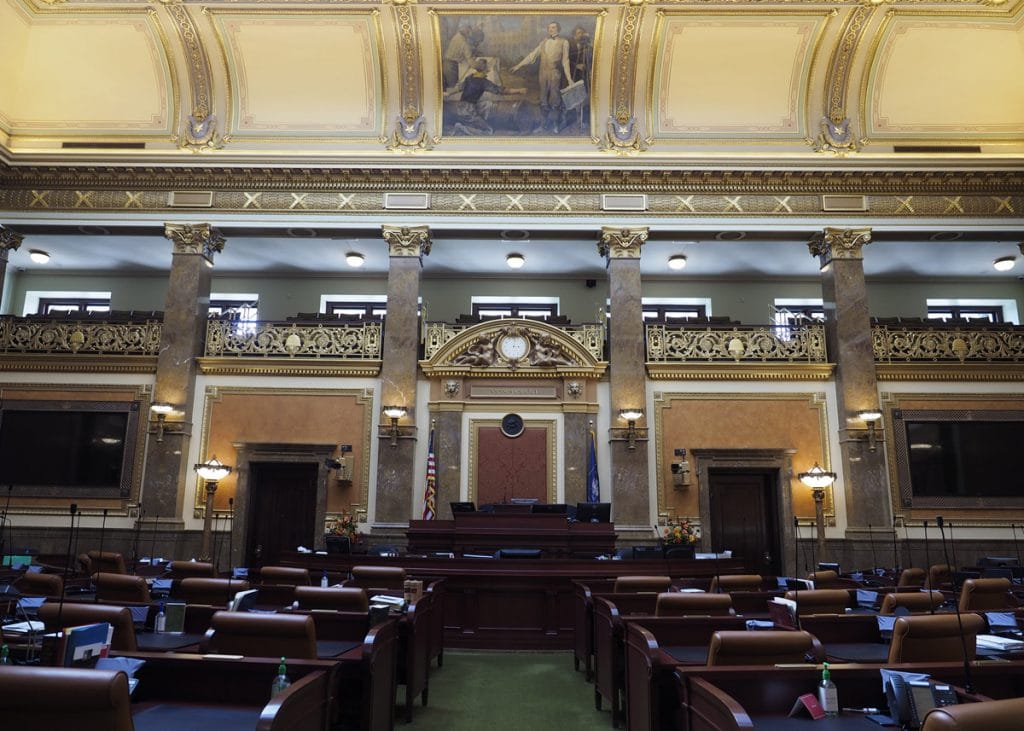 But, there is one doorway through which all alcohol legislation in Utah must pass. “From my experience, there are only ever two people whose alcohol bills ever get into play. One [member] from the senate, and one from the house,” says Lenart. Of course, anyone can draft a bill, but only one with support from the majority of the legislators – and the LDS Church – has any chance of passing. Currently, the two men presiding over Utah’s liquor issues are Senator Jerry Stevenson and Representative Tim Hawkes. “I’ve never seen anything get the votes to get out of committee unless it [comes from] one of those two.” 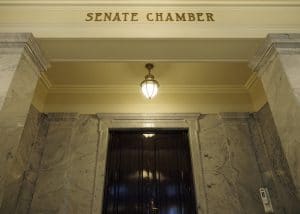 The next legislative session is coming up in January – February of 2019. In light of recent big changes to Utah’s alcohol laws, Lenart doesn’t expect to see anything new beyond cleaning up some of the ramifications of the previous changes. “It’s not that the industry doesn’t want it; it’s very much that the legislator doesn’t have the stomach for it right now. Also they like [to] wait and see.” This doesn’t bode well for those concerned about potential issues with the supply of 3.2% ABW beer. Unless retailers can demonstrate a significant impact on their businesses, nothing will likely be done. If the current ballot initiative on medical marijuana does well, we could see more ballot initiatives in the future, including one that would privatize the industry. This would be an uphill battle, but could potentially initiate sweeping changes to our laws. The greatest potential is in manufacturing (brewers, distillers, cider/wine making). “It’s the biggest growth that I’m seeing in the industry right now. People are really figuring out how business friendly Utah is,” Lenart tells me. “If that keeps on its trajectory, the legislature may start taking an interest in it.”

So, what if you and I want to do something about all of this? We can sit by and hope for change to eventually come, or we can be a little more proactive about things. Unfortunately, ideas that may seem like common sense to most of us can sound extreme to lawmakers. Changes are likely to be incremental and laden with compromise. But, we can agitate for those changes to happen. We are not powerless. 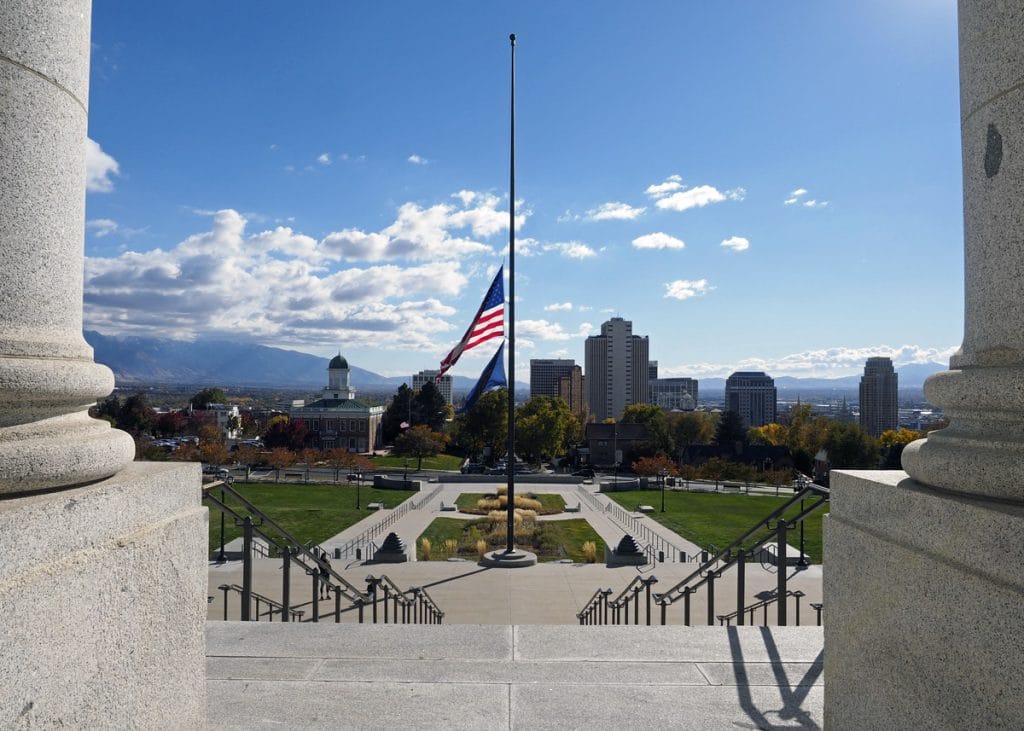 Despite the exasperation many of us feel about our local liquor laws, there is reason to be optimistic. We’re seeing tremendous growth in the industry with new breweries, distilleries, and cideries popping up. They’re winning awards and bringing national attention to Utah. Lenart explains, “Industry is one of the biggest game players. As the industry brings in more dollars and is more of a player, and [if] we start working together more, then things are only going to get better.” As the money flows in and our state becomes more of a destination, the politics of Utah’s alcohol laws will slowly change. In other words, drink more beer!

There’s another way to reflect on the silliness that is Utah’s strange landscape of liquor laws. Visit an art installation that features all of those signs bars and restaurants were able to take down when the law was wisely modified. Tanner Lenart partnered with local artist, Adam Bateman, to collect the discarded signs and create a visual piece that speaks to the local culture. See it November 16th-30th at Nox Contemporary, 440 S. 400 W. Suite H.