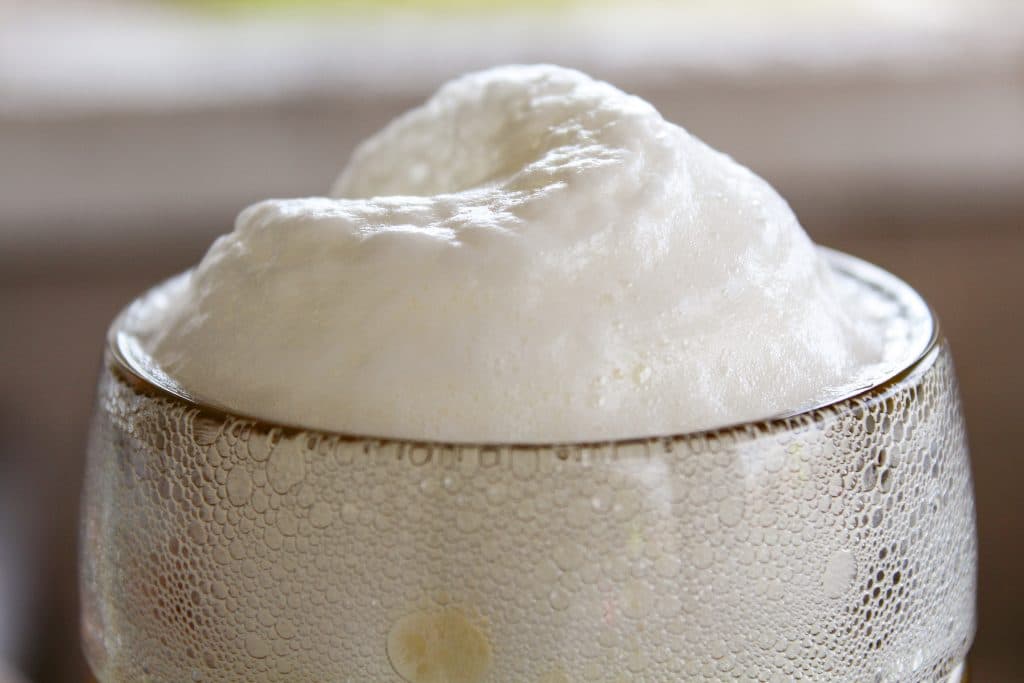 Do not underestimate the importance of beer’s natural hat. A healthy cap of foam is what separates beer from other carbonated beverages, in that it exists for function and fashion. Both visually attractive and operational as an aroma delivery mechanism, The Foam Factor is a unique and enticing aspect of our favorite malt potation.

The foam on your brew is a beautiful mess of proteins and other compounds tied together in a net-like manor called a colloid. This is the same type of structure that gives Jell-O its gelatinous jiggle-wiggle-ness, only on a much looser scale. Foam is formed when CO2 is forced out of suspension in the beer via aggressive pouring or nucleation sites, causing the bubbles to rise to the surface. Hydrophobic polypeptides (water-fearing proteins from malt) and isomerized alpha acids (bitter hop compounds) hitch a ride with these CO2 bubbles on the way up, forming the fairly stable bubbles that compose foam. If you’ve ever tasted foam in comparison to the beer it rests on, you might notice it’s more bitter than the beer. The friendship between polypeptides and iso-ɑ acids as they piggyback CO2 up into foamland is why.

Why is foam important? 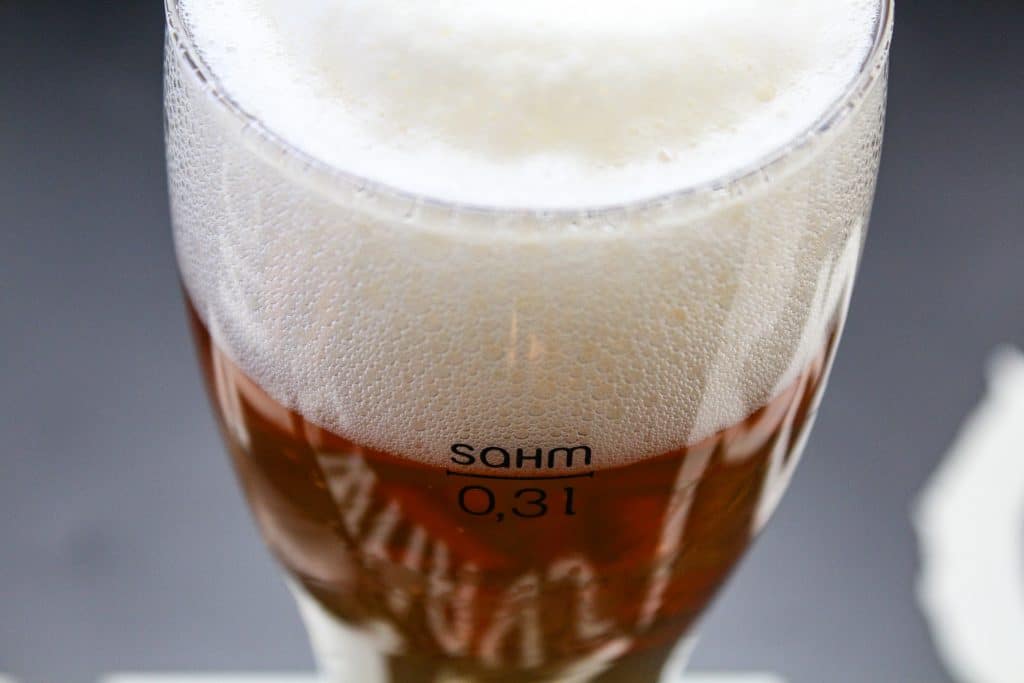 Depending on the geographic region and era, foam can be considered a positive or negative part of beer. When you order a pint of beer, you would expect to receive 16 ounces, right? The shaker pint, which has been the most common beer vessel in America since beer regained popularity after the Prohibition, holds exactly 16 ounces of liquid if poured to the rim. This leaves little to no room for foam, causing consumers to favor a glass full of liquid beer sans foam, lest they feel cheated out of a full pint. Without making this post about shaker pint shaming (really though, they should all die), it should be noted the shaker pint was made to create cocktails, not hold beer. Glasses actually created to hold your sudsy malt water often have a line that indicates where the liquid beer should be poured to, and the volume of said liquid. The most important facet of these glasses is that they leave room for the foam to be displayed and enjoyed as the brewer intended.

Beyond aesthetics, foam on your beer means sufficient carbonation has risen out of the liquid, and you won’t feel as bloated after drinking it. Consider the mouthfeel of drinking beer from a bottle vs. beer from a glass. Beer from a bottle is highly carbonated, and with no pitstop in a glass, all of that carbonation makes its way down into your belly. Allowing the beer to kick off some of that CO2 before meeting your lips is a far more comfortable way to spend the evening.

How can I pour a beer with good foam?

Do not listen to your pint glass drinking forefathers. Forego the shaker pint in favor of a glass that is not only large enough to hold the volume of beer you’re trying to pour, but also the foam it’s bound to froth up. When you have an ideal glass in hand, pour hard until you’ve got a glass almost overflowing with more foam than beer. Let the foam nearly settle, then pour again. Keep this pattern up until the majority of the glass is filled with liquid beer, and the remainder is sporting a dense, sexy cap of foam. Patience is key!

Respect The Foam Factor, and you will be handsomely rewarded with a beer worth your time. 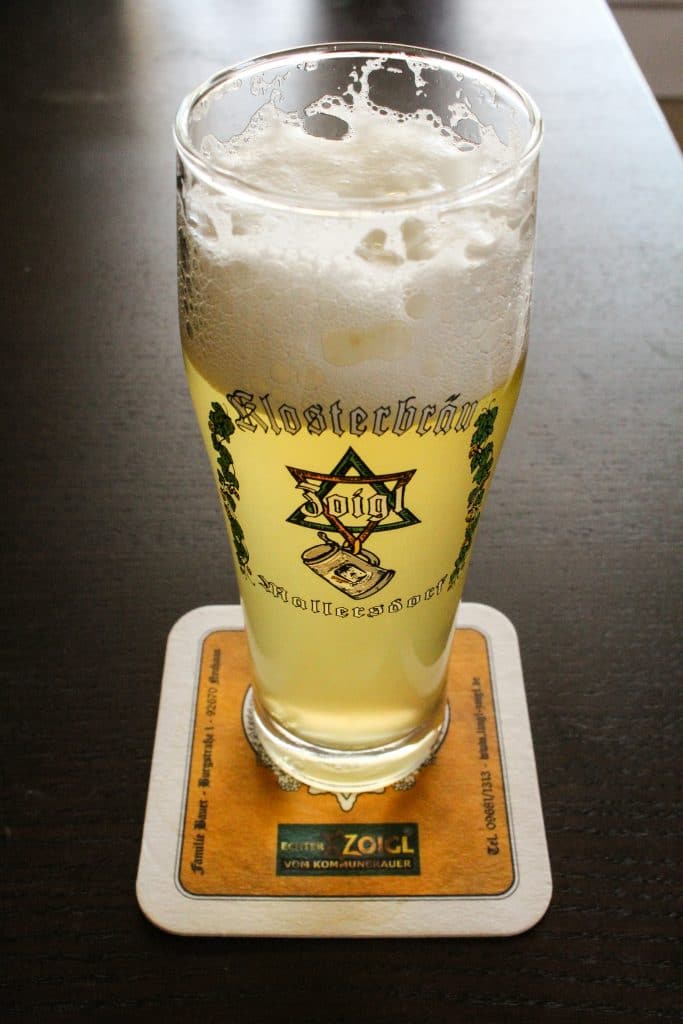 For more on foam, check out the following resources: