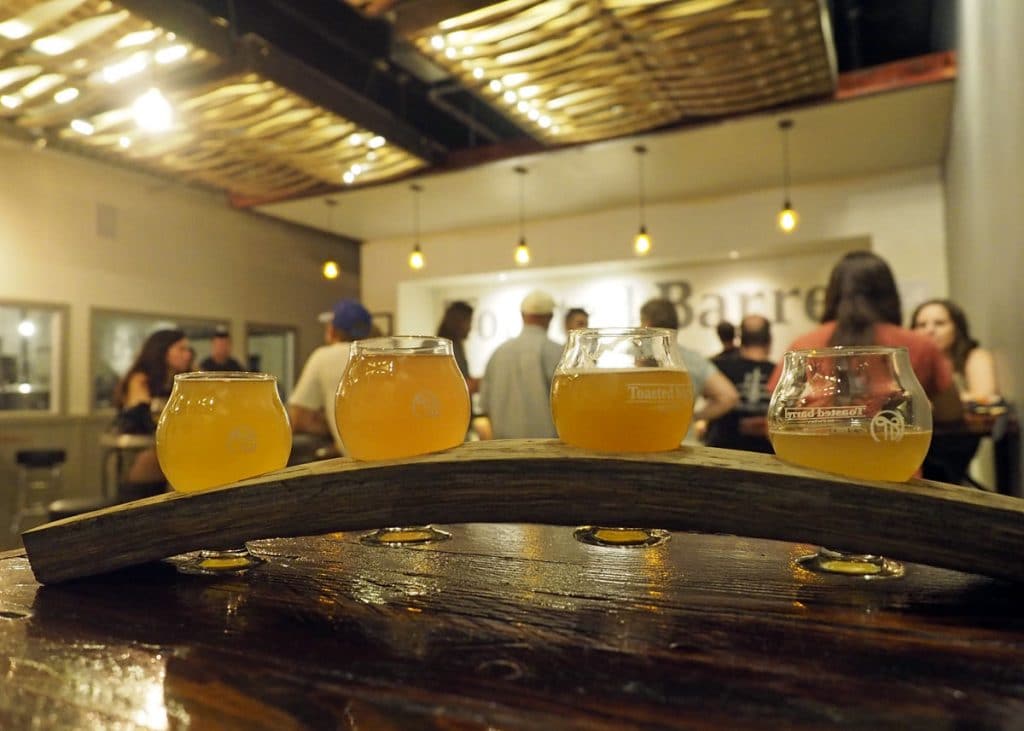 Like the aged beers they hope to make, Toasted Barrel Brewery has taken some time to emerge from the dark corners of Utah’s yet-to-be-realized brewing potential. After more than a year of hard work obtaining permits and getting the brewery up and running, business partners Sage Dawson and Lynn Litchfield finally opened the doors to their Salt Lake City tasting room and bottle shop in June of 2018. The toiling continues as they balance daily operations with their ongoing endeavor to make Toasted Barrel a fully matured wild, sour and barrel-aged beer mecca for Utah.

Much of what Toasted Barrel hopes to become is still in its infancy. But, there is already a lot to love about the charming tasting room and photogenic flights of Belgian-style and sour beers. I was introduced to the grisette, as you may have read in my last blog post, and found my taste buds dazzled by the raspberry and cantaloupe sours. In the long term, Toasted Barrel is shooting for distinctive beers that will impress beer geeks, but they also aim to be a gateway and source of education into the realm of wild and sour ales. Litchfield describes their mild, lemonade-like Berliner Weisse, “We joke around about it being our sour beer on training wheels.” He hopes it will open the door for people to experience other things. Dawson affirms the beer’s powers of persuasion. “My favorite customer is the person who comes in and says ‘I don’t like beer, I drink wine. I’m just here with my significant other.’ Then I give them something totally different and they’re converted.”

Their passion for what they’re doing at Toasted Barrel is striking. Both Litchfield and Dawson come from a homebrewing background with no experience in professional production, something Dawson considers an advantage. “[Our beer] is more [like] abstract art than just printing something over and over again. We’re a little bit more free to express ourselves.” As homebrewers, they enjoyed doing experiments and pushing the limits of what is possible in brewing. A love for yeast surfaced, leading to a focus in yeast-centric beers. Litchfield lights up with its mention, “Yeast is everything in beer! It drives the fermentation, [the amount of] alcohol, esters, [and] phenols. You can stress the yeast and make it do this; you can overpitch the yeast, and make it do [that].” Through Toasted Barrel, Litchfield and Dawson are free to continue their mad scientist ways and follow their passion for the microbes that live among us and enable the very existence of beer.

Perhaps the most exciting project Toasted Barrel has in its sights is a venture into spontaneous fermentation. About 2 years ago, Dawson left an open container of wort out in his backyard on a cold winter night in hopes that resident microbes would do their job and turn it into beer. The experiment proved successful and has led to plans for beer spontaneously fermented in various outdoor locations in Utah. This winter, Litchfield and Dawson will load fresh brew into a truck and drive to the Uintas, the desert, or even the salt flats and camp overnight with the beer in an open-air coolship to allow wild yeasts from those areas to begin their instinctive fermentation. The process will be difficult and they’re bound to lose a few batches, but Dawson isn’t daunted. “I’m passionate enough just to see what nature can do to our beer.” Litchfield is excited about the local aspect of this project. “It’s going to be an all-Utah beer! We have hops coming in from a lot of my homebrew buddies that are all picking [them] off their bines. We’re going to use Solstice malt exclusively [with the] Utah yeast.” 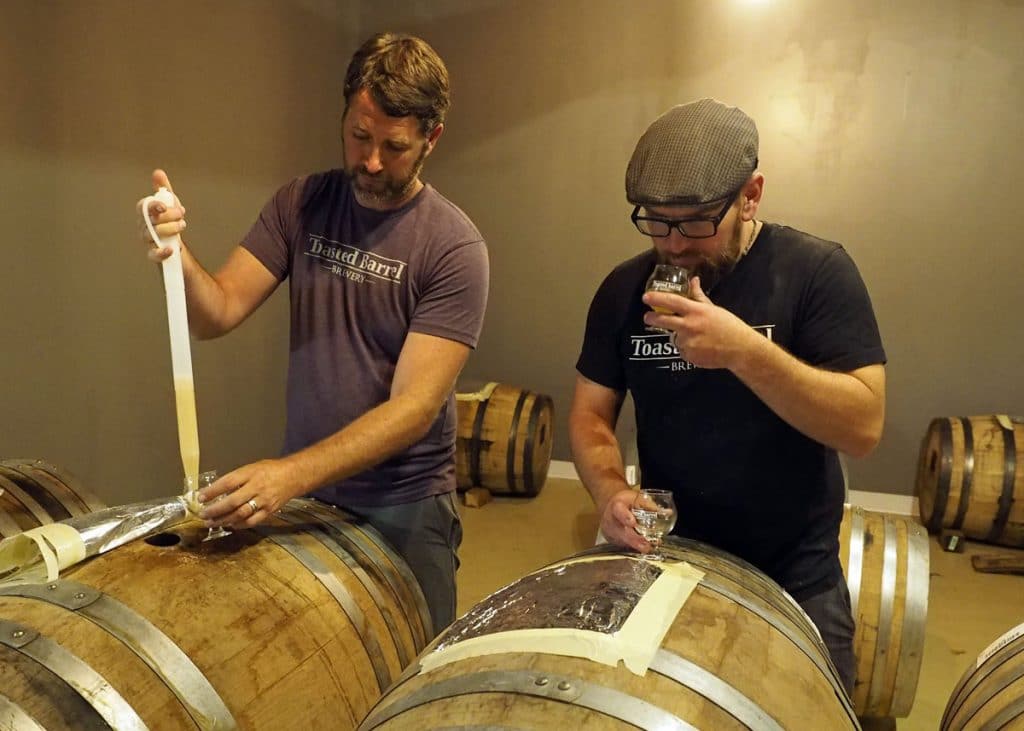 It may take some time, but Toasted Barrel will eventually have some truly unique beer to offer. Dawson plans to contribute the wild yeast from his original spontaneous fermentation experiment for a future offering. “I’m incredibly excited to start showing off these really nuanced complexities with beer!” Litchfield looks forward to providing a drinking experience. “We want to have beer that you can drink and just enjoy, and we also want beer that you want to talk about when you drink [it].” Both are brimming with ideas, and they’re open to using any kind of barrel that may come their way. Right now they have barrel from Waterpocket Distillery that contained the botanical spirit, Oread. The farmhouse ale currently residing in it will be blessed with herbal notes similar to gin. Ultimately, the preference is for wine barrels that will best compliment their sour beers (Flanders red, oud bruin, fruited golden sour). 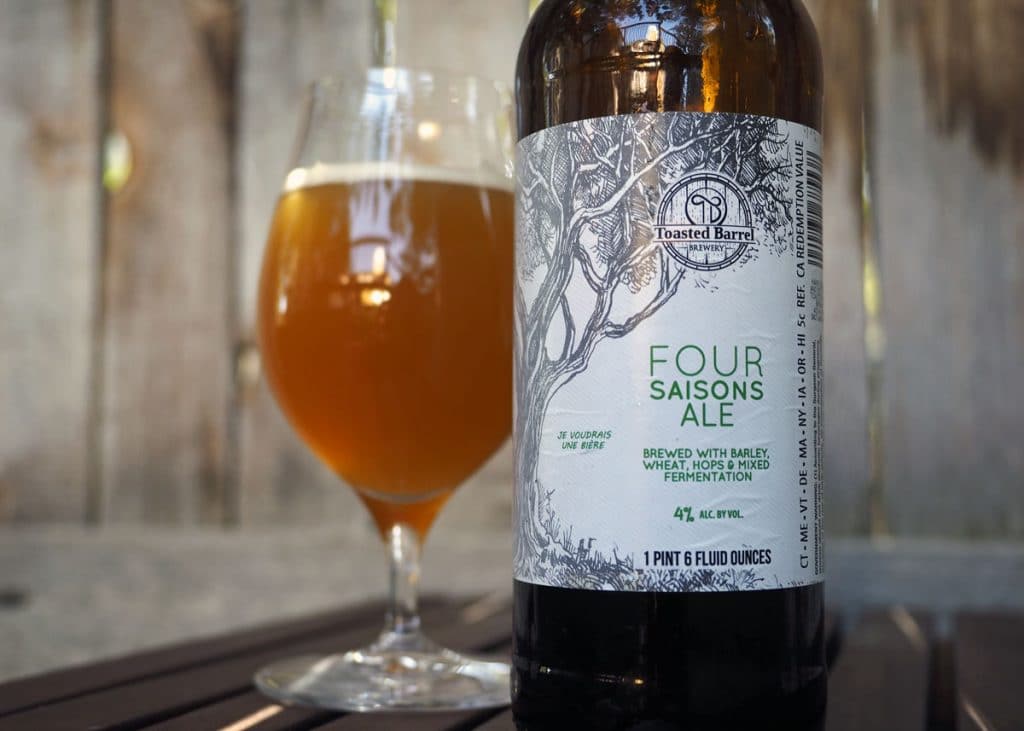 Although Toasted Barrel did released a barrel-aged beer this past week – an unfiltered dubbel aged and fermented for 2 months in a single peach whiskey barrel from Waterpocket – we’re still good 6 months to a year away from the first barrel-aged sours. For now we can enjoy a lineup of Berliners, fruited kettle sours, and Belgian-style beers. A limited edition high-point farmhouse ale with American hops just hit the cold case, and an apricot kettle sour release is imminent. There’s a new version of Four Saisons (4% ABV traditional saison/ table beer) for fall in the works along with a yueng bruin – Litchfield’s kettle-soured take on an oud bruin (sour brown ale). Toasted Barrel is also hard at work perfecting IPAs, though these are not the brewery’s primary focus. One rejected batch of white IPA was sent over to Waterpocket Distillery to be made into beer schnapps. I’m looking forward to trying that!

It’s certainly been a crazy ride for Toasted Barrel and there are sure to be many more bumps and twists in the road as they work toward their eventual goal. But, their passion for beer is infectious and sure to inspire a loyal following willing to go along for the ride on a safari through the wild kingdom of funky, barrel-aged sours. 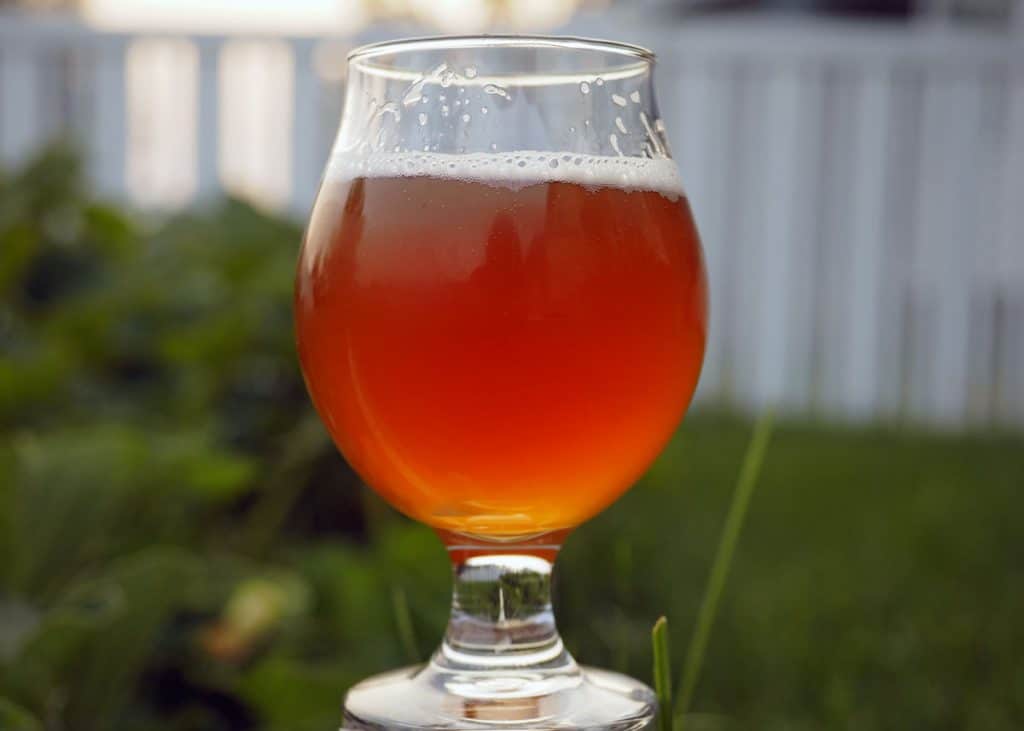