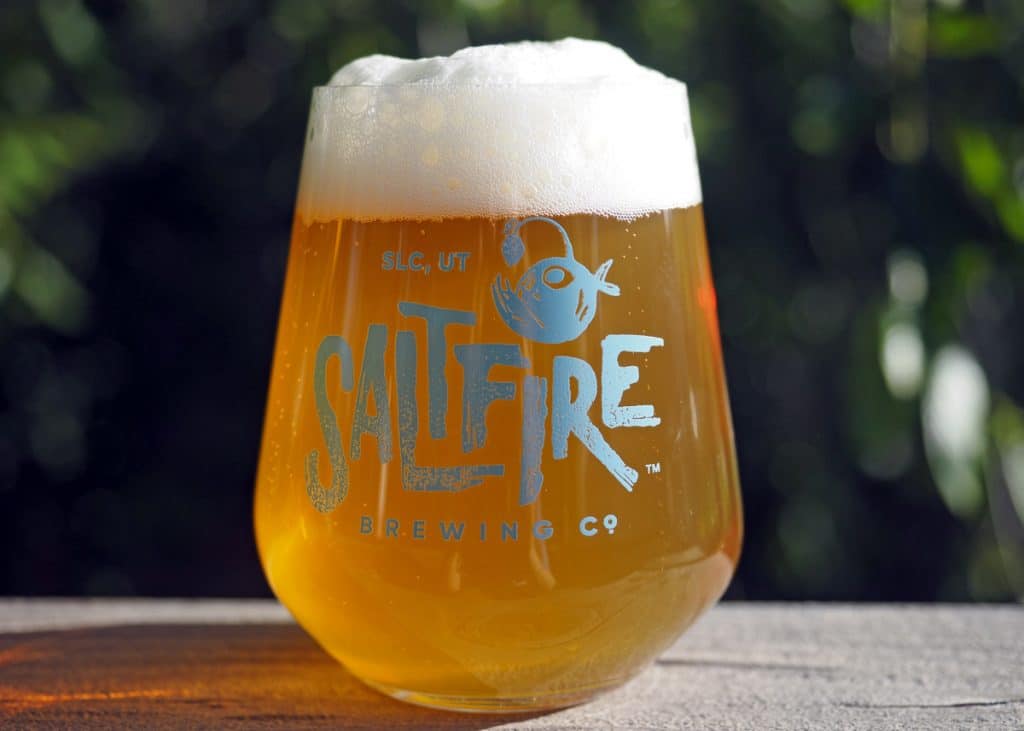 It’s been a long road to opening day, but SaltFire Brewing Co. is now ready to embark on the next phase of their journey. After getting the green light, SaltFire has spent the past month busily brewing beer to fill all of those bottles that now sit ready in the coolers waiting for thirsty customers. Those bottles will make their way out into the local craft beer community starting today (May 19th, 2018)!

SaltFire is the second brewery to open in South Salt Lake near the Central Pointe Trax station, new concert venue, The Commonwealth Room, and the Utah Arts Alliance’s The Art Factory. After changing its liquor laws, the city has paved the way for new breweries, distilleries, and wineries to locate there. With SaltFire and Shades of Pale Brewing already within easy walking distance from each other, and a third brewery coming to town in 2019, South Salt Lake could become the Salt Lake Valley’s newest brewing district.

For now, SaltFire will simply be a bottle shop selling 500 ml bottles of high-point (above 4% ABV) beer to-go. They also have a license for educational tastings which you can sign up for by appointment. Eventually, there will be a taproom and beer available on draft. Owner, Ryan Miller, envisions a neighborhood bar with folks riding their bikes over to hang out. The brewery plans to offer a wide variety of beer with a lineup that will be ever-changing. “We want to stay agile, interesting, [and] fun,” says Miller. Brewer, Patrick Bourque agrees. “We’ll just roll with what we’re feeling, what we think the customer wants, and keep it fresh,” he says. 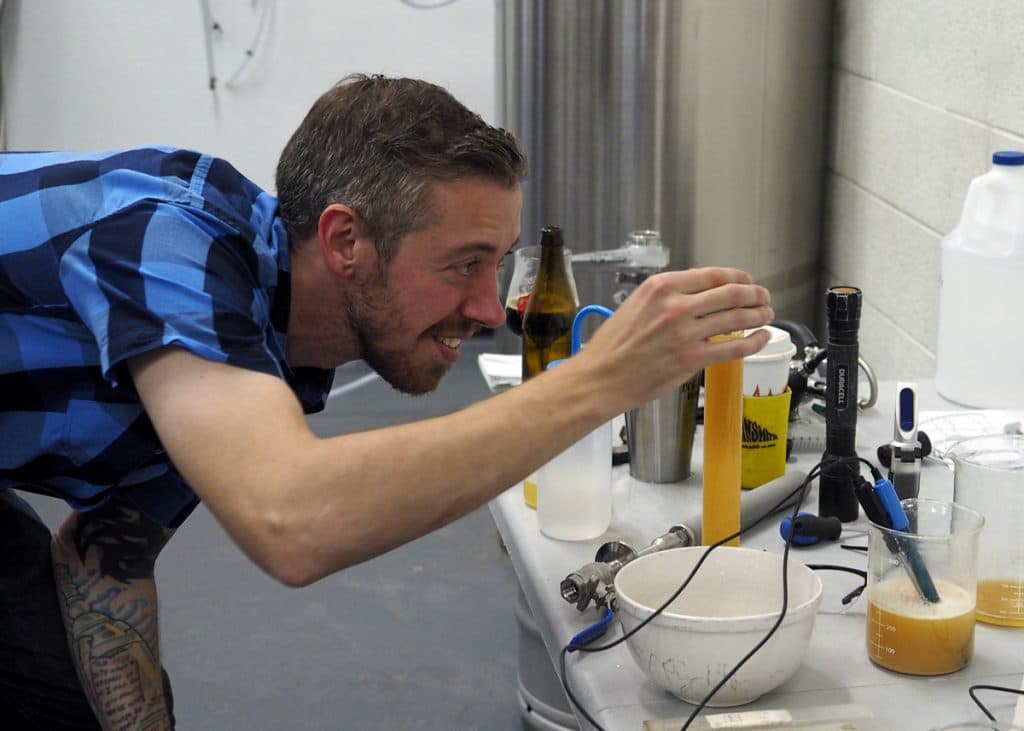 Bourque comes from a production brewery background at Uinta where he learned the importance of monitoring everything from grain to glass. “[It’s] important to start our quality control program from day one,” he tells me. “So, we’re going to have a lab. We’re going to check for contamination, make sure everything is clean, [and] make sure we’re pitching the right amount of yeast cells in every single beer.” Bourque’s commitment to quality is sure to impress the local beer geeks, and SaltFire’s initial offerings are certainly intriguing. 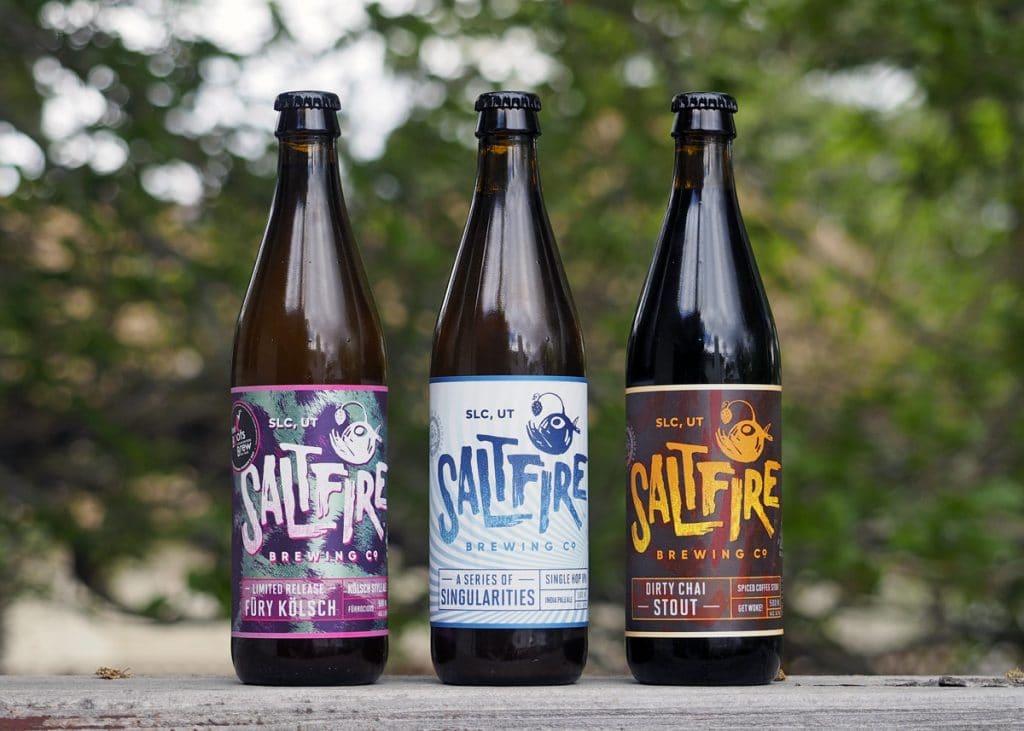 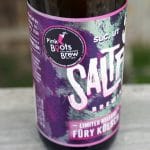 On day one, there will be four beers for sale. The first two single-hop Series of Singularity editions, Idaho 7 and Vic Secret, will be available. Dirty Chai Stout, brewed with Brazilian coffee from Blue Copper, masala chai spices (ginger, black pepper, green cardamom, cinnamon, nutmeg, and clove), and lactose, gives the illusion of drinking a silky smooth chai latte with a shot of espresso. Last, but not least, a collaboration brew with local female homebrew club, Hop Bombshells, will benefit the Pink Boots Society scholarship fund, helping women in the brewing industry. Füry Kölsch is a hop-forward version of the kölsch style brewed with the Pink Boots proprietary blend of hops (Palisade, Simcoe, Mosaic, Citra, and Loral). This beer has a wonderful complex hop character and finishes smooth with very little bitterness.

Coming soon is the double IPA, 12 Monkeys, which should be available in the next week or so. The NZED Pilsner, made with New Zealand hops, has a lemon and lime hop character not typical of the style. This one is just finishing up the final stages of conditioning and will be released in the near future. A third edition of Series of Singularity, Galaxy, is currently still in the fermenter, but will be in your glass before long. 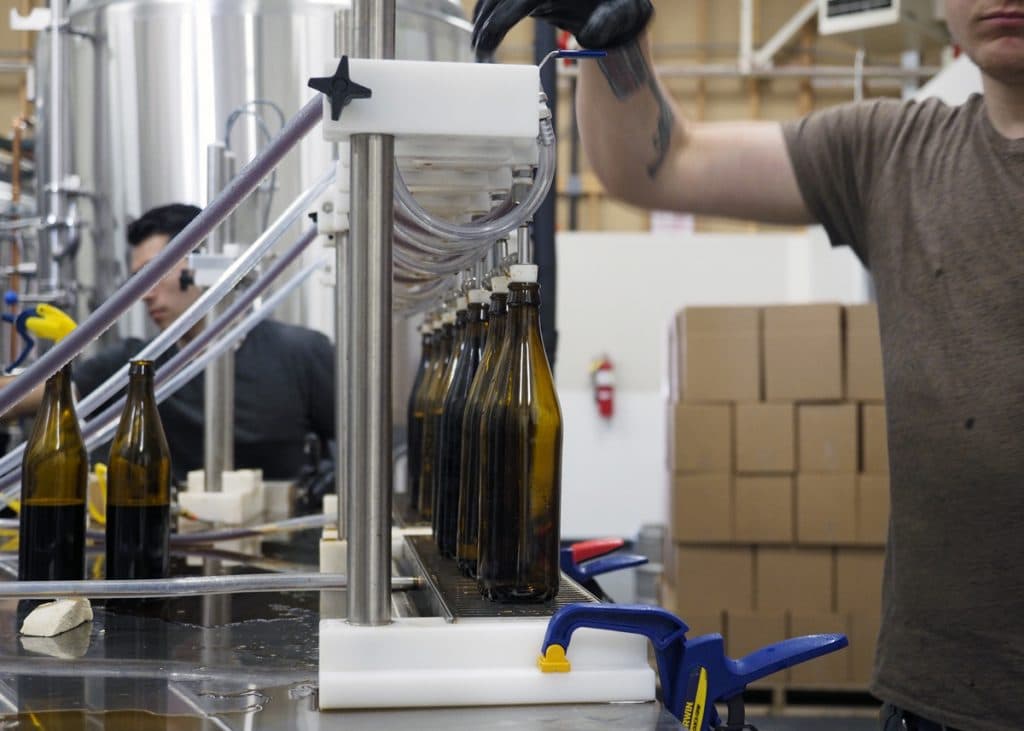 For Miller’s part, he’s happy to see his dream finally coming to fruition. Those days as a software developer have turned into hours spent manning the bottling line he helped create. Besides bottles, SaltFire’s four-head manual bottling line has helped to fill a gap in the market where a fledgling brewery would choose between a $200 bottle filler or an $80,000 one. At a more reasonable $2,000, small breweries around the world have purchased Miller’s design helping to fund his new brewery. “I was tired of working for somebody else’s dream,” he says. A lot of hard work has allowed that dream to take shape over the last couple of years. It took longer than expected, but SaltFire is open for business and poised to be the toast of the town!