I wanted the last beer festival of my 20s to be a good one, and the Big Beers Fest in Breckenridge, CO did not disappoint! My last post, The 2018 Big Beers, Belgians & Barleywines Festival Experience, detailed my foray into the high altitude fest weekend, but this one will dig into the tasty tidbits of knowledge I absorbed from its seminars. This is my Seminar Experience: 2018 Big Beers Festival Edition. 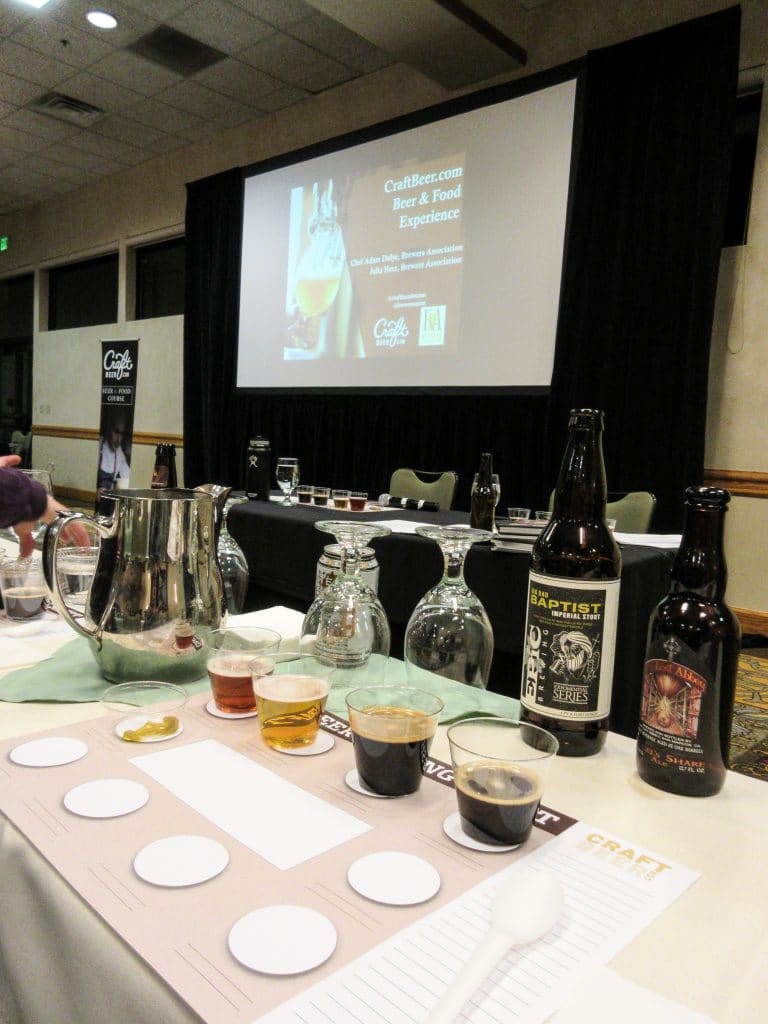 Herz and Dulye teamed up to guide guests through a beer and food pairing journey. Each guest was given four beers and three food items, and were encouraged to explore the possible flavor combinations. The presentation was tight, interactive, and fun! 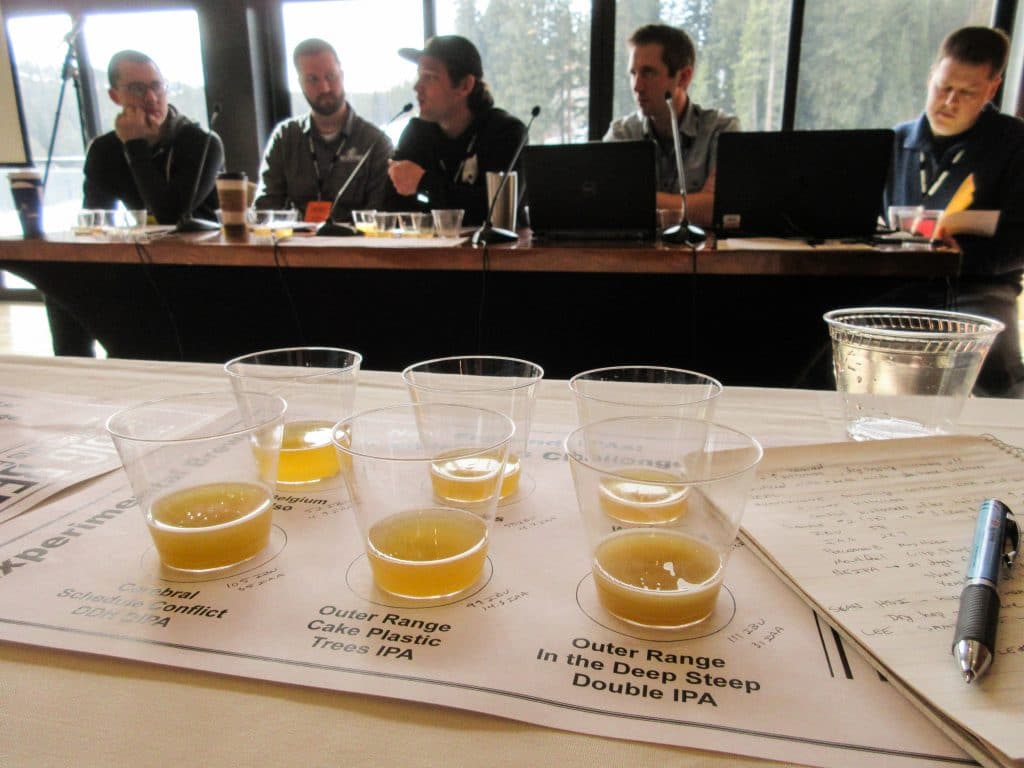 All panelists were extremely knowledgeable and serious about upholding a high standard of brewing and understanding of the behavior of hops in beer. The level of nerdity that sprang from their mouths was a bit much for me to chew, and I’m honestly still processing.

(Here is a similar experiment with similar results that I found useful in trying to understand the nerdy bits.) 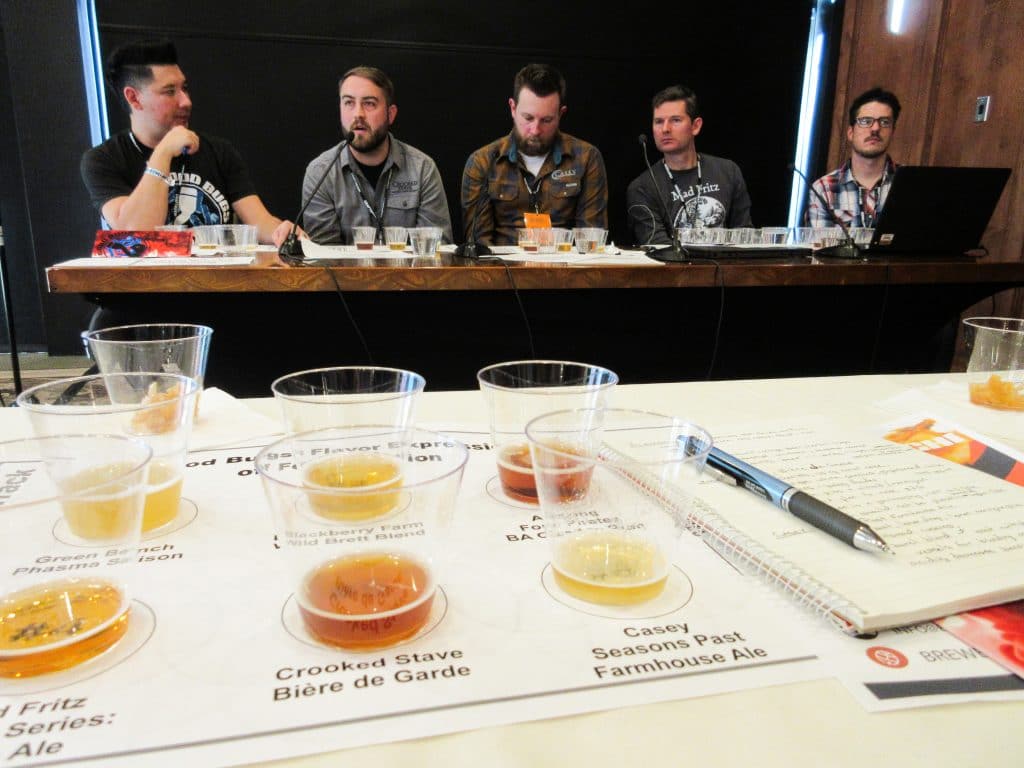 This seminar was based on the concept of allowing fermentation character to be the prominent expression in beer. The beers featured were collaborations between Brewed Food, Inland Island Yeast Lab, and several outstanding breweries. The experience was one of sensory exploration and appreciation of nuanced fermentation character. 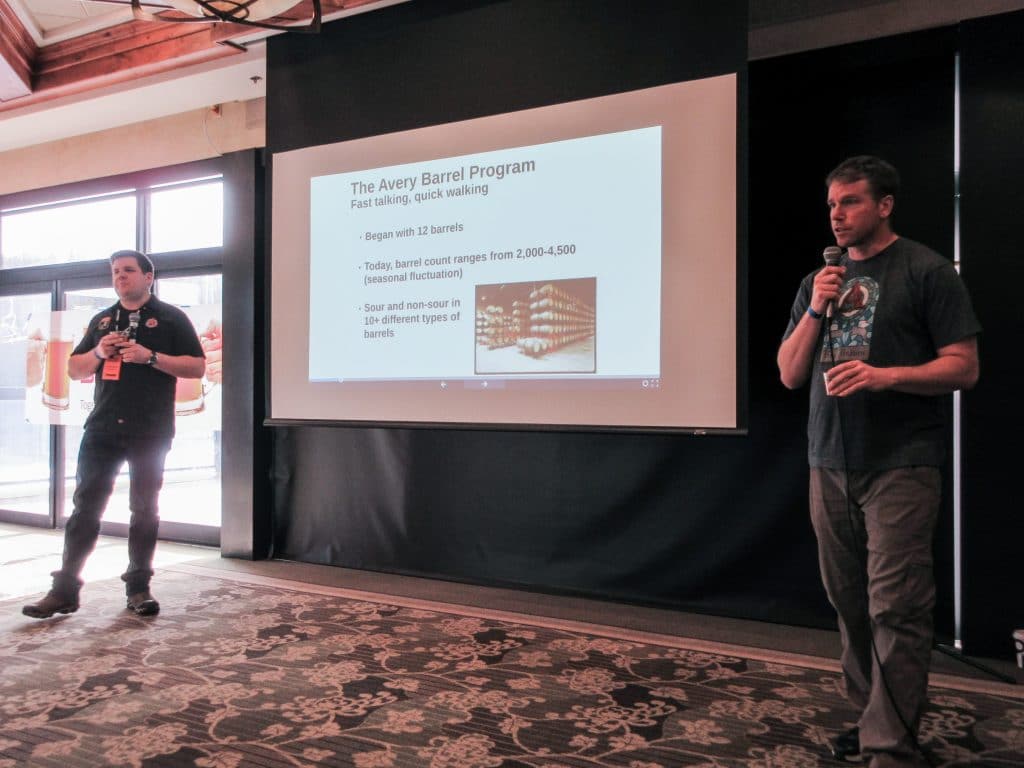 Andy and Patrick guided seminar guests on a tour of the wonders and woes of barrel aging beer. Their wisecracks and cheeky jokes kept the tone light and fun. They described the seminar as “a fast track to off-flavor town.”

Some seminars were more about sensory experience than a discussion or delivery of scientific findings, but I enjoyed them all for what they had to offer. I found the Experimental Brewing seminar to be the most interesting of the lot, though I went into it thinking it would be a bunch of fluff and opinions. I was so very happily wrong.

Bring a pen and a notebook, write down everything, sit in the front row, and sip on a cup of coffee if you have to. Show up early, leave late, get involved, ask questions, shake some hands and say some thank yous at the end. Keep an open mind and do some research later on.

A big thank you to Big Beers for hosting an enlightening set of seminars!
See you at Big Beers 2019!