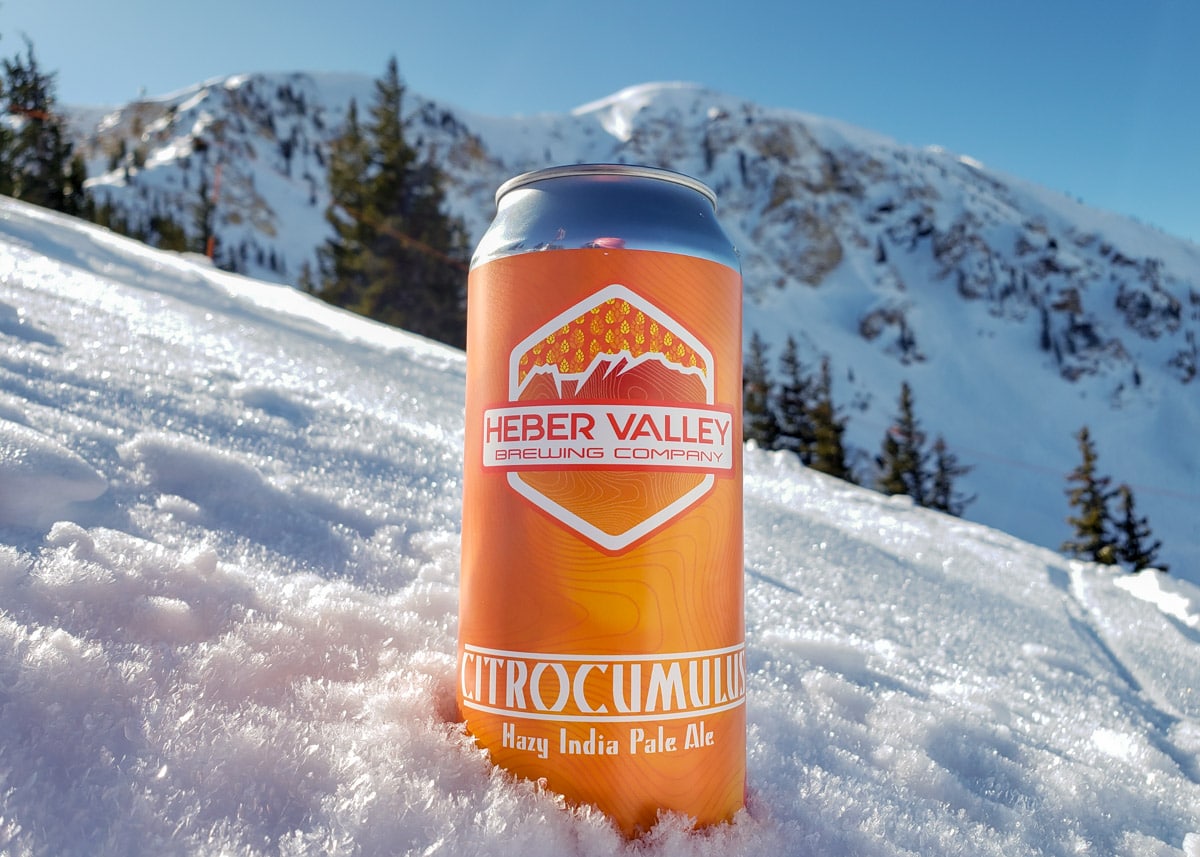 As Utah’s craft beer scene continues to expand, it’s good to see breweries open in the lesser-served corners of the state. The historic pioneer town of Heber City, Utah just became a little less dry with the opening of Heber Valley Brewing Company in August of 2019. Now residents and visitors can stop in for a pint of locally made craft beer after a day of playing in the surrounding mountains. The brewery is a much-needed addition to the growing town as it develops into a welcoming destination and home to transplants from neighboring Park City. 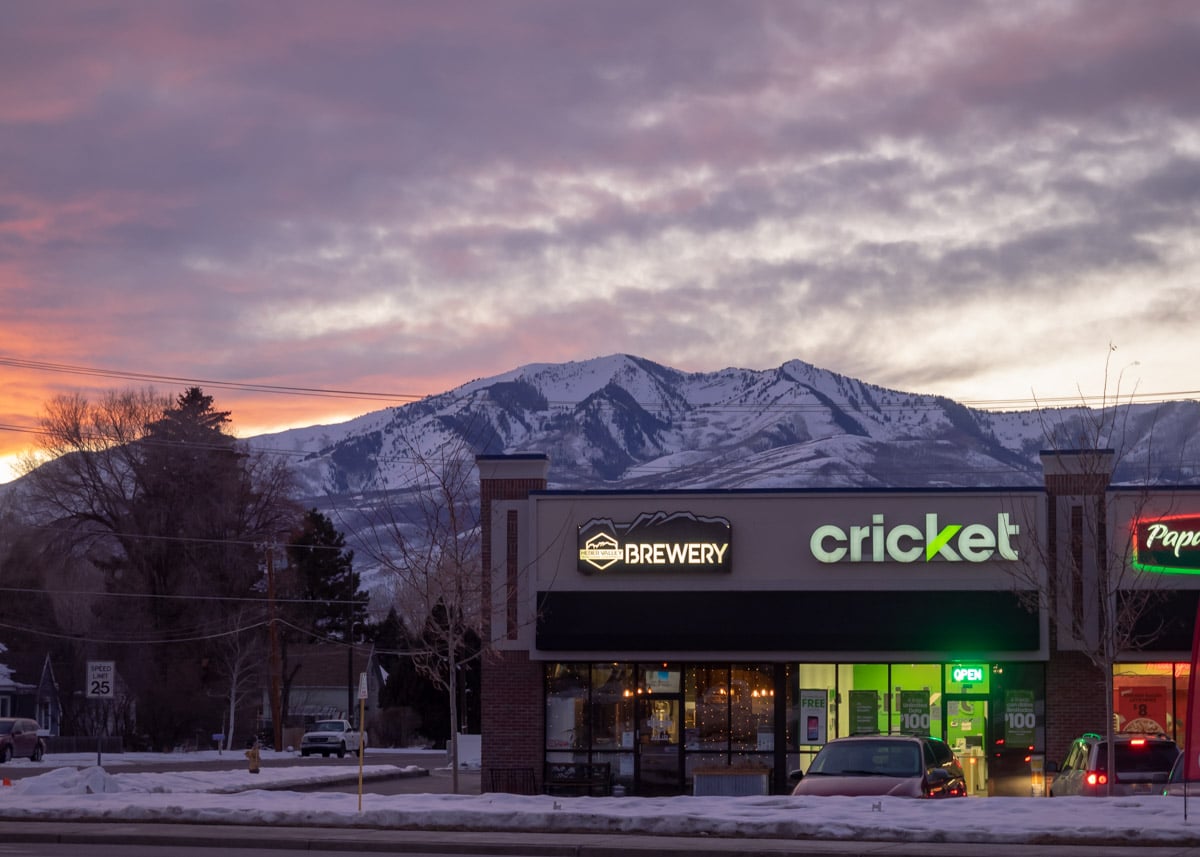 Since the 2002 Winter Olympic Games in Salt Lake City, the Wasatch Back (eastern side of the Wasatch Mountains) has become a training hub for the US Ski Team. Park City was the site of multiple venues and hosted Olympic events at Deer Valley, Park City Mountain Resort, and the Olympic Park, home of the bobsled and ski jumping events. In addition, the nearby Soldier Hollow was host to biathlon, cross-country skiing and Nordic Combined events. These venues have attracted athletes and coaches who come to refine their sport in a world-class setting. As it happens, some of them enjoy craft beer, and when it’s time to retire, the next chapter just might include opening a brewery.

That’s the story of Clint Jones and Greg Poirier, co-owners of the Heber Valley Brewing Company. As long-time friends and colleagues from the world of ski jumping, Clint and Greg decided to extend their relationship into a business venture. Together, they boast long resumes that include several Olympic Games. Greg was a coach for the US Nordic Combined Ski Team for five Olympics, including the 2010 Vancouver Games when the team won a gold and three silver medals. Clint was a ski jump specialist who competed in Salt Lake 2002 and Torino 2006 before retiring and becoming a coach himself. Despite moving in the same circles, Greg never actually coached Clint. “I always followed him because he was a hot shot little ski jumper from Steamboat,” explains Greg. When Clint retired from the sport, Greg tapped him to be a coach for the National Sports Foundation, Park City’s Nordic ski club. “Essentially he was my first boss,” says Clint. 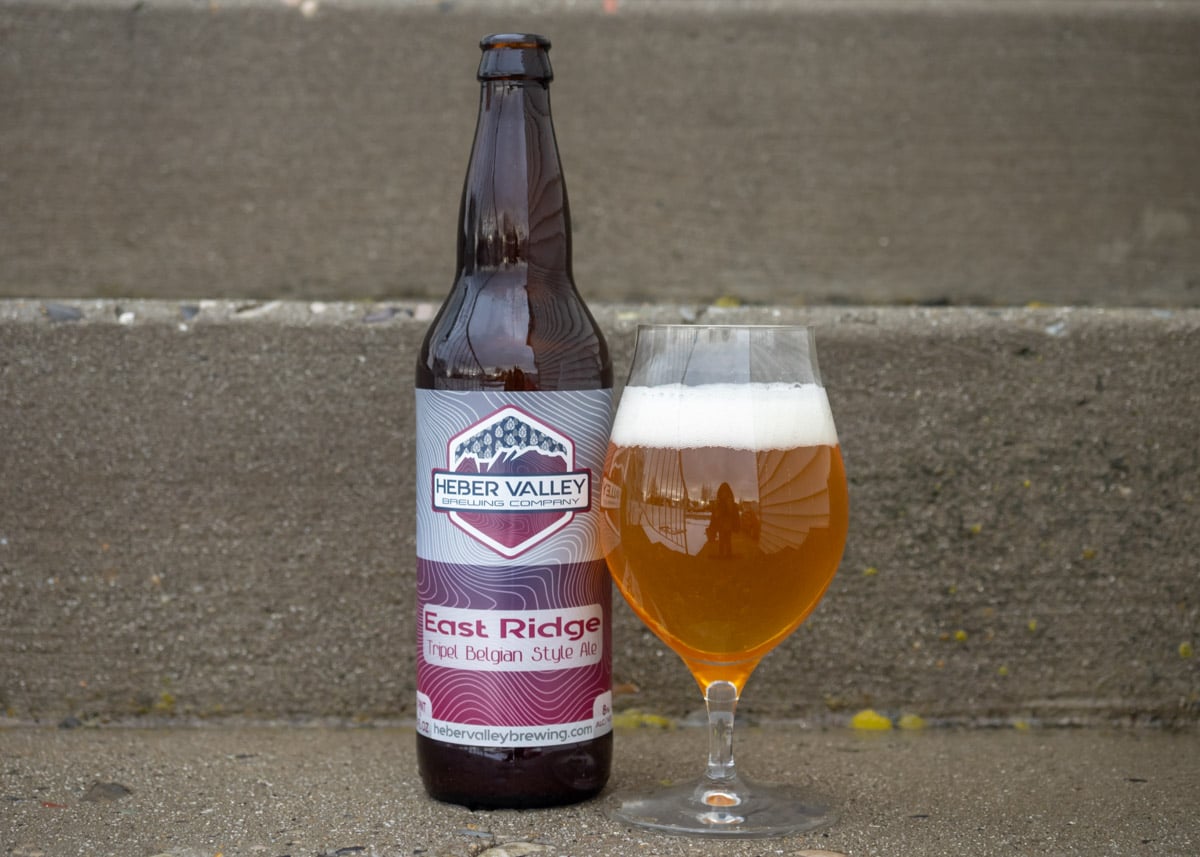 As it happens, there are benefits to traveling the world for competition. An appreciation for craft beer can be indulged in during downtime, something athletes and coaches can share and bond over. “Beer has a way of bringing people together. A lot of the best memories [and] times you have, there’s beer involved,” says Clint. Many of their comrades have also ended up in Heber, due to its proximity to Park City and lower cost of living. “It’s a ski-jumping/beer world here,” says Greg. Besides the knowledge of beer, Clint found his travels abroad rewarding in another way. He met his Belgian wife, who was working as a hill worker at the 2010 Olympics. Through her he not only found happiness, but also experienced new facets of the beer world. “Being married to a Belgian, and getting to spend some time in Belgium, helps a little bit with the street cred of brewing beer,” Clint laughs. 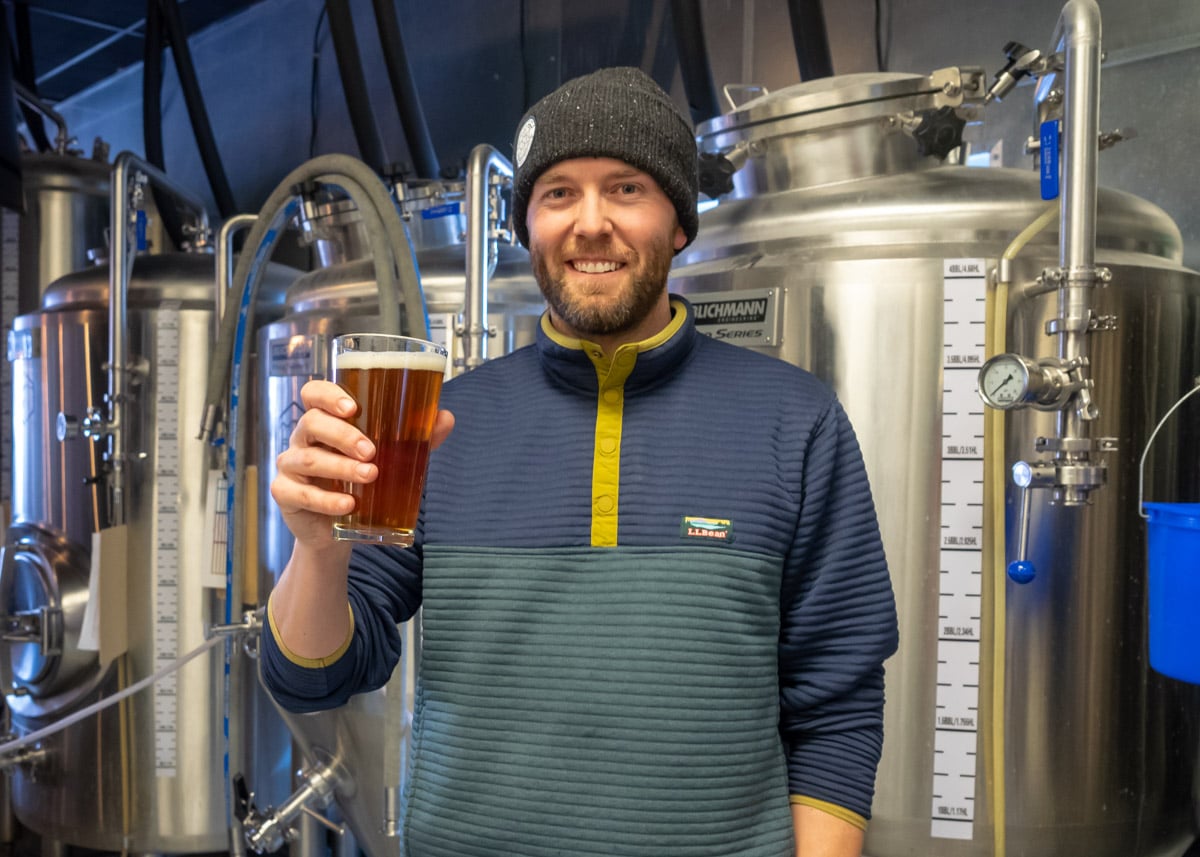 Clint Jones does all the brewing at Heber Valley Brewing, including a few Belgian styles. He started homebrewing at a fairly young age and, owing to the engineering example he had from his father, enjoyed the constant modifying of processes and systems that comes with it. He brewed all the beer for his wedding, and some for a friend’s wedding, to prepare for the opening of the brewery. He also was able to visit New Smyrna Beach Brewing Co. in Florida to try his hand at commercial brewing with his friend (and partner) Chis Coyle. “Up until this year, ski jumping has been my life, and now beer has replaced that,” Clint reflects. “It’s a really cool pursuit of knowledge and experience. No matter how long you spend or how many batches of beer you brew, you’re always learning something, and there’s something you can tweak and make better the next time.” 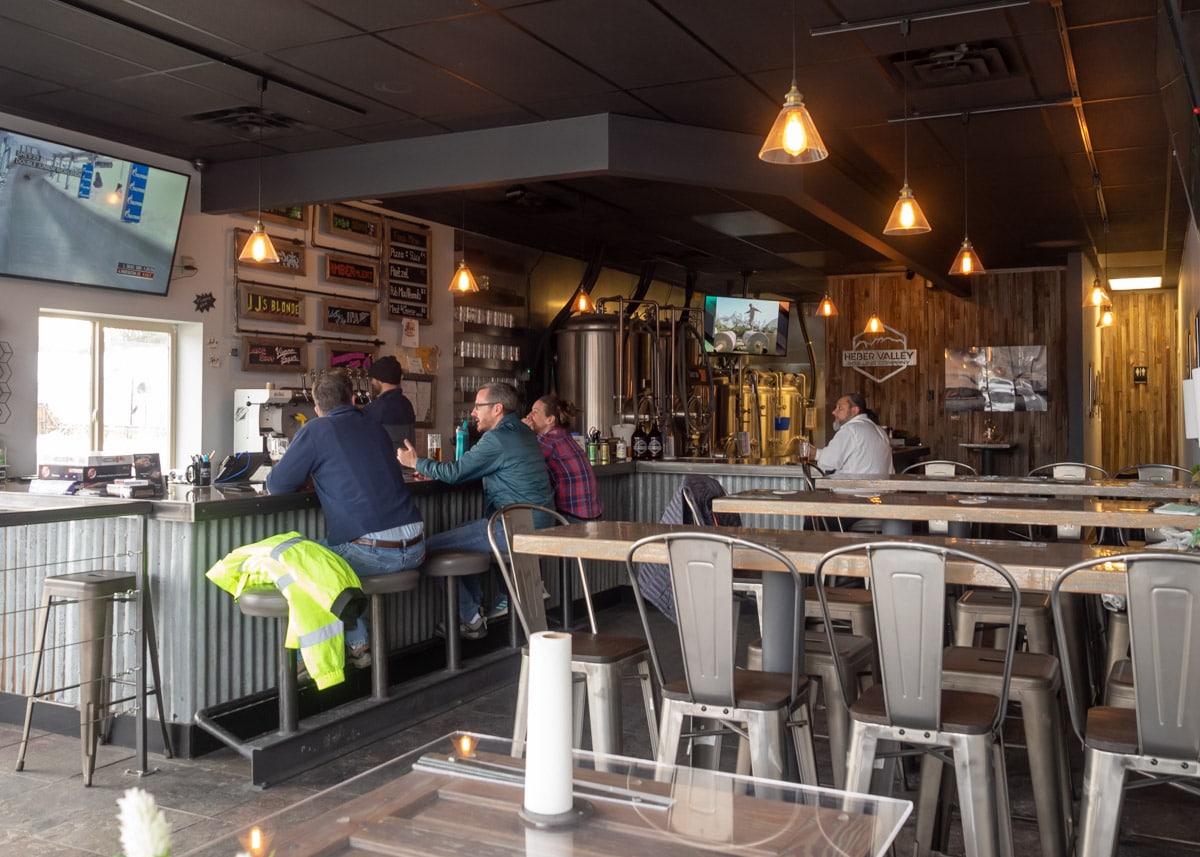 As I chat with both Clint and Greg, it’s apparent that the passion is there. That passion has fostered the creation of an excellent brewery, one that looks to have a bright future in a growing town that was missing something, until Heber Valley Brewing came along. Located right on Main Street, next to the visitor center, the brewery offers a casual hangout where folks can meet up and relax after a day of work or play. “There’s a really good community already building around the brewery,” says Clint. “A bunch of like-minded skier, mountain bike, or fly fishing kind of people that go out and do their thing during the day, stop in here for a beer, and they’re meeting other people that they never would have met before.” Many of the locals have joined the Mug Club, where they get their own personalized mug to keep at the brewery along with a hat, t-shirt, and 21 oz pours for just $5.50. 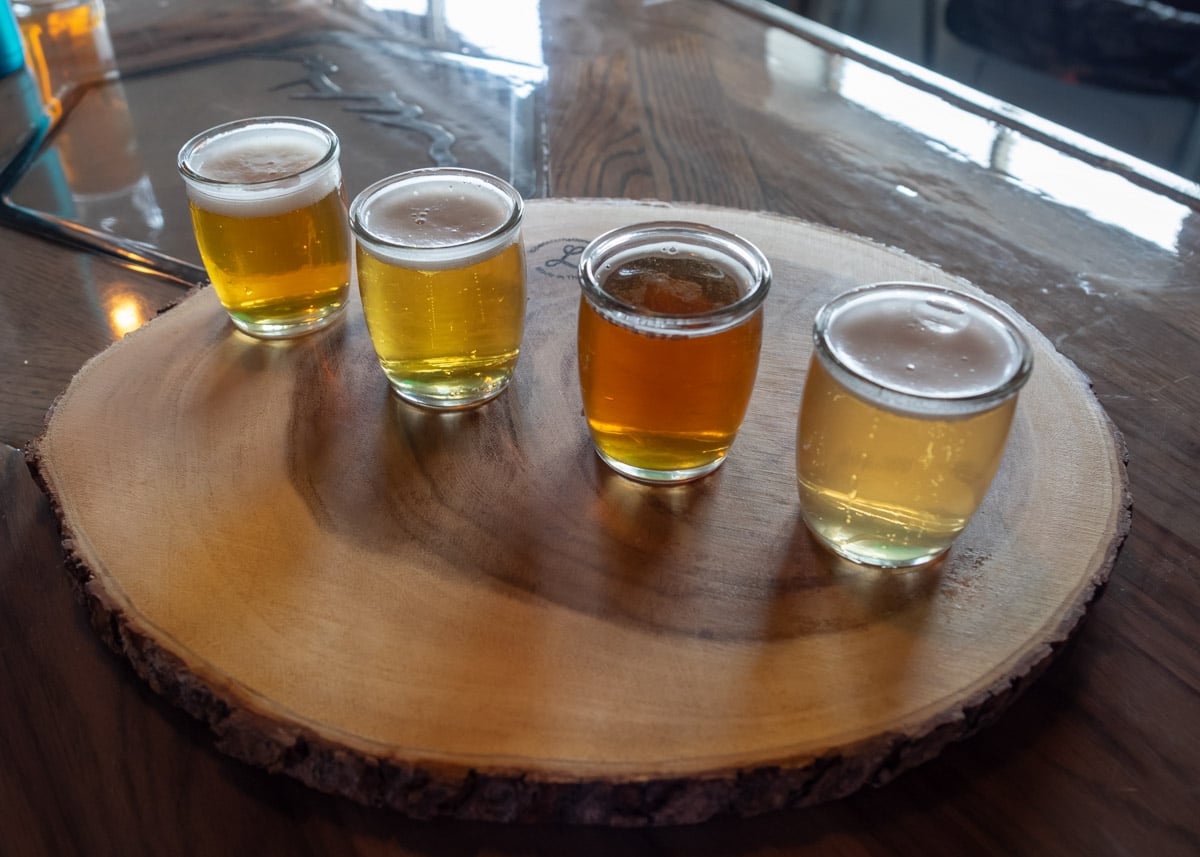 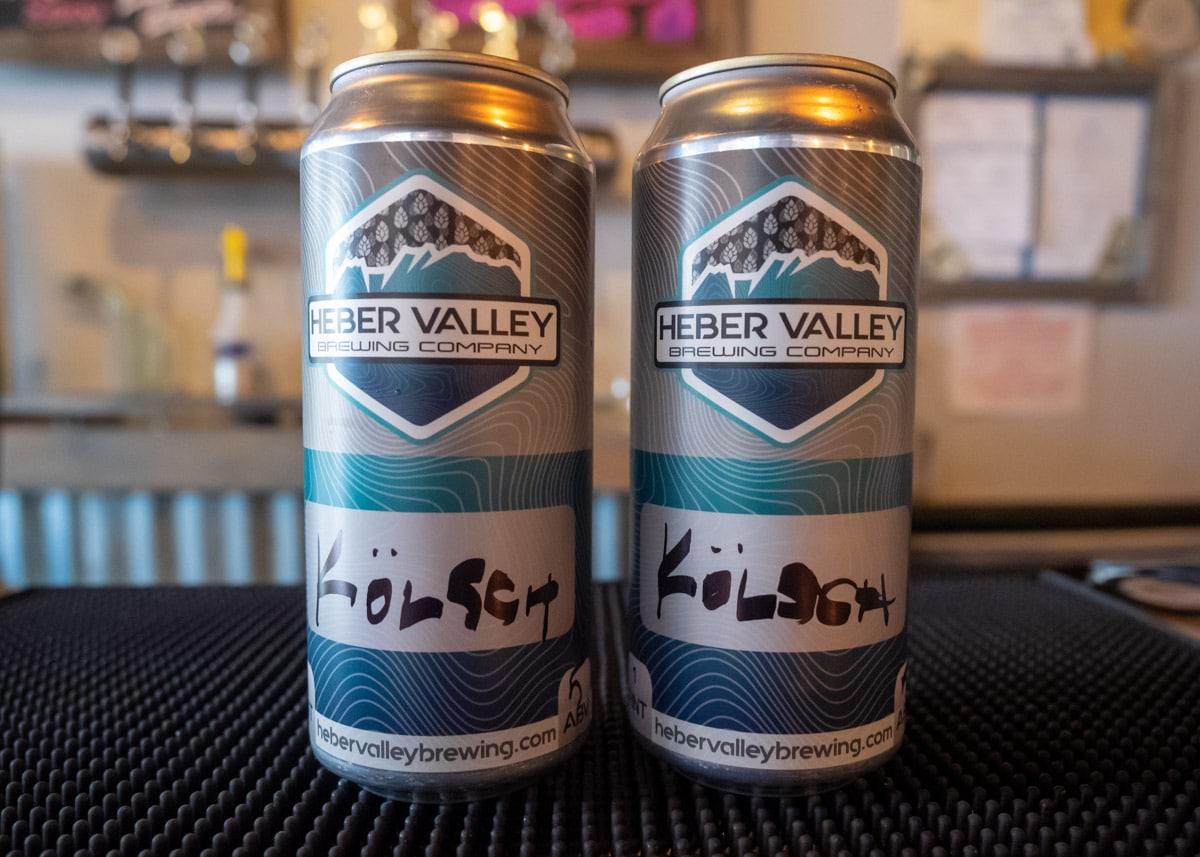 The small 3 ½ barrel brewhouse keeps eight taps flowing with something for everyone. Clint brews beer that provides an authentic flavor experience while still allowing for the unexpected twist here and there. “I think it’s fun to experiment a little bit, but I also like to try to do some more traditional styles,” he says. The easy-drinking Cold Fusion Kölsch is made in the conventional way while the Lone Pine Pale Ale, brewed with spruce tips, and the Bombegranate Sour, offer some bolder options for more adventurous palates. They don’t currently have a bottling or canning line, but they do have a can seamer that allows them to fill 16 oz cans to-go. They also hand bottle (or can) select batches of high-point beer available to-go from the brewery. 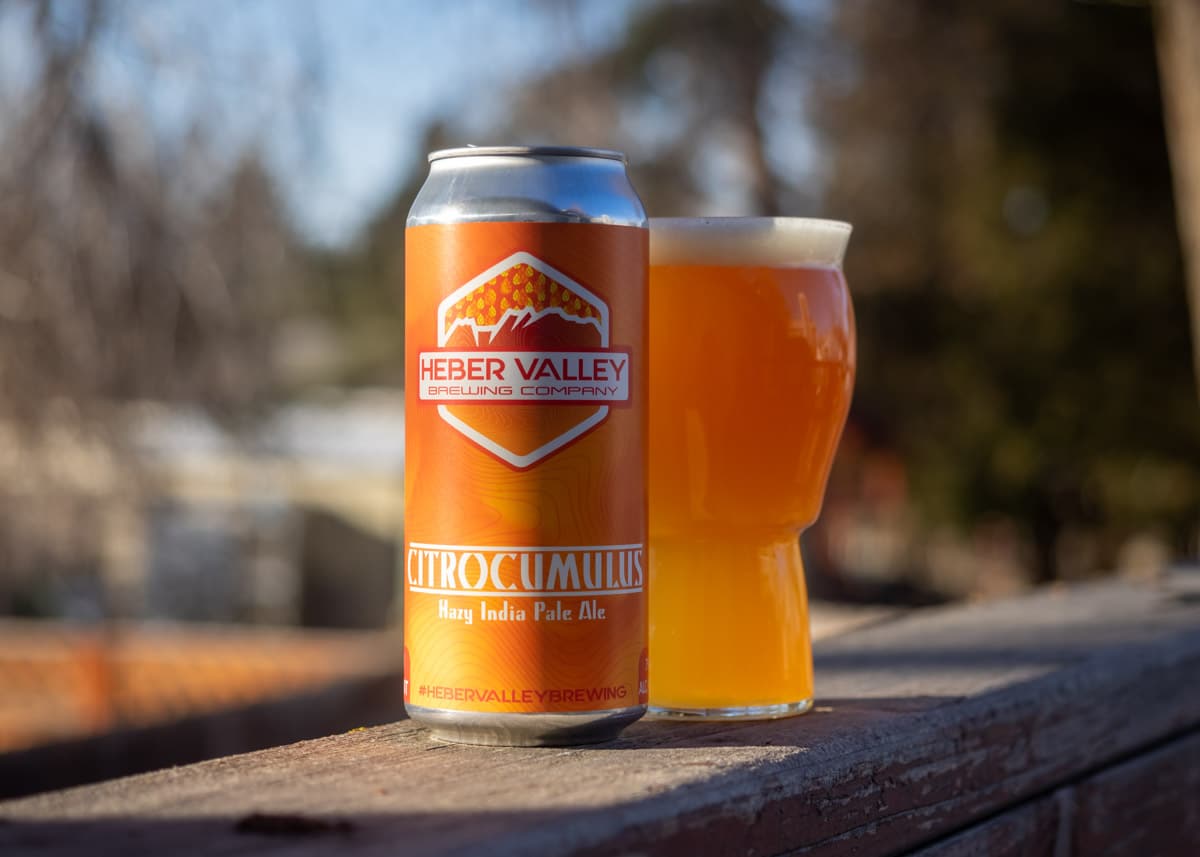 I was lucky enough to get some of the last of the Citrocumulus Hazy IPA from Heber Valley Brewing during my visit. This trendy style is brewed by many, but not always successfully. I was surprised to see the fledgling Utah brewery attempt it so early on, but Clint evidently knows what he’s doing. The beer is slightly sweet and bursting with the juicy citrus flavors common to the New England-style IPAs. I’m frankly impressed by the quality of all the beer I tried at HVBC. There is obviously a lot of care and skill applied to the brewing of each batch. They are certainly an asset to the Utah craft beer scene!

Heber Valley Brewing Company is looking forward to getting more involved in local community events like the summer outdoor concerts, SkiJoring, and even ski jumping. They already hosted an Oktoberfest celebration at the brewery this past year and look forward to a repeat of that in 2020, as well as adding a more permanent outdoor patio area to it’s taproom. HVBC is especially excited to participate in this year’s Utah Brewers Guild Collaboration Beer Fest where they’ll be able to team up with other local breweries and begin to mesh with the rest of the brewing community. While they look to slowly grow their brewery, Greg and Clint are for the time being content to remain a small, local spot. Clint expresses his aspirations, “I don’t think either of us got into this to make millions of dollars. It’s like, make good beer, develop a cool little community down here, and slowly build the business.” Sounds like they’re well on their way! 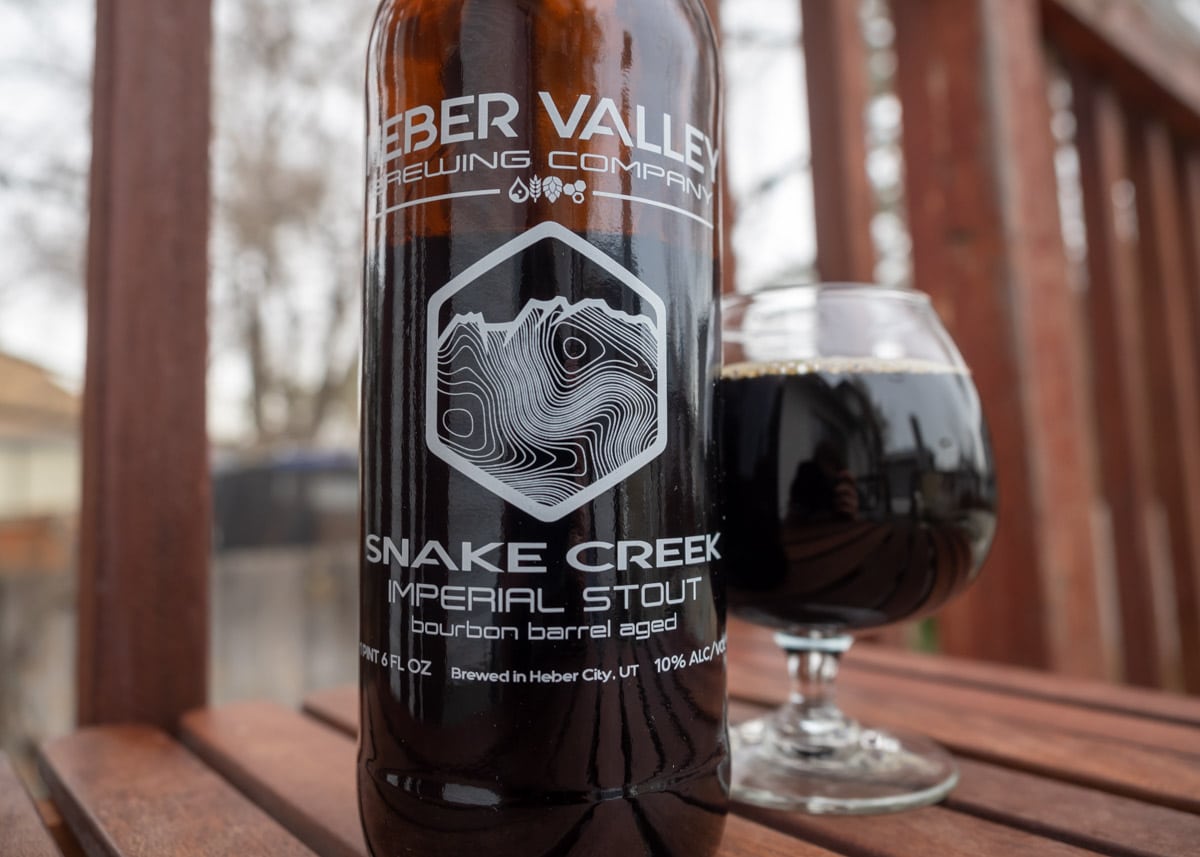