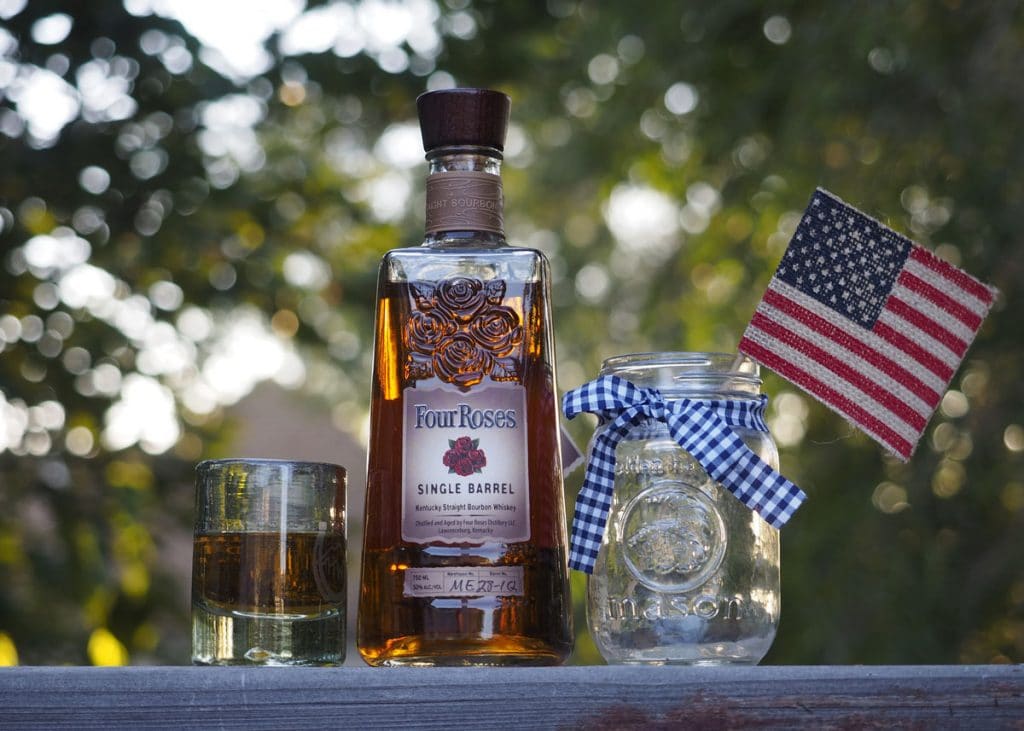 What’s more American than baseball and apple pie? Well, bourbon is, actually. A bottle of the amber-colored liquid holds suspended inside it the entire history of our great Nation. From its key ingredient, corn, originally cultivated by Native Americans, to the distilling techniques carried here by European immigrants, spurred on by a Revolution, bourbon whiskey is indeed the spirit of America.

The history of bourbon is a fascinating story. I recommend reading the book Bourbon: A History of the American Spirit by Dane Huckelbridge to learn the entire tale. The book follows the parallel histories of America and bourbon through every age including the Civil War, Prohibition, and the generation that all but forgot about bourbon whiskey. We won’t be able to go into all of it here, but I’ll do my best to inspire you to toast America’s birthday this year with our native beverage. 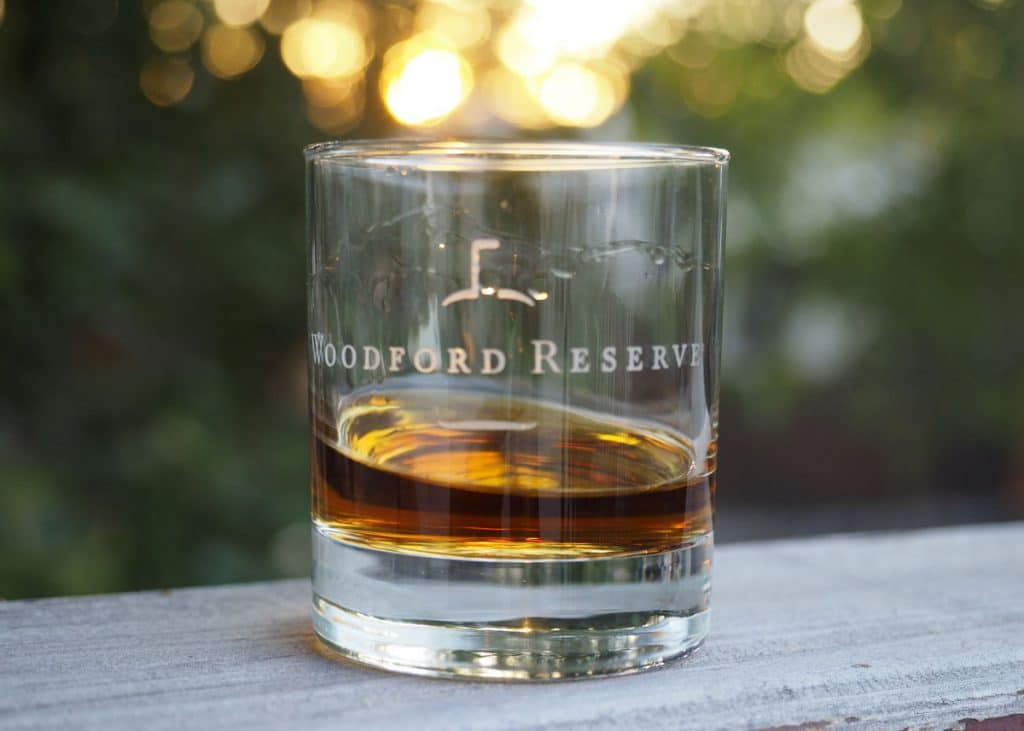 The story begins with corn (or maize), a domestic crop cultivated by our Native American hosts who didn’t have distilled spirits, but did make and consume fermented alcoholic beverages in the form of wines and beer made from accessible ingredients, including corn. When Europeans immigrated to the New World, they brought with them distilling techniques and booze. Bourbon was not the immediate result nor was it the first spirit of our country. Americans were originally rum drinkers, a consequence of the British colonial rule which provided imported molasses from the Caribbean. It would take time for the new whiskey to be born and make its way into American society.

Early British colonists of the Virginia Company found themselves quite short on alcoholic drink. Their European barley didn’t grow well in the Southern heat, and imported wine, beer, and other liquor wasn’t plentiful enough to quench their considerable thirsts. They needed a local source. Captain George Thorpe was sent from England in 1620 to aid the colony in a number of endeavors including the chore of establishing a liquor industry. It is known that George possessed a good copper still and that Indian corn was plentiful. A letter written home from George Thorpe suggests that he had found a way to make a drink from the Indian corn that may have been preferable to the imported English beer. The actual origins of bourbon are not well documented, but here we see, at the very least, the seeds being planted.

Although whiskey made from both corn and rye did exist in the seventeenth and eighteenth centuries, there were regulations on colonial grain usage. British colonial policy went to lengths to protect the rum business. England had Caribbean islands with plantations full of African slaves producing sugar cane to make molasses. Rum, distilled from molasses, became a currency which was traded for more slaves in West Africa, a cycle that made merchants, in both the Old and New Worlds, a lot of money. Rum was being made in America and the Caribbean, but when American-made rum started to compete a little too keenly with British interests in the Caribbean, the Molasses Act of 1733 made sure that Americans paid double the duty on British molasses. Of course, American distillers, being Americans after all, said “FU” and simply smuggled the molasses rather than go out of business.

Thirty years later, the Sugar Act of 1764 allowed the Royal Navy to board and seize any vessel suspected of carrying contraband molasses or illegally imported alcohol. This angered not only rum makers, but all booze-loving Americans, including those men who would eventually become our Founding Fathers. John Handcock (the very same), who was in the business of importing liquor-based goods, had his ship (Liberty) impounded by the British in 1768 for smuggling alcohol. Residents of Boston retaliated by rioting and raided the ship, “draining” it of its cargo. Cheers! The incident predated the famous Boston Tea Party, but in all likelihood was the true initiation of the Revolution. It was followed by a defiant boycott of all imported British goods, even their cherished imported alcohol.

So, what were thirsty Americans to do? Make their own hooch, of course! Ben Franklin had a few words of advice in his Poor Richard’s Almanack, and one tip called “for the Improvement of our Corn Spirits, so as they may be preferable to Rum.” We had a lot of corn we could no longer sell to the foreign islands, and we needed to wean ourselves off rum. The “patriotic” thing to do was make our own native liquor with our own native crop. Bourbon became the new spirit of our brand new Nation. I’ll raise a glass to that! 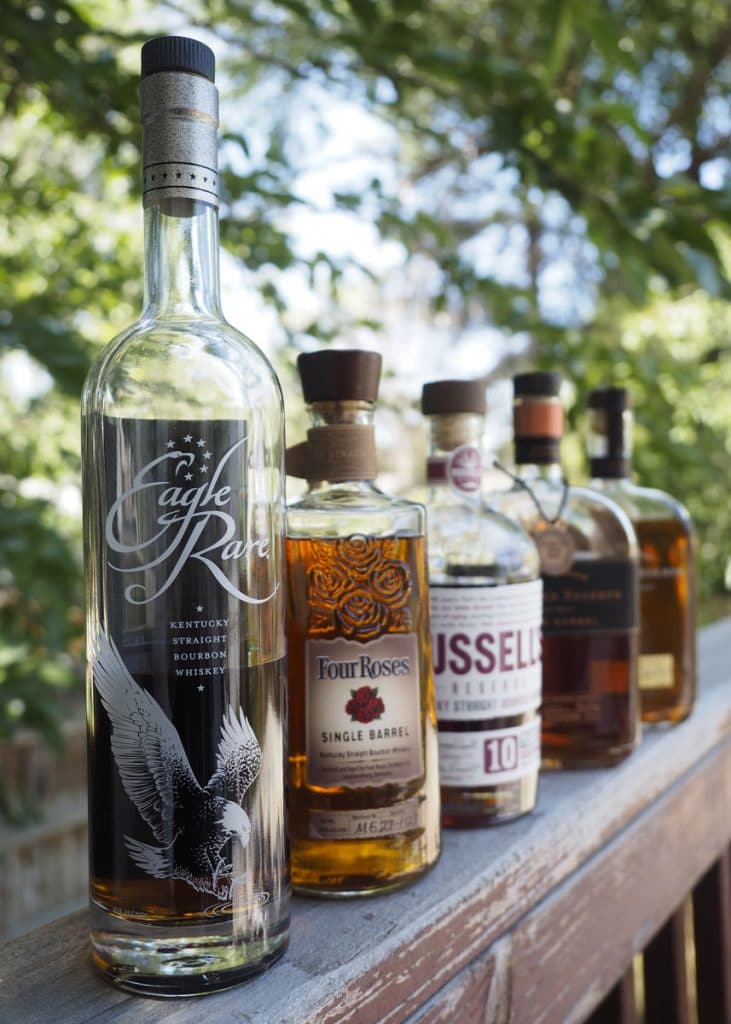 Bourbon would evolve over the next centuries, surviving the ups and downs of the Wild West, the Prohibition era, and the 80’s when mass-produced American-made whiskey fell out of fashion in favor of trendy vodkas and French wine. Thanks to a revival of small-batch bourbon, our taste buds can now delight in the flavors of quality whiskey made in the traditional style. Bourbon has taken its place at the table of fine liquors and in the history books that tell our unique American story. Now, if you’re not too busy with parades and fireworks, pour yourself a little dram, and help me celebrate bourbon whiskey and the thriving spirit of America!