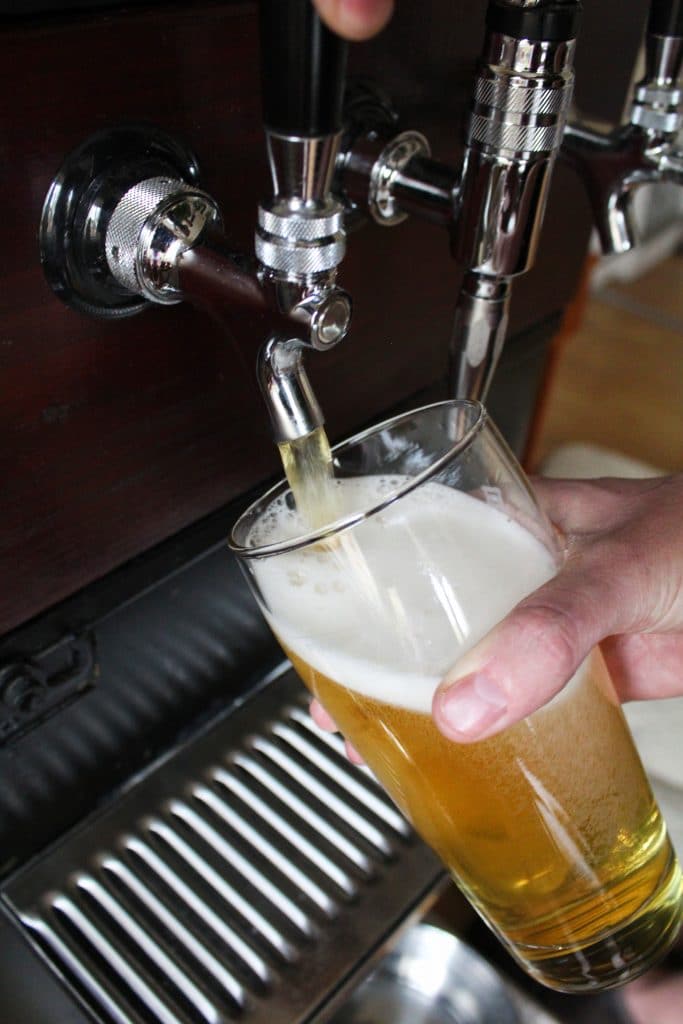 The state of Utah is one of a dwindling handful of states left clinging to Prohibition era ideals concerning the control of alcohol. Through three short years of Salt Lake City residence, I’ve had more than enough experience as a producer, retailer, and consumer of alcohol to sort out the dos and don’ts of getting a good ole’ boozy beverage in the Beehive State. There are many hoops to jump through and a couple loopholes to exploit. But overall, it’s pretty darn hard to exist as a lover of the drink without feeling the hot breath of the law breathing down your neck with each sip.

As one who produces beer for a living, that last one kills me. Oddly enough, bottled beer is unaffected by the 4% rule at bars and restaurants. I guess I should count my blessings??? Heh…

As a newcomer to the state, I joined in the chorus of “This is ridiculous!” and “I know, right? Welcome to Utah.” I’ve since come to understand just how much I detest certain laws, but I’ve also realized these strange conditions and limitations have created a small cluster of high quality session beer.

Limiting alcohol means limiting the malt used in a batch of beer. This also reduces the amount of hops and other ingredients used, as balance is always necessary no matter the alcoholic content. Asking a brewer to create flavorful, interesting beers in a variety of styles with a 4% ABV limitation is like asking a writer to draft several paragraphs about beer without using the word “beer” or “brew”. To avoid redundancy and maintain a good composition, the author is required to become very creative.

Such necessity for creativity might breed some fairly crafty brewers, no? The Reinheitsgebot, or Beer Purity Law of 1516, limited Germans by stating only malt, water, and hops could be used to create beer (yeast was later included upon discovery). While it’s not a limitation on alcoholic content, it certainly calls for the brewer to be creative! Germany has produced many exceptional styles with these limitations, several of which are copied throughout the world today.

Why then, am I hearing from Utah locals and tourists alike that 4% beer isn’t “real beer”? What about Berliner Weisse, a typically 3.3% German ale? And many British ales ring in under 4% as well. Are those also not “real beer”?

The people both living in and visiting this state need to stop complaining about “three two” beer and start recognizing it for the local gem that it is. Yes, it’s annoying we can’t drink 8% double IPA on draught. And it sucks I can’t enjoy a flight of beer ranging in alcoholic content. No doubt, I’ll be one of the first to cry for joy over my first legal draught pint of Elephino, but I’m not holding my breath.

My point? I think you’d be hard pressed to find such a concentration of high quality session beer anywhere else in the United States, and that’s something to be savored.

Please, put away your pitchforks and negative notions. I’m just as guilty as anyone else, but if we can’t change the laws, we can at least change our attitudes.