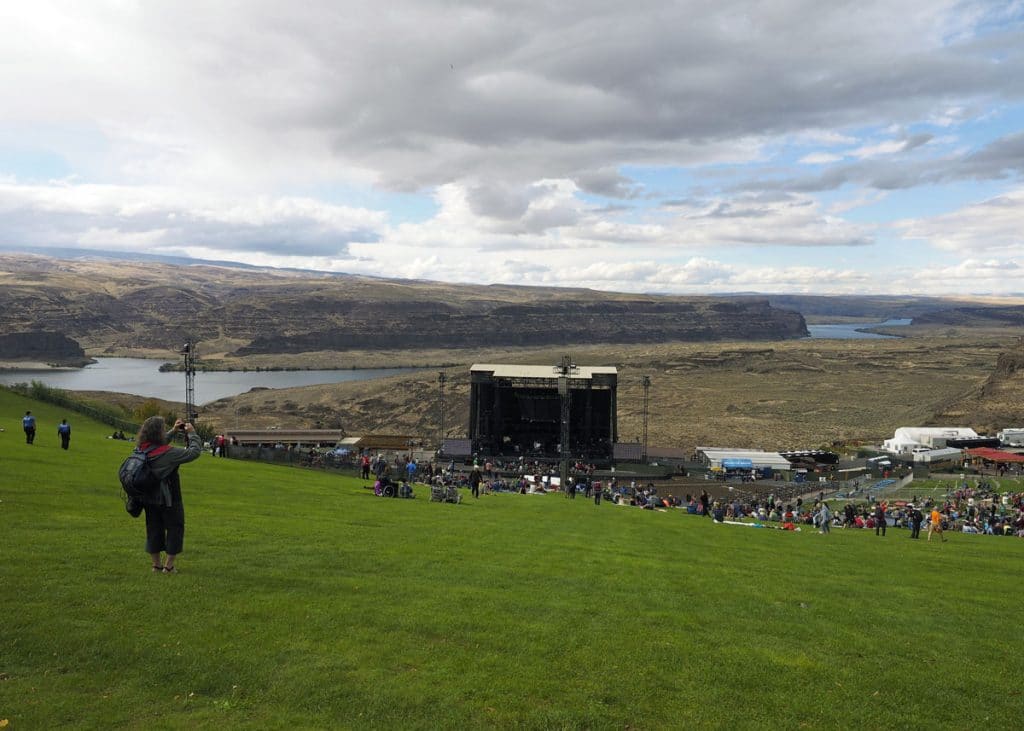 For fans of the Dave Matthews Band, the Gorge Amphitheater, located in a remote part of Washington State, is the ultimate place to see a live show. Every Labor Day weekend, the band does three amazing shows over three nights. I’ve been lucky enough to attend 11 times since 2001. This year, I decided to turn the 1500+ mile drive into a DMB road trip brewery hop! 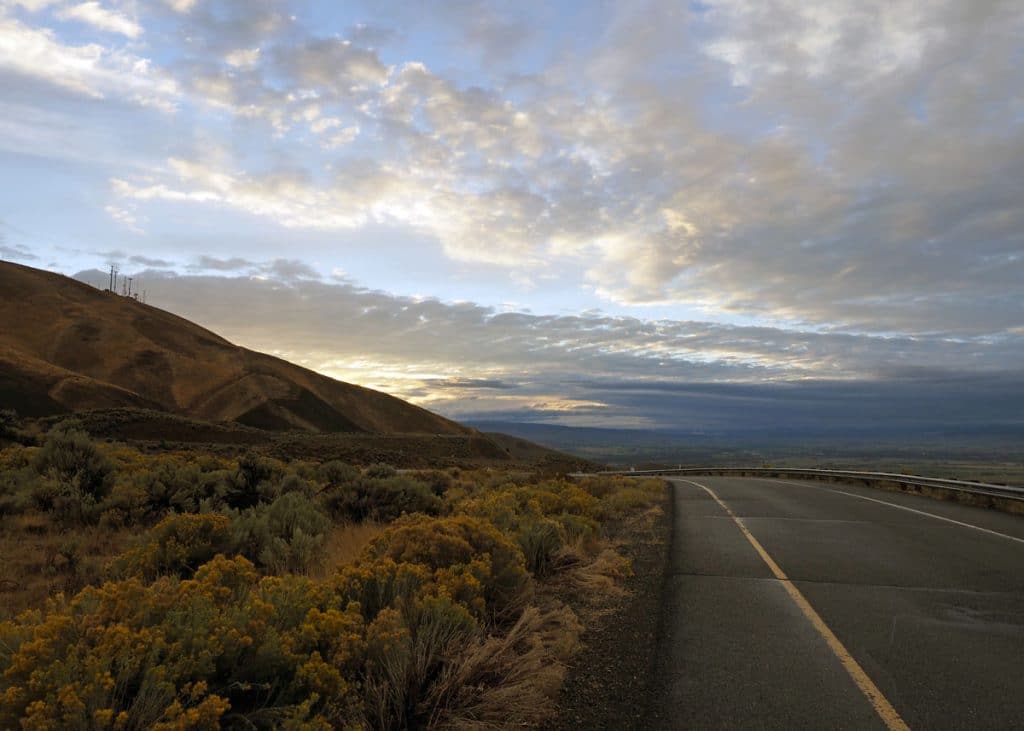 My route took me on a giant loop north through Idaho (Twin Falls) into Montana (Missoula), and east into Washington through Spokane. After the shows, I took a more direct path home to Utah south through Oregon and Boise. I was able to visit a total of eight breweries, at least one in every state I traveled through. Better fasten your seat belts, boys and girls. We’re going for a joyride! 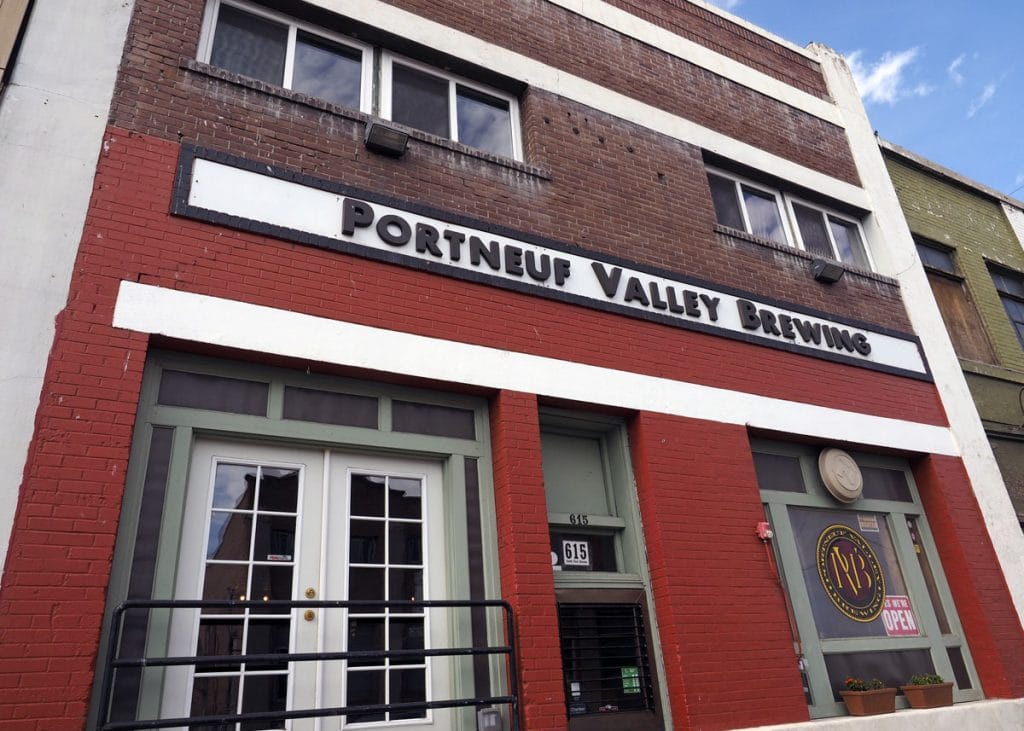 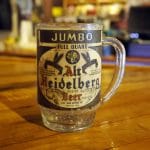 Let’s take it back to my very first Crafty Beer Girls blog post, “Girls Love Beer.” I referred to Penny Pink of Portneuf Valley Brewing as an example of a woman who founded her own successful brewery in a male dominated industry. I finally got to see it for myself. The brewery is located in an industrial part of Pocatello next to the train tracks with a patio facing the train yard. A box of old East Idaho Brewing labels was found upstairs revealing that the building was used to bottle beer before Prohibition. The old labels were used as inspiration for a new beer, the Commemorative Kolsch. 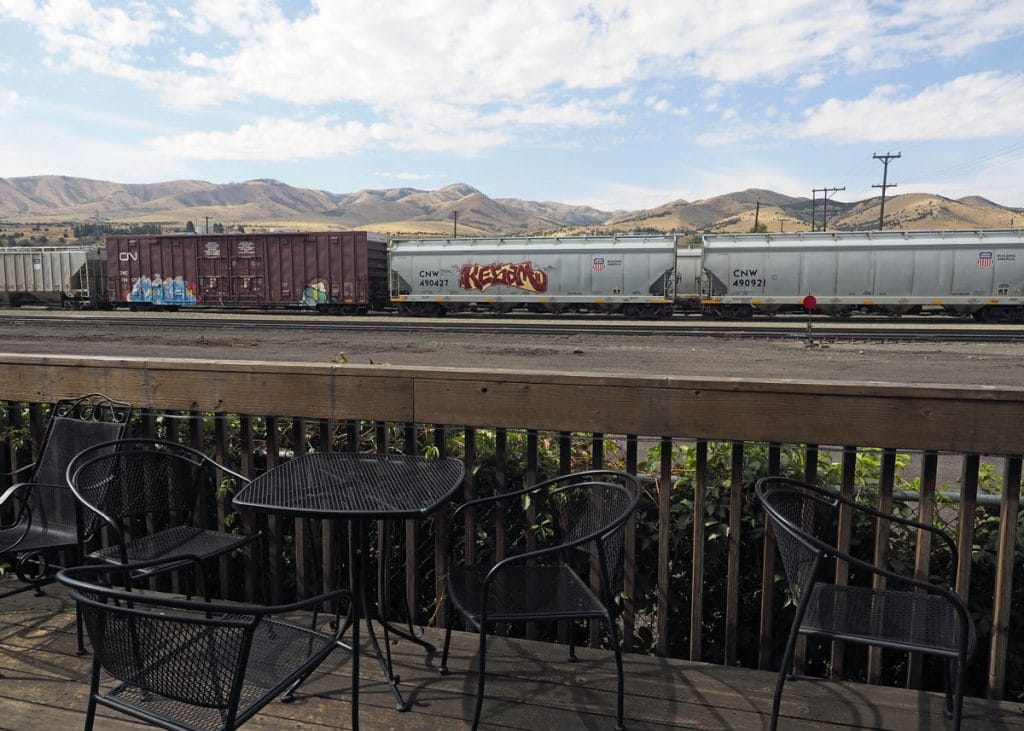 Besides beer, Portneuf makes bread, soups, and dressings in house. The menu includes “Beer Bread” made with spent grains, giant baked pretzels, and Penny Pink’s favorite, the Chicken Feta salad. Enjoy ten beers on tap and house made Sarsaparilla for non-drinkers to wash it all down. The beer, for the most part, has conservative alcohol content and approachable flavors. The Summer Breeze Pale Ale, one of my favorites, had sweet tropical fruit, citrus, and almost peachy notes. I also really loved the Belligerent Ass Nut Brown Ale with its six types of malted barley. It has a rich, well-rounded flavor with notes of chocolate, caramel, nuttiness, and molasses. 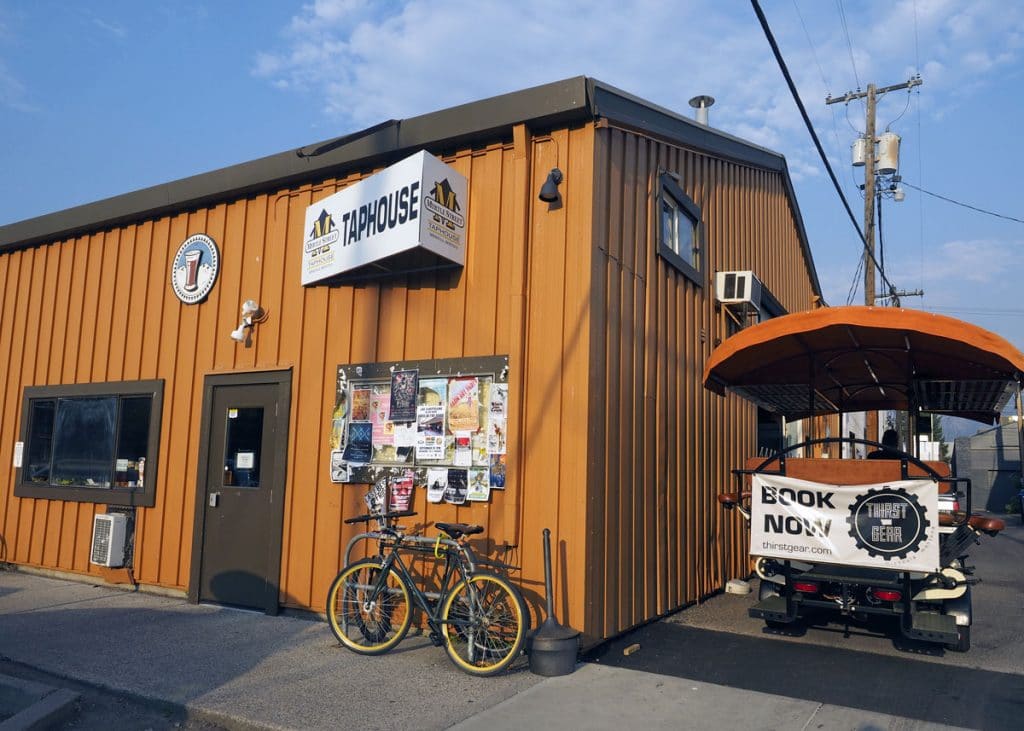 Per capita, Montana has a lot of craft breweries, and Missoula is the center of it. Kettle House was founded by Tim O’Leary and Suzy Rizza in 1995 as a U-brew for local home brewers. In order to create a more sustainable business, they teamed with other local breweries and lobbied the Montana State Legislature to allow breweries to sell beer to customers for on-premises consumption. Now, a brewery taproom can serve up to 48 ounces of beer per person as long as they stop serving by 8pm. It’s possible that Montana has weirder laws than Utah. 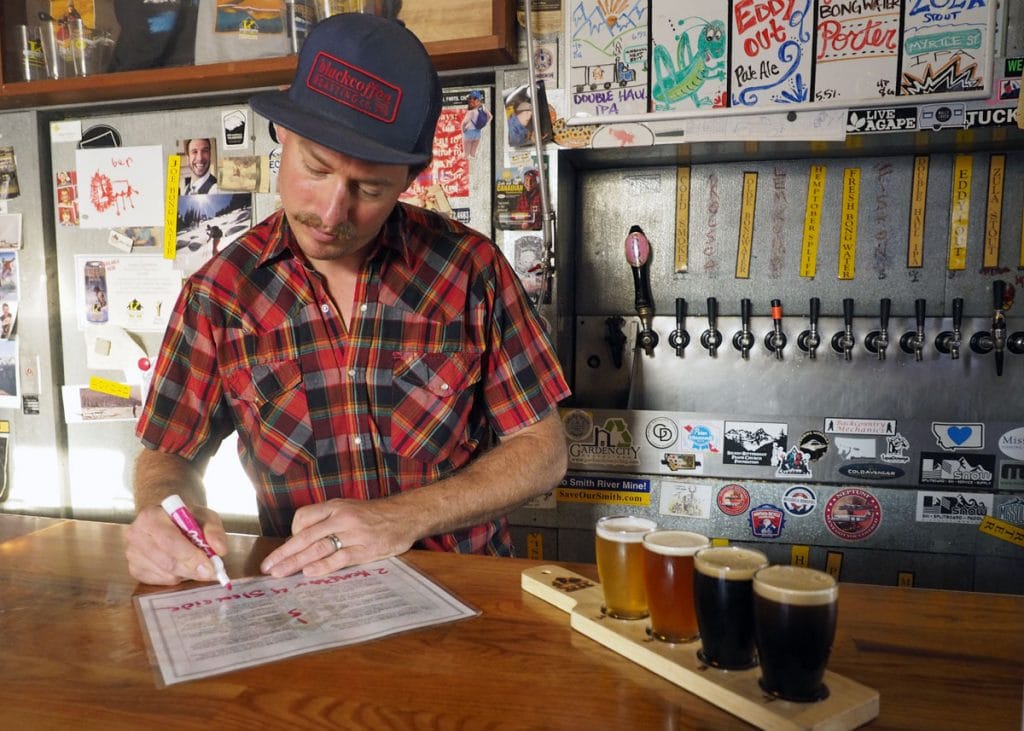 Kettle House has a casual vibe with a nice cross-section of local Missoula residents (hippies, college students, and outdoorsy types) in attendance. The brewery caters to the outdoors community by canning several beers and offering “crowler” fills in addition to growlers. Look for the original “southside” location on Myrtle Street. A second “northside” brewery is now located in a historic railroad district warehouse. 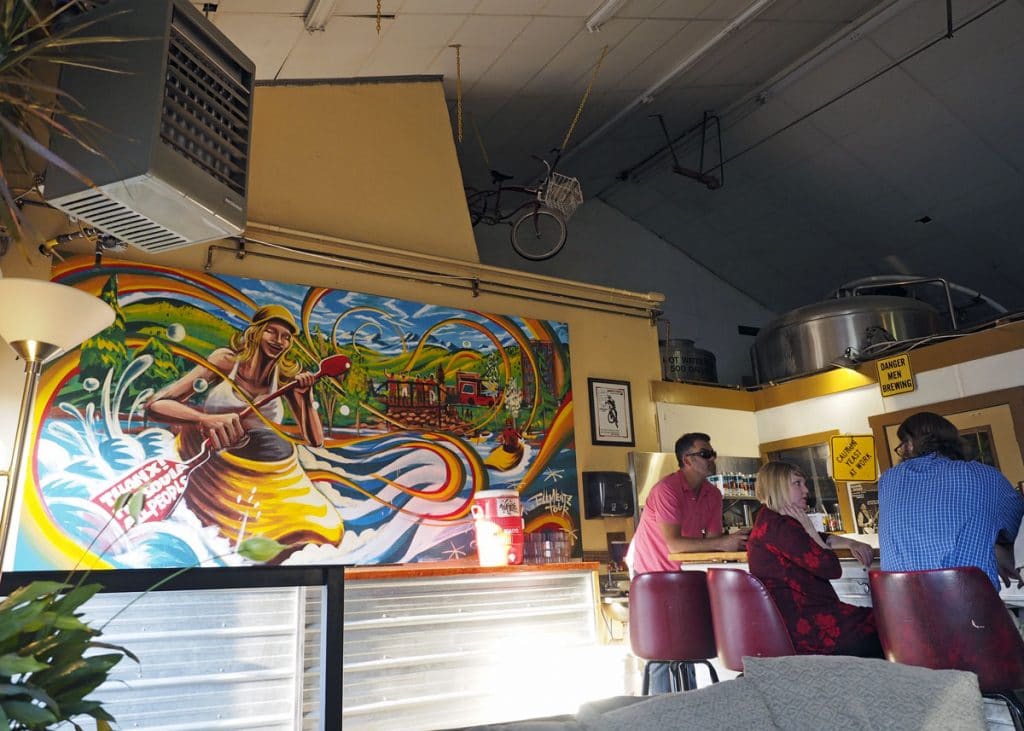 The beer is brewed with Montana barley, Yakima hops, and local water from Missoula’s aquifer. Don your favorite tye-die shirt and down a pint of Fresh Bongwater Hemp Pale Ale or Olde Bongwater Hemp Porter. Both are brewed with Canadian Hemp. The most popular of the Kettle House beers, the dark and smooth Cold Smoke Scotch Ale, can be found in cans along with their flagship Double Haul IPA and Eddy Out Pale Ale. 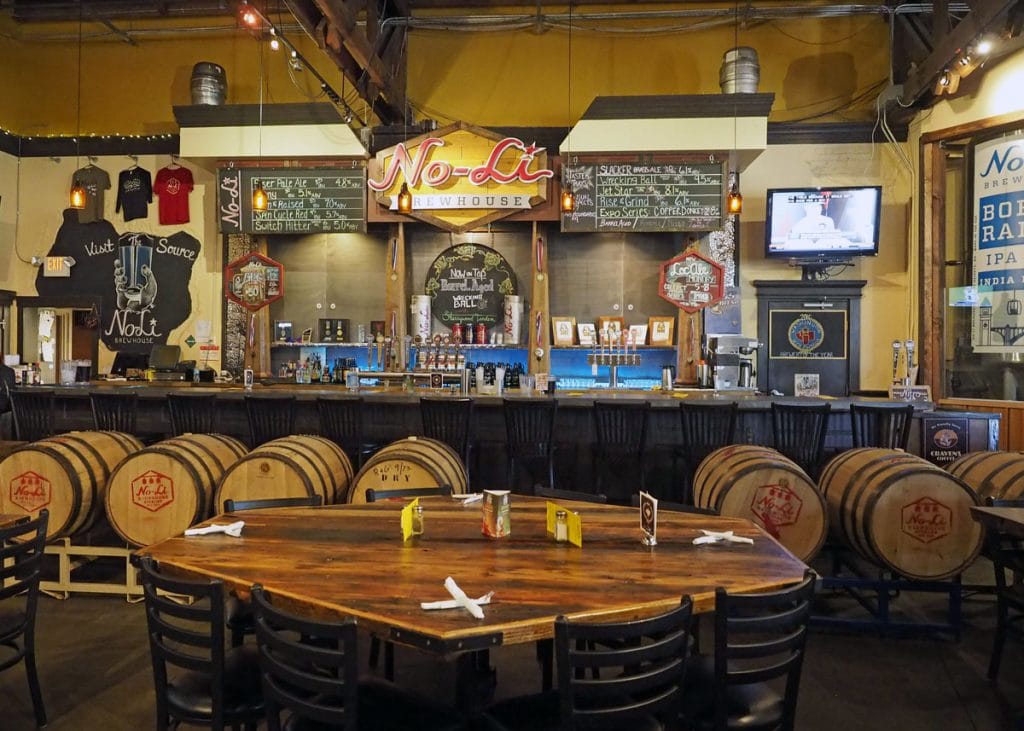 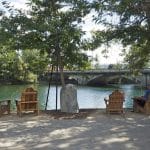 In its current form, No-Li has been around since 2012. Originally, it was established by Mark Irvin in 1993 as Northern Lights Brewing. When beer industry veteran John Bryant partnered with the brewery, the No-Li brand was created and has been brewing award winning beer ever since. The gondolas featured in the logo are a nod to the Skyride over Spokane Falls, a remnant of Expo ’74. Its location, right on the Spokane River, features a relaxing riverside patio and a pleasant ambiance that extends inside. 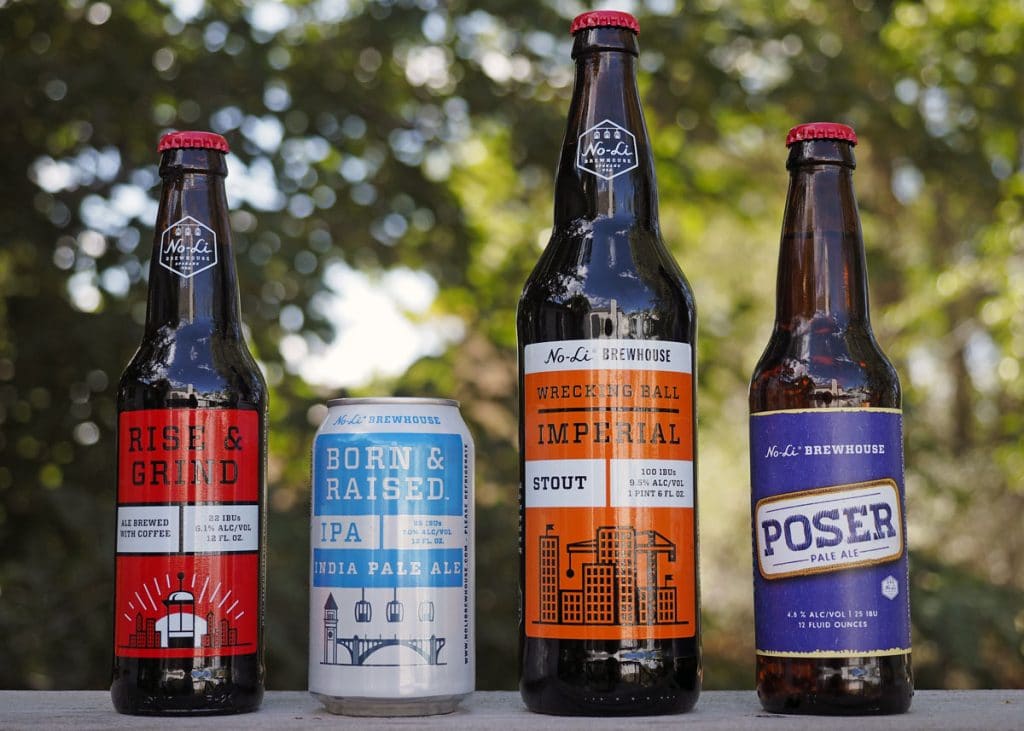 The brewery is known for sourcing local ingredients and making modern, creative beer with traditional roots. Slacker Brass Ale, brewed with orange peel and vanilla beans, manages to taste like cream ale without being too sweet. Poser Pale Ale is hopped up with citrus and tropical fruit flavors backed by a slightly sweet malt body. The big malt body of Born & Raised IPA is accented with delicious Chinook, Columbus, and Cascade hops that give it piney and citrus notes. My absolute favorite was the Wrecking Ball Imperial Stout aged in whiskey barrels. The boozy chocolate flavors are heavenly! 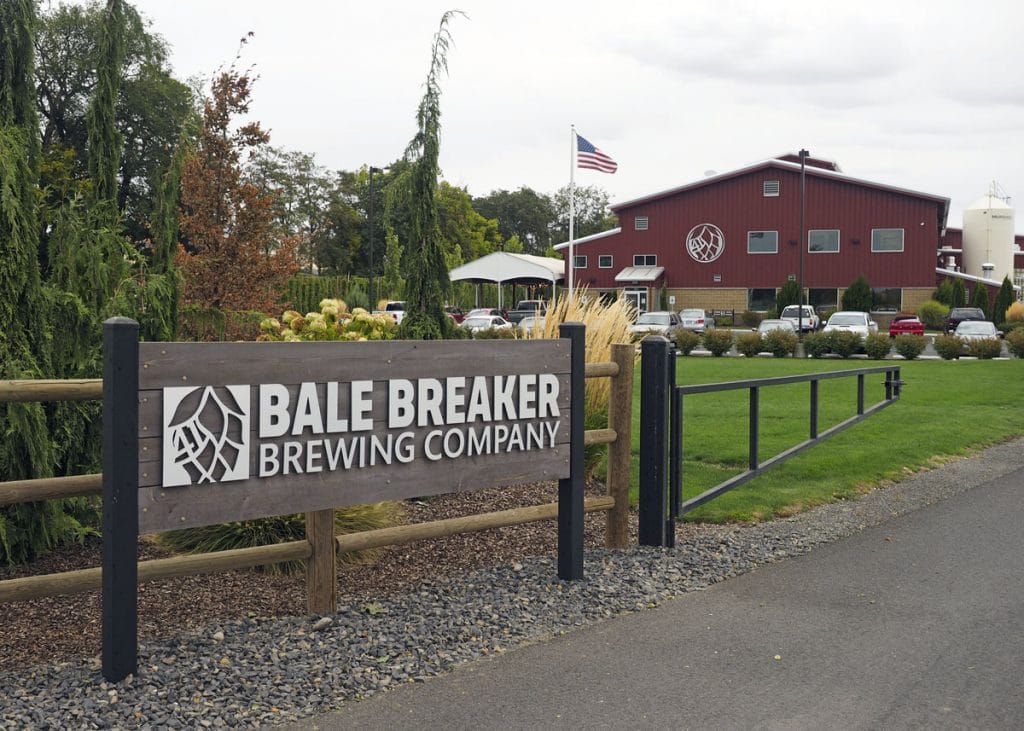 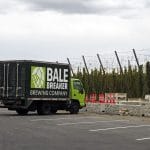 If loving hops were a religion, Bale Breaker would be Mecca. The family hop farm, Loftus Ranches, started growing hops in 1932 on 5 acres. Today, the farm is 11,000 acres and home to the 3 ½ year old Bale Breaker Brewing Company. The brewery is run by Loftus Ranch founders B.T. and Leota Loftus’ great-grandchildren: siblings Meghann Quinn and Kevin Smith, along with Meghann’s husband Kevin Quinn. Not surprisingly, Bale Breaker focuses on hoppy beers, and they do it well. A sophisticated lab allows them to fine-tune each beer recipe. 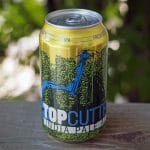 I was most excited to visit Bale Breaker on this trip. Three years ago, while staying in Wenatchee for the DMB shows, I stocked up on beer at the local grocery store. A can with farm equipment pictured caught my eye. That beer, Topcutter IPA, ended up being my favorite. I relished each hoppy sip and horded the remainder of the cans at home long after I should have. Drinking it always takes me back to my “happy place” at the Gorge listening to the Dave Matthews Band with my dear friends. 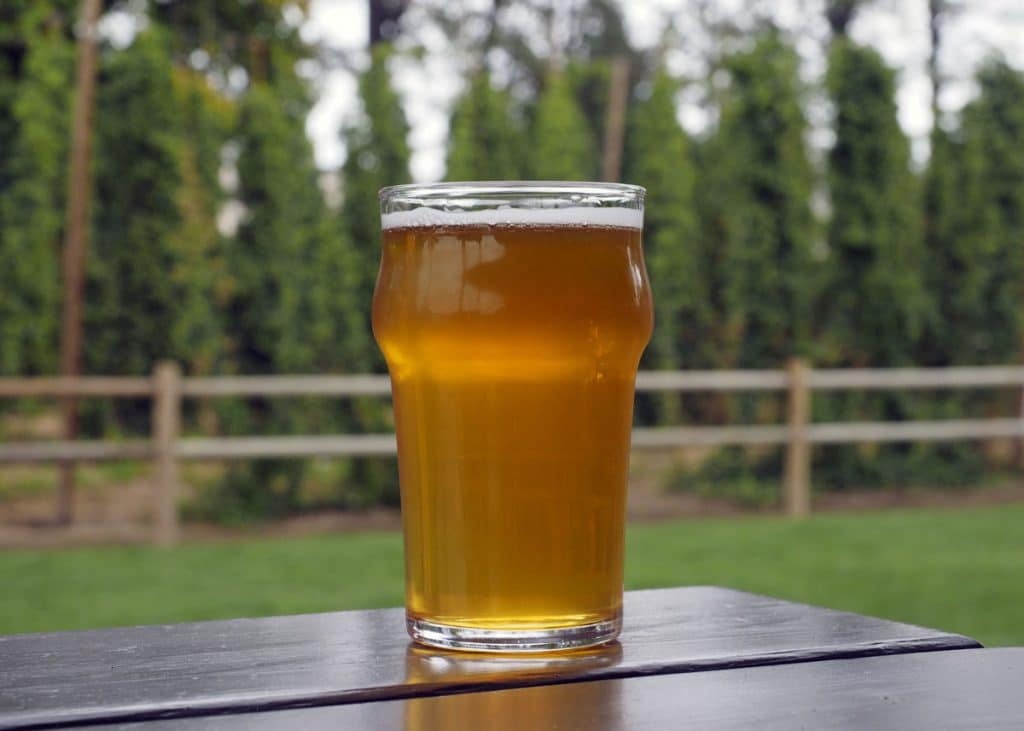 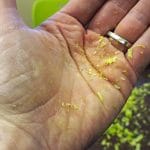 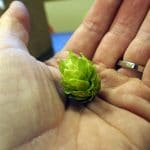 Tasting “fresh off the farm” Topcutter IPA on tap at the Bale Breaker taproom was a spiritual experience. The layers of hop flavors washed over me, and in that moment, I was happy just to exist. The Imperial version, Bottomcutter IIPA, is another impressive beer. It’s well balanced without tasting overly malty. Meghann took me into the holiest of holies where I anointed myself in the resin of the Lupulin glands of a fresh hop flower. She showed me the brewery and introduced me to her brother, the head brewer, who also happens to be a Dave Matthews fan. I followed her around with wide eyes and a reverence befitting hallowed ground. 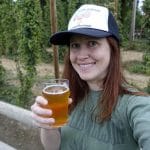 It’s my belief that all hop-heads should make a pilgrimage to Bale Breaker Brewing Company at least once in their lifetimes. Afterall, the Yakima Valley accounts for 77% of the United States’ hop crop. Bale Breaker sent me off to the Gorge fueled by the aromas and flavors of fresh hops still lingering in my consciousness.