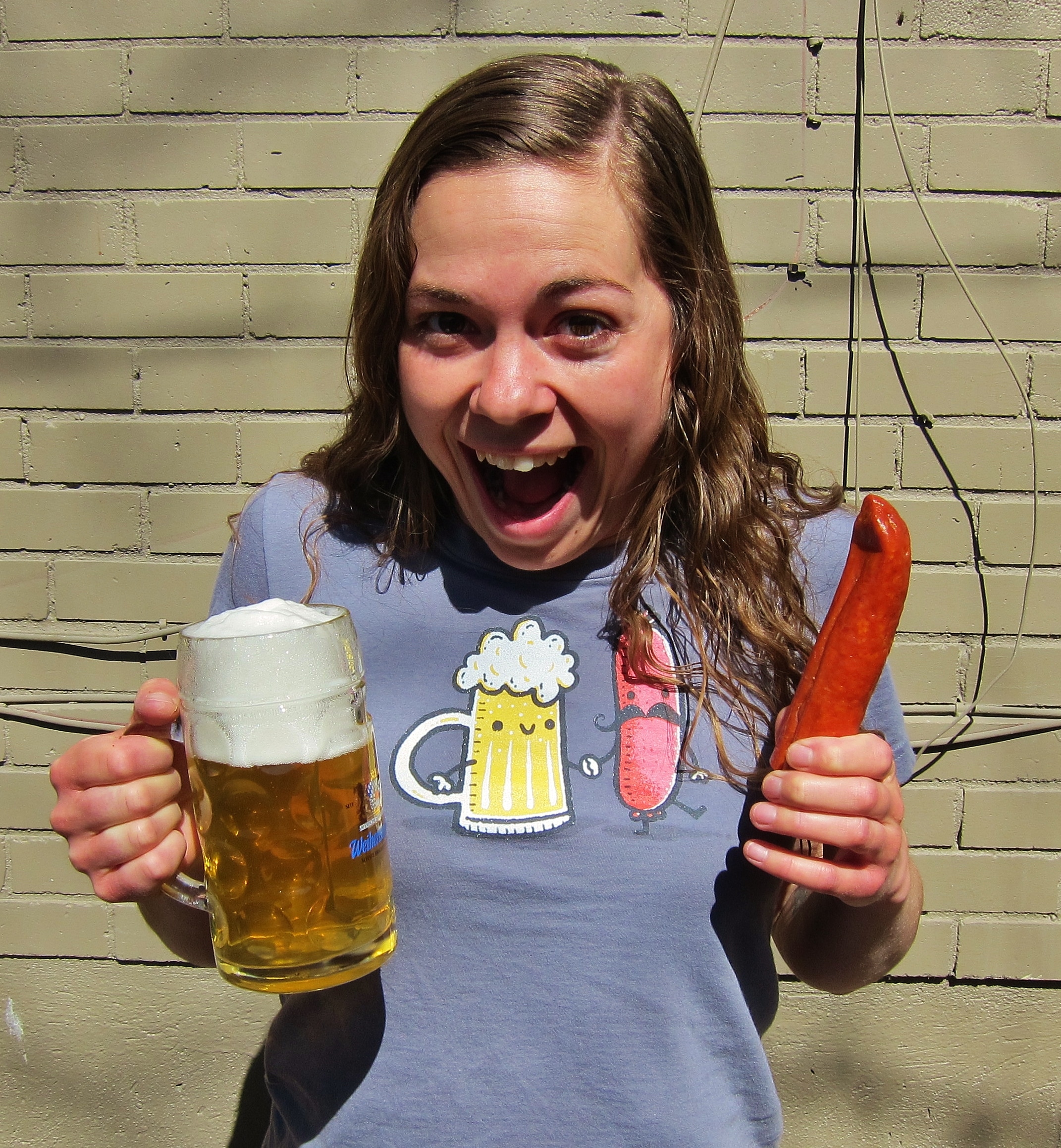 Just like my t-shirt implies, beer and food are truly best friends. Never mind that jealous drama queen named wine. She matches well with plenty of different dishes, but she’s not the only booze on the block with pairing prowess.

But I’m not here to bash. I love wine. I think it’s delicious. It’s just that I love beer much, much more! (Are you surprised?) Lucky for me, beer has a few best friends in the food world, and I think I’ve found them.

Last month, I put together a beer and food pairing class for Red Rock Brewing Company, and had the arduous task of tasting my way through our beer and food menu. Some pairings were alright. One or two were even awful. But after a couple sessions, I discovered several ringers I think you’ll enjoy.

It takes some know-how and a bit of luck to find an excellent pairing (which was one of my first blog posts for Red Rock). An adventurous spirit and patience for experimentation are sure to lead you right on down tasty-as-hell lane. But until then, here’s my list of beer and food pairings for Red Rock Brewing Company.

Please Note…
Not all food or beer items are available at each Red Rock location. Please view the restaurant’s individual online menu or call ahead before making a special trip. 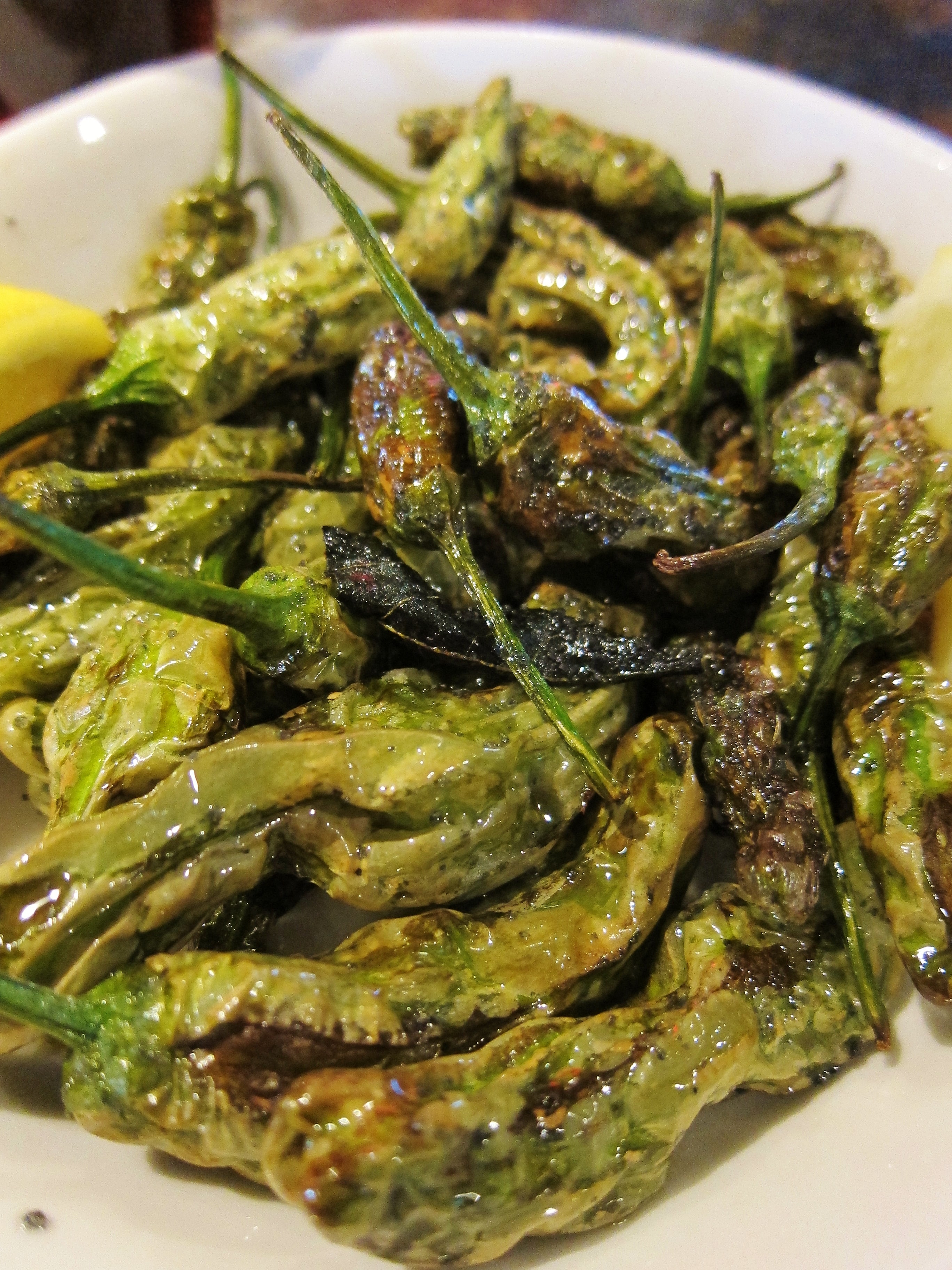 Matching intensity is always the first step to finding a good pairing, and this one gave me a bit of trouble. The peppers have Hawaiian black lava salt on them, which gives a nice punch of saltiness on the first bite. I interpreted this as moderate intensity, which subsequently threw off all of my potential beer pairings. What I finally came to realize was the salty punch wore off quickly, yielding to a mellow, low intensity pepper. As soon as I figured it out, –boom– German Pilsner stepped in as a winner.

Bruschetta is one of my favorite food dishes on the planet. Super fresh ingredients on a crunchy, bite-sized piece bread? Yes, please. I’ll take 20. Being such a tasty morsel in its own right, I wanted to pick a beer that would gently compliment and uplift the food flavors I love. Easy-going Dortmunder was the perfect beer for the job.

Why It Works…
Both the lager and bruschetta have moderate intensity, and share a bready character. The slight, malty sweetness of the lager provides contrast with the salty and tangy qualities of the bruschetta. The herbal notes from the bruschetta are complemented by the gently bitter finish of the lager. The oily, creamy quality of the bruschetta is scrubbed off the palate by the lager’s carbonation. Overall, this pairing works on a complementary level, creating complexity.

There’s a whole lot going on here. In terms of intensity, this smoked salmon dish is a heavy weight, and it’s important to find a beer that can take a few hits. A beer with high alcohol content would be a good choice, but I wanted a beer that would compare and contrast with the food, not just cut the intense flavors. I originally thought Le Quatre would be a good match for the shishito peppers, but their surprisingly low intensity was crushed by the citrusy, tart fermentation character. That’s when I discovered the smoked salmon and saison had a bit of an affinity for one another. This pairing covers all the bases for a desirable match made in my mouth. 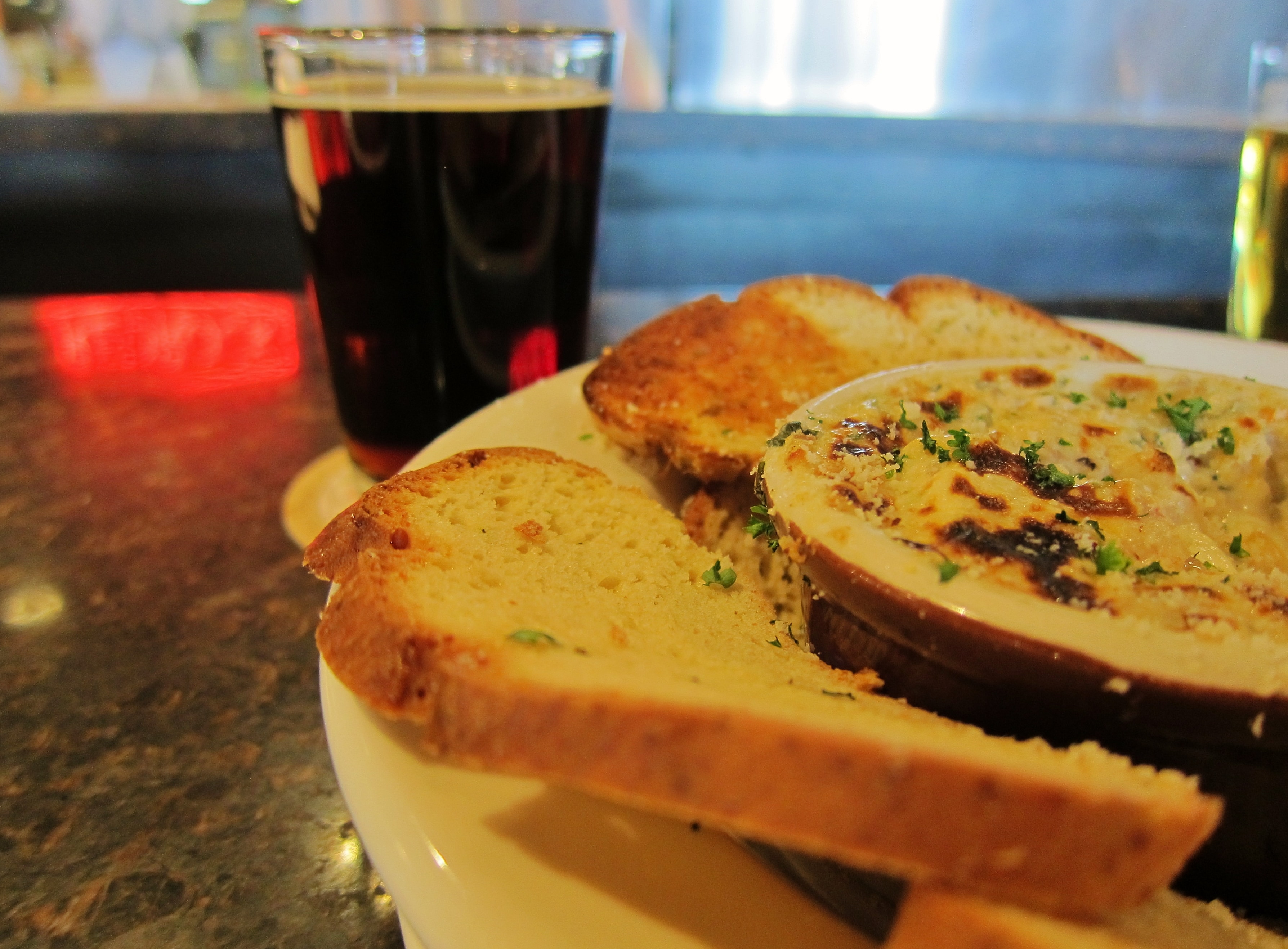 I consider this the non-calorie-counter’s bruschetta. It has similar fresh ingredients, but it’s smothered in ten times the cheese. What better way to compliment a nutty, gooey, bready, piece of yum than with a beer that literally has “nut” in it’s name? Nut Brown was a no brainer. For those of you wondering, nut brown ales do not typically have nuts in them. They’re called nut brown ales because of the nutty character derived from the malt. In any case, it’s an easy, tasty match. 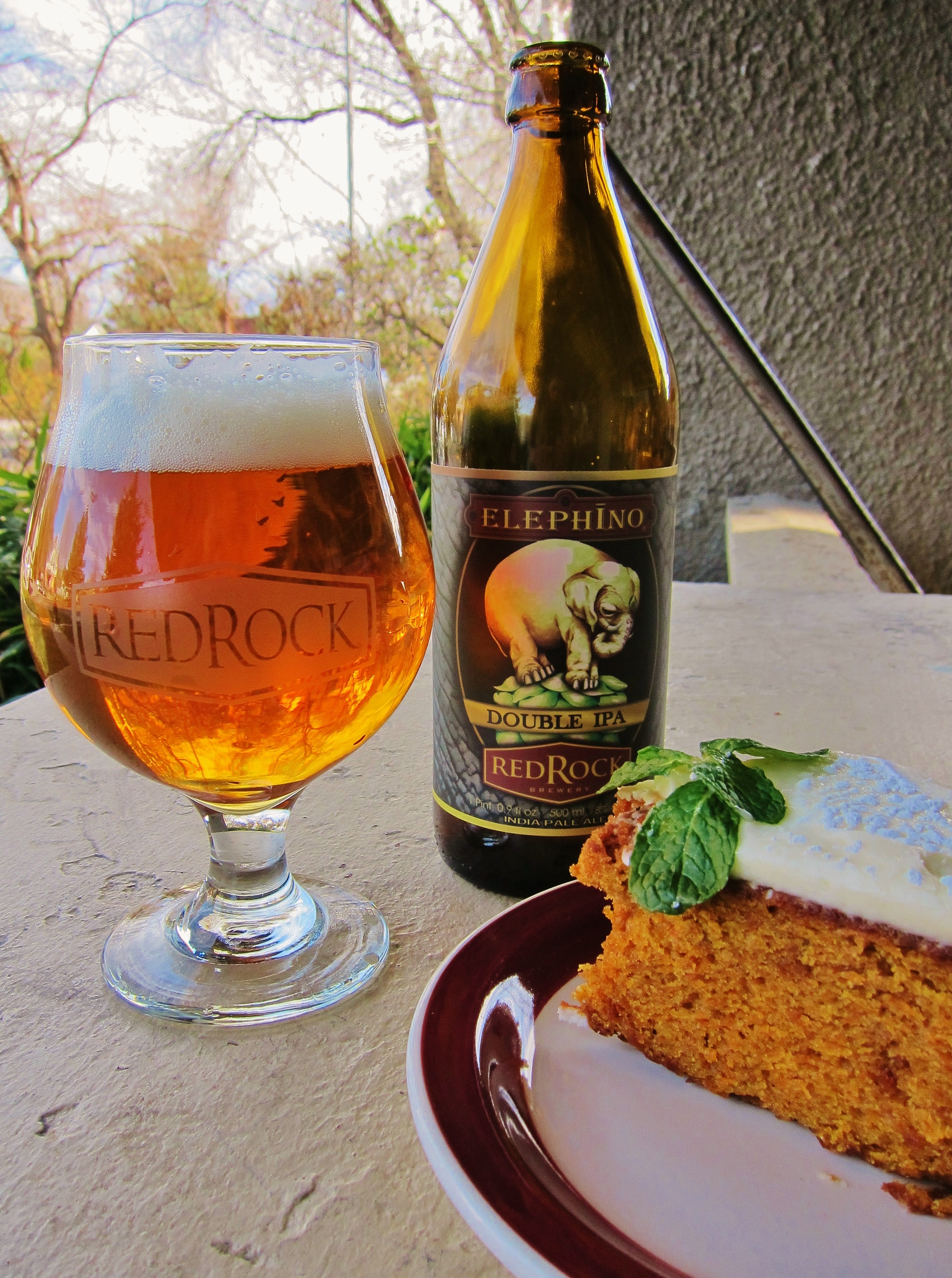 Welcome to my favorite pairing of all time. If you only ever try one pairing from this list, this is the one. It’s stupid easy, and stupid delicious. I don’t have anything else to say. 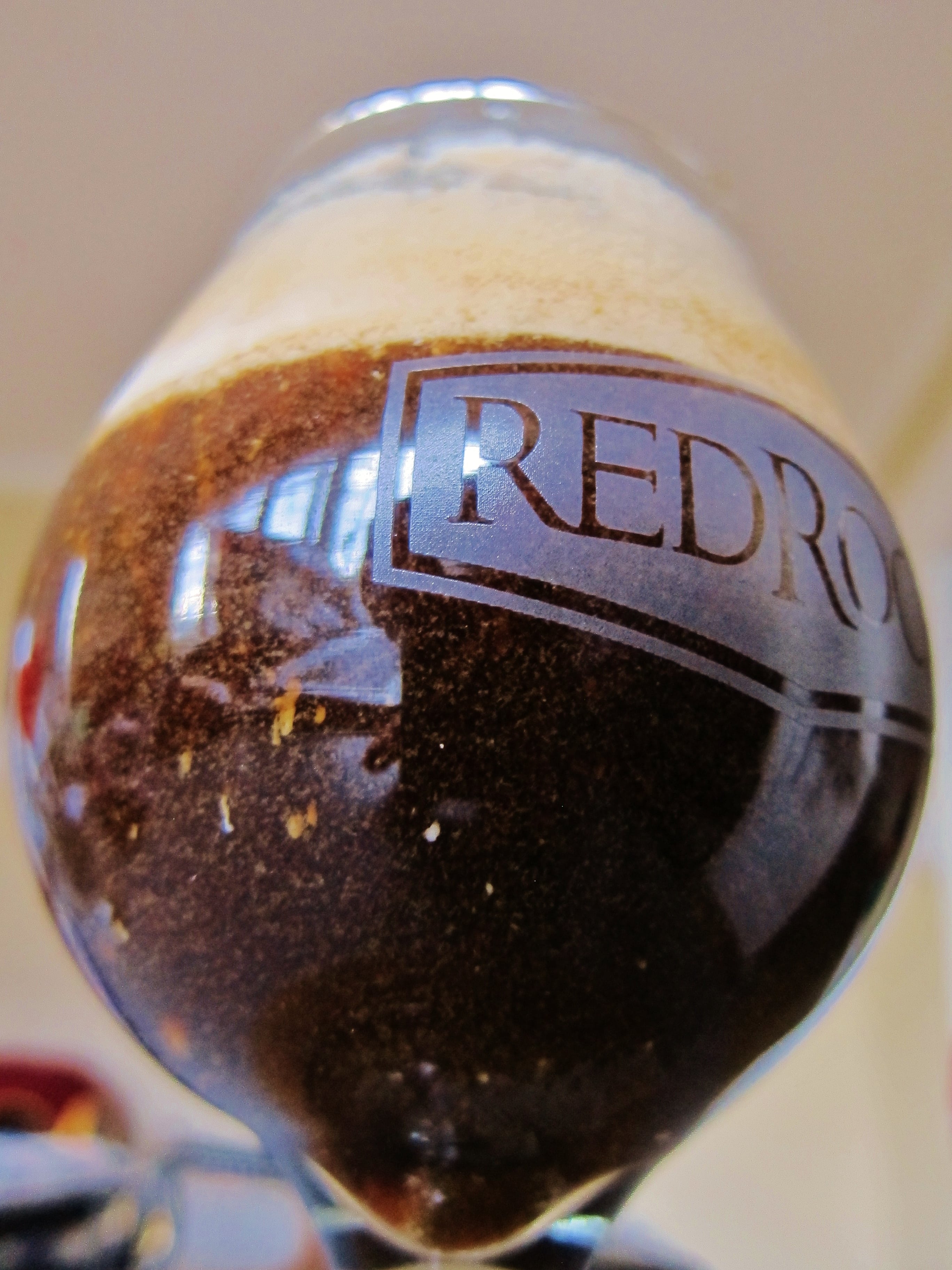 This pairing works a little bit different than the other pairings listed here. With this one, you’re not going to take a bite of food and then a sip of beer. No, you’re going to take that scoop of ice cream and plop it right on into your stout glass. WARNING! Do not do that the other way around (pour the beer on the ice cream), unless you enjoy a glass of foam that will last longer than your patience. Try this one at home, folks!