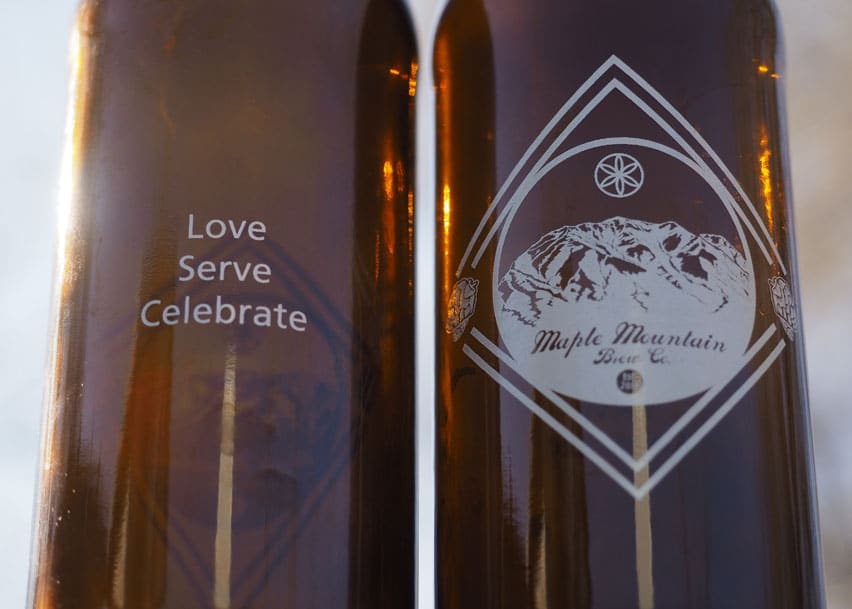 Utah is known as “Mormon Country,” but nowhere is that more true than in Provo (home of BYU) where Mormons are more numerous than they are in the church’s Salt Lake City headquarters. Mormons have a reputation for being a sober population, and a brewery hasn’t existed at all in Utah County since Prohibition. But there is hope for craft beer lovers living in this Mormon dominated valley. Maple Mountain Brew Co. is determined to open in Provo despite the obstacles. If they can succeed, they will truly be pioneers of beer in Mormon Country.

Ironically, it was the Mormon pioneers who did the first brewing in Utah. The Word of Wisdom, issued by the prophet Joseph Smith in 1833, is the part of Mormon doctrine that suggests alcohol (strong drink) shouldn’t be consumed. But it wasn’t practiced in its stricter sense until 1921 when complete abstinence became a requirement for entry into Mormon temples. Before Utah was a state, the LDS Church effectively ran the government and, though beer and even whiskey was being manufactured here, they kept a tight hold on the reins and control of the industry.

Today, the Church remains influential on local government, and they still take a great interest in Utah’s alcohol laws. Despite conservative laws, a rich community of brewing in many Utah cities has grown. Mormons may dominate Utah’s population, but they clearly share the state with a lot of beer lovers too. Over the years, even Provo has grown more diverse. There is a demand for craft beer and not a single brewery to serve those who seek it out. It’s only natural Provo should join the club.

Andrew Fullmer, the man behind Maple Mountain, is a direct descendant of the Mormon pioneers who settled Utah. His family has lived in Springville, a small town just next door to Provo for more than 150 years. For the past 3 years, he has been working tirelessly, along with his friends and partners (Preston George, Tyler Steele, and Kurt Crandall), on opening a brewery in the area. They’ve literally built it with their own hands and done so without a lot of money. If all goes well, they hope to open a bottle shop at their brewery in the summer of 2016.

It’s clear that passion is what drives Maple Mountain. Without that passion, they wouldn’t have the energy to overcome the many hurdles they face. Though a brewery opening in the Provo area seems inevitable, the doors that would enable such a business to begin remain shut. The city doesn’t have an existing license for beer manufacturing. The only way to get that license on the books is for the City Council to pass legislation creating it. As you can imagine, Provo City Council members are hesitant, as the LDS population there may not welcome a brewery into their midst.

That’s not to say that Utah County is dry. There are bars, state liquor stores, and beer for sale in local grocery stores just like the rest of the state. If residents want to get drunk, they can do that! But craft beer is more about the taste than catching a buzz. For devotees, beer is an art form, and small breweries like Maple Mountain are the artists. They want to pair beer with food like many do with wine. They see beer as something natural – a joy of life! Even early Mormons considered beer a drink of moderation and nutrition. So let it flow!

If you, dear beer lover, would like to see the good drink manufactured fresh and locally in the Provo area, there is something you can do to help. First, sign the petition and be sure to leave a comment detailing where you live and why you think Utah Valley needs a brewery. If you’d like to do more, you can write a letter (or letters) to the members of the Provo City Council. This would be helpful particularly if you are one of their constituents. Please, keep any and all letters positive and thoughtful. We want to build goodwill with the community and let them know that a brewery in Provo is something to be embraced, not feared. 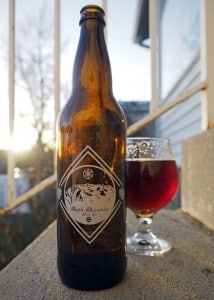 As with any new business, a brewery creates jobs and can be an economical enrichment. For those who come from other places, it’s a familiar refuge that represents one of life’s pleasures. Mormons and beer drinkers may have their differences, but there is a real opportunity here for the community to come together with tolerance and respect for one another. Like the pioneers who came before them, against the odds, Maple Mountain Brew Co. is blazing a trail and building something that Provo can be proud of.